Support us by fundraising at your local golf club

Someone is diagnosed with bowel cancer every 15 minutes. That’s 16 people in an average round of golf.

You could support our lifesaving work by combining your love of golf with fundraising. The money you raise will fund vital services and lifesaving research to help ensure a future where nobody dies of bowel cancer.

From a simple driving range competition to choosing us as your club’s charity of the year, you can support us in any way that works for you.

We’ll provide you with dedicated support and materials to make your event a success. Let’s get the ball rolling – get in touch today! 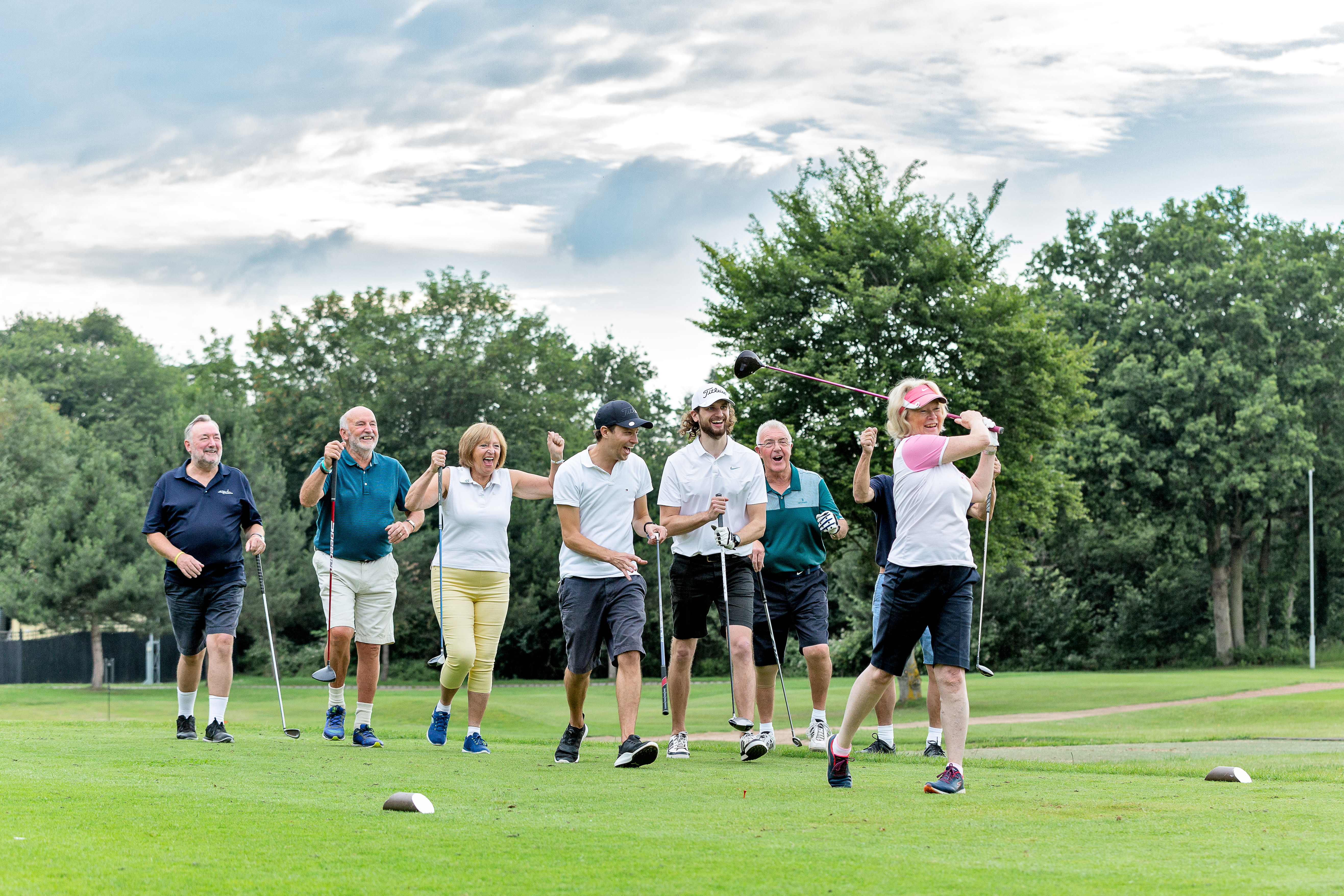 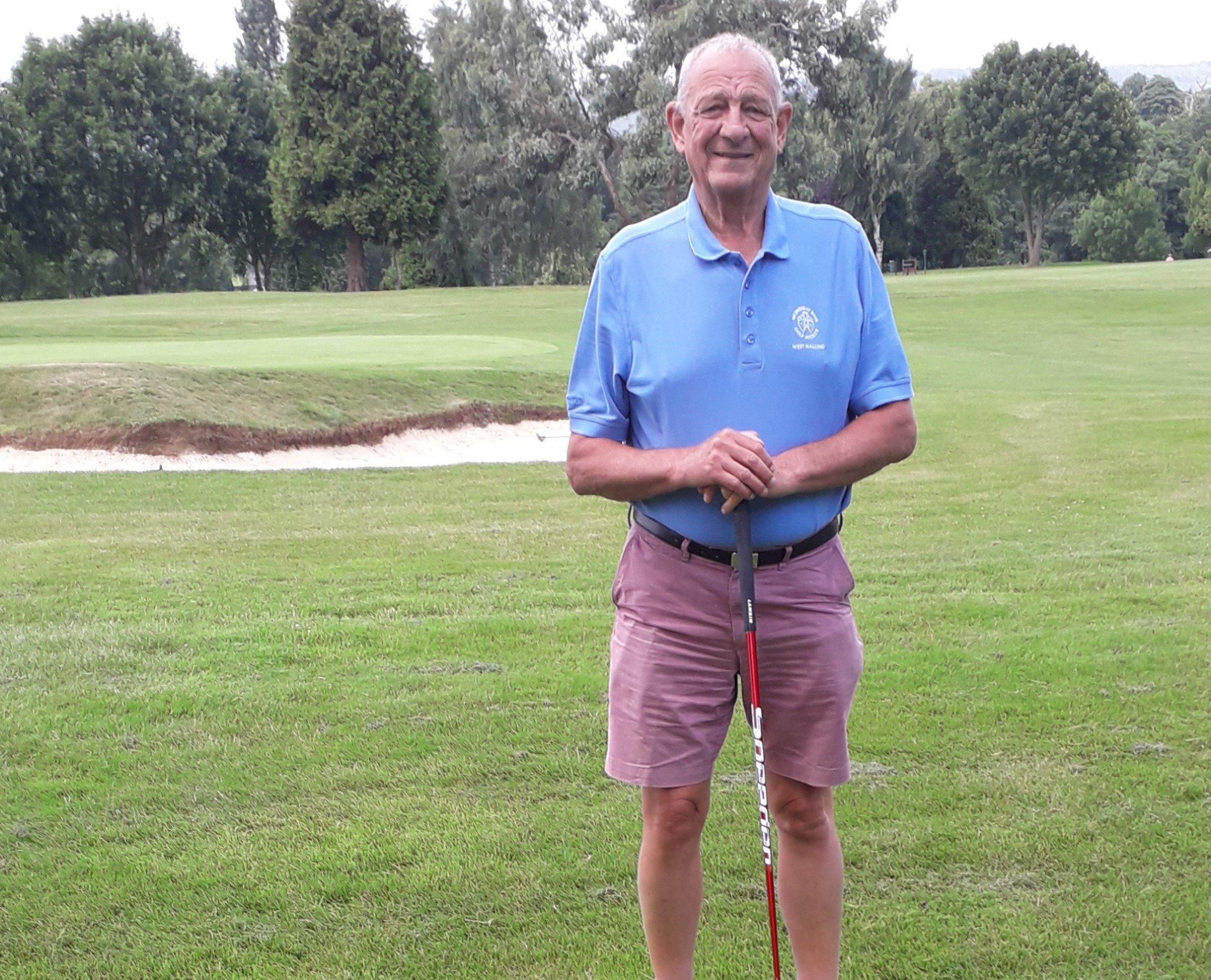 Goff, 72, is a long-time supporter of the charity and has raised an incredible £29,000 in the past ten years through golf days.

“My late wife Sheila was diagnosed with terminal bowel cancer in 2003 and over the almost six years she fought the cancer, the charity was a tremendous support to her and me so when she died in 2009, I wanted to give something back. With the support of my golf club and my friends, I decided to run a charity golf day. I wanted to raise funds, increase awareness of bowel cancer, and enjoy a fun day with so many who had known my wife and supported me through many dark days. We started with 13 teams in 2009 and grew to 27 teams with 108 players in 2018.

In my opinion, the day first and foremost must be fun and competitively priced, so that everyone can take part. I never charged more than £180 per team of four, this included breakfast on arrival, a round of golf and a simple meal afterwards. We always give out prizes and hold a raffle afterwards and the event wraps up by 5pm latest. A raffle is a must when organising a golf day, we normally raised around £800 from that alone.

I am proud to have spread the word and increased awareness in the fight against bowel cancer and in the process, raised significant funds for the charity.” 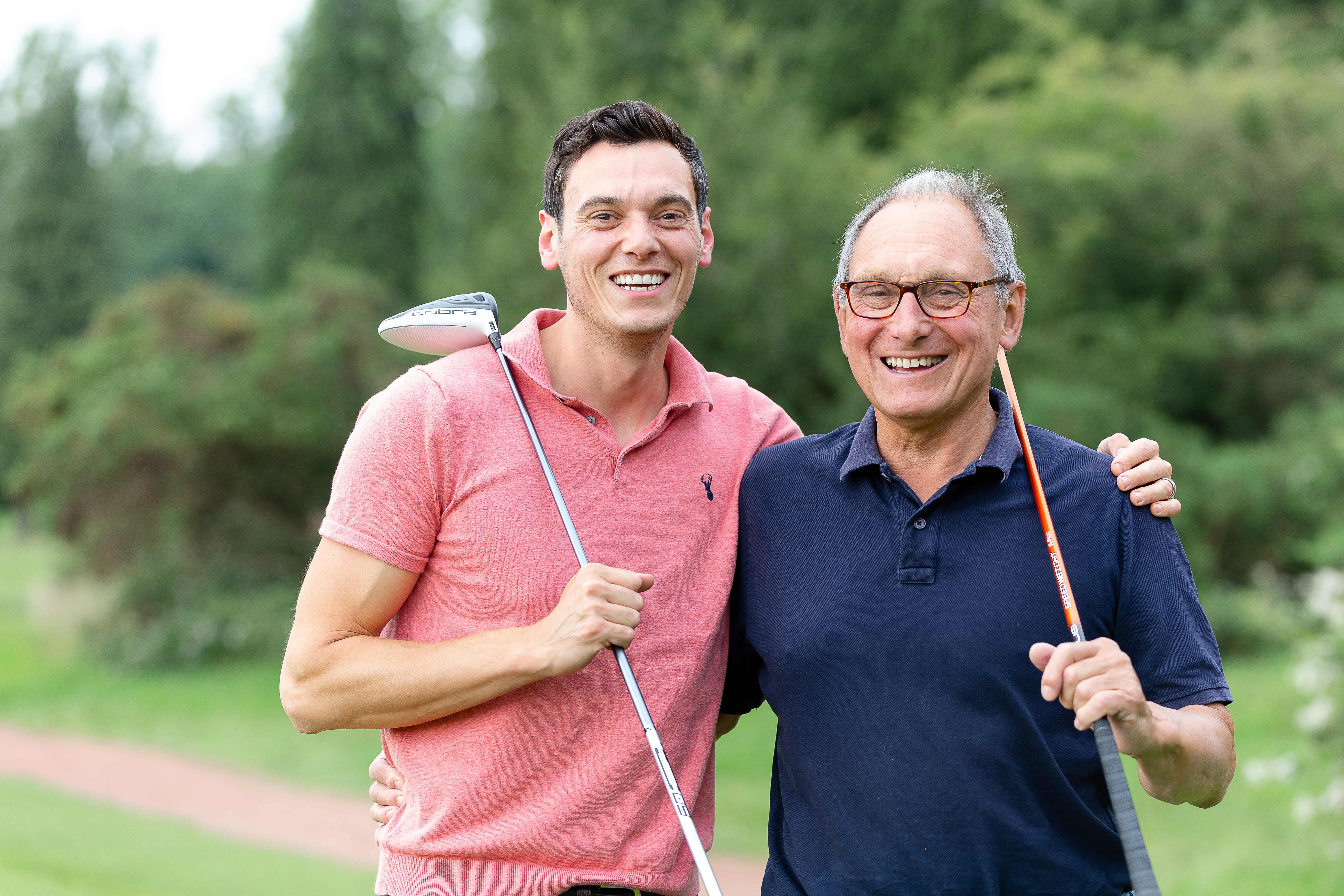 Louis has organised a Lads versus Dads golf day for the past 10 years with his son Joe, raising over £7,000.

“I got the idea for a golf day when my Joe was running a marathon and I wanted to help him reach his fundraising target. The concept for Lads versus Dads came from my Joe and his group of friends (the lads) that he’s grown up with, challenging their dads to a game of golf. It is such a fun event, and the perfect opportunity to have some healthy competition and enjoy spending time with the family. The event has grown since we started, and you don’t necessarily need to be a father and son duo to take part, anyone can come along. Every year we ask the fundraising team for bespoke certificates for us to give out as prizes and the branded banners are really useful on the day.

It gives me such a boost when I go round collecting raffle prizes for the day and I get to talking with people, and as soon as mention bowel cancer, there is always someone who knows someone who has had it or is going through treatment.

I would encourage everyone to get involved and fundraise for the charity. There are so many things you could do to raise some money, even a few hundred pounds will help. It’s fantastic to know that the money we have raised is going into bowel cancer research and support to patients and their families.” 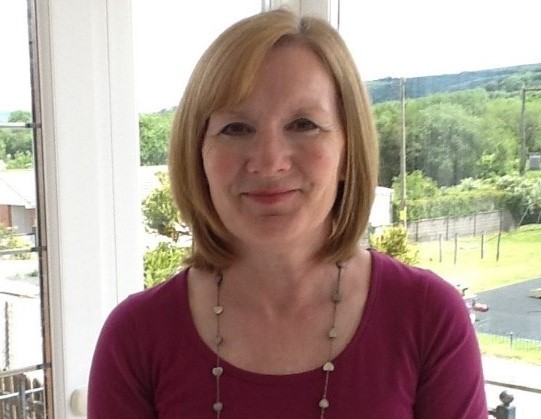 Maria was Lady Captain at Garnant Golf Club in Carmarthenshire, Wales in 2018. Together with her fellow golfers she raised £820 for Bowel Cancer UK.

“We are a relatively small ladies section of 18 golfers but every year we work hard to raise money for charity. During my captaincy I wanted to support Bowel Cancer UK, this is a cause close to my heart as a close member of my family passed away due to bowel cancer.

We found that one of the easiest ways to raise money was by holding raffles. People are usually more than happy to purchase raffle tickets especially when they know that the money is going to a good cause. We held a Christmas hamper and Easter basket raffle, we also organised afternoon teas where we provided lots of homemade cakes and sandwiches. To promote our events we made posters and informed the local newspaper too.

We organised charity golf competitions and charged an entrance fee. Ladies were able to win prizes for things like nearest to the pin and longest drive. In the past, although not during my captaincy, we have also held a fashion show.

In total we raised £820 for Bowel Cancer UK. I enjoyed organising all the fundraising events and I am so pleased that with the support of my fellow golfers we were able to help such a worthwhile charity.”

Tee off and help us save lives