Our work in Northern Ireland

We undertake a range of activities in Northern Ireland as part of our work to save lives and improve the quality of life for all those affected by bowel cancer.

Volunteers in Northern Ireland, who've been affected by bowel cancer in some way, deliver online bowel cancer awareness talks to workplaces and community groups, helping people to understand the signs, symptoms, and risk factors, as well as the importance of screening. Find out more and book a talk.

We provide information and support

We publish a wide range of free patient information covering all aspects of bowel cancer; from treatment and surgery to dietary advice and much more. Our booklets and factsheets are used by many hospitals and are given to patients when they're newly diagnosed or at certain points throughout the course of their treatment. For more information on how to download or order our information, click here.

Our training and education equips healthcare professionals with the knowledge and confidence to support early diagnosis and best treatment and care. We have delivered a wide range of training and education across Northern Ireland – including GP study evenings, nurse study days and bowel health and screening workshops.

Keep up to date with our latest training, education and study days

Over 40 GPs attended the event and we found that 100% of attendees found the course useful or very useful, and 97% said that they could apply the knowledge learned. To find out more about our GP study evenings please email professionals@bowelcanceruk.org.uk. 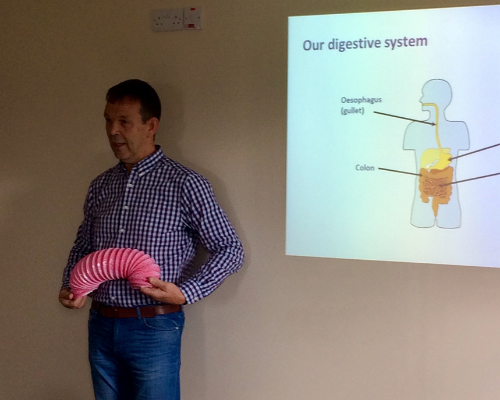 We campaign to improve early diagnosis of bowel cancer and access to best treatment and care and we've had a number of successes. Our flagship Never Too Young campaign has changed GP referral guidelines to include younger people for the first time.

In June 2019, as part of a week of action, we took our #TimetoTest petition to Stormont, calling for better identification and management of people with Lynch syndrome.

In March 2019 we welcomed the announcement by the Department of Health to commission a new cancer strategy for Northern Ireland. We said: "We strongly feel that the strategy must include a firm commitment to introduce the new, more accurate bowel cancer screening test, the Faecal Immunochemical Test (FIT) and to reduce the screening age to 50. Northern Ireland is the only UK nation not to have made these commitments yet this will be a game changer for bowel cancer screening and has the potential to save many lives.

"The cancer strategy must also provide a review of current diagnostic workforce capacity followed by a fully funded plan to address any potential staff shortages in endoscopy and pathology services to ensure that the bowel cancer screening programme can be optimised.

"The new strategy must be accompanied with the appropriate leadership and funding to address challenges facing bowel cancer services in Northern Ireland. We look forward to working supportively with the Northern Ireland government and other health bodies to ensure successful development and implementation of this important cancer strategy."

We encourage people to take part in the bowel cancer screening programme. In Northern Ireland the bowel cancer screening programme is available to all 60-74 year olds. Uptake rate is currently 60% but we need to do better. Thousands of people are missing out on the chance to detect bowel cancer early when it is easier to treat. Our awareness talks encourage people to take part in screening by talking to them about the benefits and explaining how to do the test. Find out more about bowel screening in Northern Ireland.

You can campaign with us and sign up as a campaign supporter to help us improve early diagnosis and access to best treatment and care for all those affected. Sign up and support our campaigns. 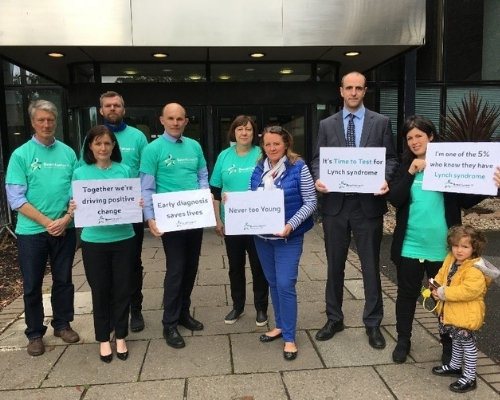 We're determined to help save lives but we can't do this without you. There are lots of ways you can support us in Northern Ireland and help fund vital services and lifesaving research to save lives and improve the quality of life of everyone affected by bowel cancer.

One wonderful woman, Rosi Kirker Miller, championed the cause to raise awareness in Northern Ireland. She tirelessly campaigned for greater awareness of bowel cancer and better screening despite knowing she could not be cured. Sadly, Rosi passed away but her family and friends have continued to support us and raise awareness and funds.

Here are some of the ways that you can join us:

There are lots of ways you can support us in Northern Ireland and help us to stop bowel cancer. Join our team to run, cycle, abseil, skydive or bake a cake, and we'll support you all the way. Contact us at nations@bowelcanceruk.org.uk or find an event near you using the link below.

Find out more about how to get involved

Our team in Northern Ireland 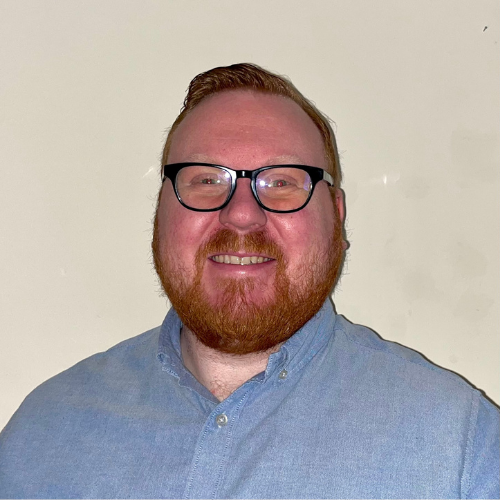 We have three clinicians based in Northern Ireland who sit on our medical advisory board and scientific advisory board. Professor Mark Lawler, Mr Mark Taylor and Professor Richard Wilson help to provide expert advice and guidance to the charity and board of trustees. 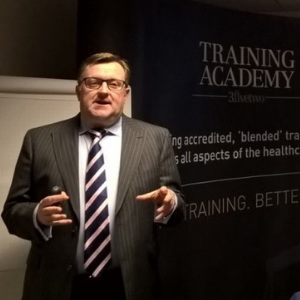 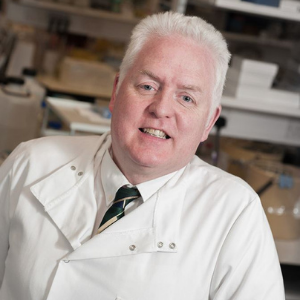 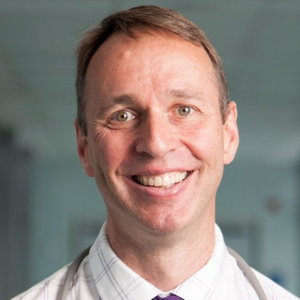