State of the nations: patients continue to see increasing delays in diagnosis

Each nation set standards and measure success in different ways but the same story can be told regardless of where you live: patients are less likely to begin treatment in a timely manner because of delays in local diagnostic pathways.

The NHS in England gathers data against a 'two week wait' target where 93.5% of patients should be seen by a specialist within 14 days of referral. The most recent information for August shows performance against this target was significantly lower than should be expected with 15% of patients waiting longer than 14 days. This is the highest figure we've seen in England in 2021.

Patients in England referred with an urgent suspicion of cancer should also begin their treatment within 62 days from the point of referral. Worryingly, but not uncommon across the UK, less than half (49.7%) of patients treated for lower gastrointestinal (GI) cancers (including bowel cancer) are beginning treatment within this time.

Accessing diagnostic services is a large part of the problem. Of the almost 85,000 people on the waiting list for investigations in August, 42% were waiting more than six weeks for an endoscopy (colonoscopy or flexi-sigmoidoscopy, which can diagnose bowel cancer), with a quarter of people waiting more than 13 weeks.

The picture in Scotland is similar. While the latest figures only cover up to June 2021, they still show the same problems as seen in England above.

A positive from Scotland's data is that the number of bowel cancer patients being referred has now returned to pre-pandemic levels with 606 eligible referrals in the quarter April to June. This is the highest level since January to March 2020 when 619 people who were subsequently diagnosed with bowel cancer, were referred.

Monthly cancer waiting time figures for Wales cover the period up to and including August 2021. Wales moved to a Single Cancer Pathway approach in 2020 and targets were updated at the end of last year. The Single Cancer Pathway (SCP) is a Welsh Government target for diagnosing cancer and starting treatment more quickly. It also indicates where information and support should be provided across the pathway.

A temporary target of 75% of urgent referrals beginning treatment within 62 days exists in Wales, although this target should be increased to 85% in future.

Figures for August show less than half of lower GI (including bowel cancer) patients were seen within this time. Only 46.9% of patients began treatment within 62 days in August's data. This is a significant way short of where performance against the target should lie and is the lowest figure since the target was set in December 2020.

Quarterly data for NI covers up to and including the period April to June 2021. Against the 62 day wait for treatment following urgent referral (95% target), lower GI showed only 30.6% of patients met this target in June. This was an increase from 25% in May.

Lower GI is the lowest of all cancer types in NI to begin their first treatment within 62 days following an urgent referral. Similarly to other parts of the UK, NI sees much stronger performance against the 31 day standard (the gap between cancer diagnosis and treatment starting) with 94.9% meeting this target.

What is the problem?

It can be seen from the data that access to treatments is substantially better than access to diagnostic tests. Across each nation the proportion of patients beginning treatment following a diagnosis of bowel cancer is high.

Compliance with the national targets drops considerably once the earlier part of the journey is included: the diagnostic pathway. With anything from one third to three quarters of patients beginning treatment within 62 days of referral for bowel cancer, we can see that access to diagnostic tests is where the pressure lies.

The extent of the delays to accessing diagnostic tests, such as colonoscopy, varies between and within nations but the same pattern persists regardless of location.

While COVID undoubtedly had an impact on urgent referrals and bowel screening, the data provided by the health services in each part of the UK shows pressure on diagnostic capacity was already causing delays for patients. COVID can be said to have made a bad situation worse.

What needs to be done?

The speed and accuracy of diagnosing bowel cancer is of critical importance to patient outcomes. Bowel cancer is the UK's second biggest cancer killer. However it shouldn't be because it is treatable and curable especially if diagnosed early. Nearly everyone survives bowel cancer if diagnosed at the earliest stage. However this drops significantly as the disease develops. We recognise COVID has put the NHS under tremendous strain but we are also aware that many of today's problems existed before the pandemic.

Governments across the UK have spoken of the need to recover from the pandemic and while we agree with this well-meaning intention, we believe the situation facing cancer diagnostic services, and bowel cancer diagnosis in particular, requires a laser-like focus from key decision makers.

That is why we have been calling on the UK Government, through the recent Comprehensive Spending Review, to set aside the funds required to invest in staff and diagnostic kit. The charity also calls on the devolved administrations to use additional funds they may receive as a result of the budget to prioritise cancer diagnosis.

If the waiting times targets across the UK are to be met, we need to remove the bottleneck that exists within the diagnostic pathways. Investing in staff and kit will take the pressure off hard-working NHS staff, improve services for those diagnosed with bowel cancer and ultimately save lives. 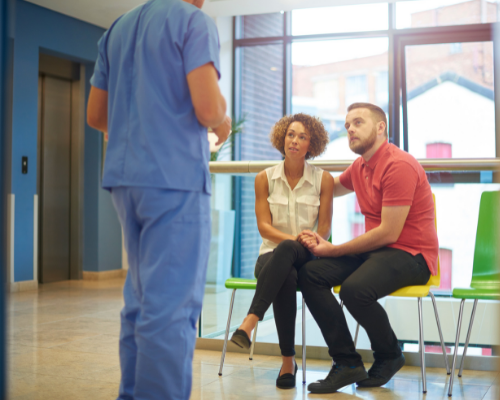