In 2014 my entire world changed. I was working as a biomedical scientist doing cancer research and had just finished my masters in the subject at The Australian National University in Canberra. I was overjoyed to find out I’d been awarded The Australia Prime Ministers Endeavour Postgraduate Award, which meant I had a scholarship to continue my studies and do my PhD at a top university in Australia. I felt amazing.  All my hard work was starting pay off and now an incredibly bright future lay ahead of me.

Before I started my studies, my husband, my six year old son and I went back home to Indonesia for a few months to relax. In January, I went to my doctors as I was noticing rectal bleeding, stomach pain and was very bloated. At first my doctor thought it was hemorrhoids and indeed the symptoms were relieved by suppositories, but by late January he had booked me in for a colonoscopy due to severe anemia.

It was only a few days after my colonoscopy that I was told I had stage 3 bowel cancer.

The diagnosis felt like the end of everything. I completely broke down. I truly thought I would die. I’d spent so many years researching this disease, I knew the statistics and I was terrified. I had so much I still wanted to do, huge dreams to fulfill and my beautiful little boy to raise. The idea that all of this could just be snapped out of existence was shattering.

Working in cancer research and then been diagnosed with the disease completely threw me off kilter. Because my working life is so entrenched in cancer it became incredibly easy for me to get bogged down in statistics and reports. I was constantly overthinking my diagnosis and treatment. If anything, my knowledge was haunting me, rather than helping.

So much of my job is around treatments that are still theoretical or being tested, rather than what patients might be given. It was so frustrating to have this ideal treatment world in my head and then having access to something so different. It started to have a really negative effect on my mind, so my husband stopped me from researching my diagnosis so much.

As I entered treatment, I was very lucky to have my family and friends by my side. Their support made the whole experience so much better.

I had resection surgery and was due to be discharged after one week. However, something had gone wrong during my operation, my surgeon was concerned this could lead to sepsis if not corrected. So I underwent emergency surgery, which left me with a stoma.

Coming round and finding the stoma was difficult, as it wasn’t in my treatment plan. When I first saw it, I started crying. It felt alien and looking down at this strange new attachment on my body knocked my confidence.

Few weeks later I started chemotherapy. I was on eight cycles of XELOX. I had some neuropathy, but the worst side effect came between cycles four and five. I started bleeding heavily and was hospitalised for several weeks, needing a few blood transfusions. It was a very tough time as once again I needed to fight for my life, especially as my oncologist and surgeon couldn’t agree on if the bleeding was a result of the chemo or the previous surgery.

Eventually I recovered and finished up my chemo cycles. After this, I sat down with my surgeon to discuss reversing my stoma. They told me that this wouldn’t be possible. I was disappointed, but ok. By this time I’d gotten used to it. I’d started to see it as the thing that had helped save my life and that led me to a place where I could accept it as my new normal.

By early 2015 I was finished with treatment and recovering. For a year, I’d had to put everything on hold, but it helped me see my work in a new way. I realised that being a researcher and being a patient are two very different things. Even after all the books and journals I’d spent years reading, there was still only so much I knew about this disease. I’d now experienced the true physical and psychological implications of bowel cancer. It lit a fire in me. I was full of a vigor and zeal to investigate this disease further and do whatever I could to help reach a better understanding of it.

I decided I still wanted to continue research. So in October 2015 I moved to Nottingham to pursue my PhD. At first I was working in breast cancer research, but I felt that my experience of bowel cancer gave me a unique insight into this field of research.

I then decided to join the group of Professor Mohammad Ilyas, a renowned UK pathologist whose research focus is including bowel cancer. I am now almost concluding my PhD project in studying the interaction between cancerous cells and non-cancerous cells in bowel cancer patients.

I consider myself lucky to have an understanding and encouraging mentor such as Prof. Ilyas. Through his support, I’m so grateful that I could continue working in bowel cancer research. I have been recently granted funding by Bowel Cancer UK to investigate how the gut microenvironment can affect bowel cancer in younger people, a topic that so close to my heart as a young survivor myself.

Again, together with Prof. Ilyas, we have secured a research funding to extend the study to Indonesia, my home country, where the proportion of young patients with bowel cancer is relatively higher (about three times) compared to the UK. 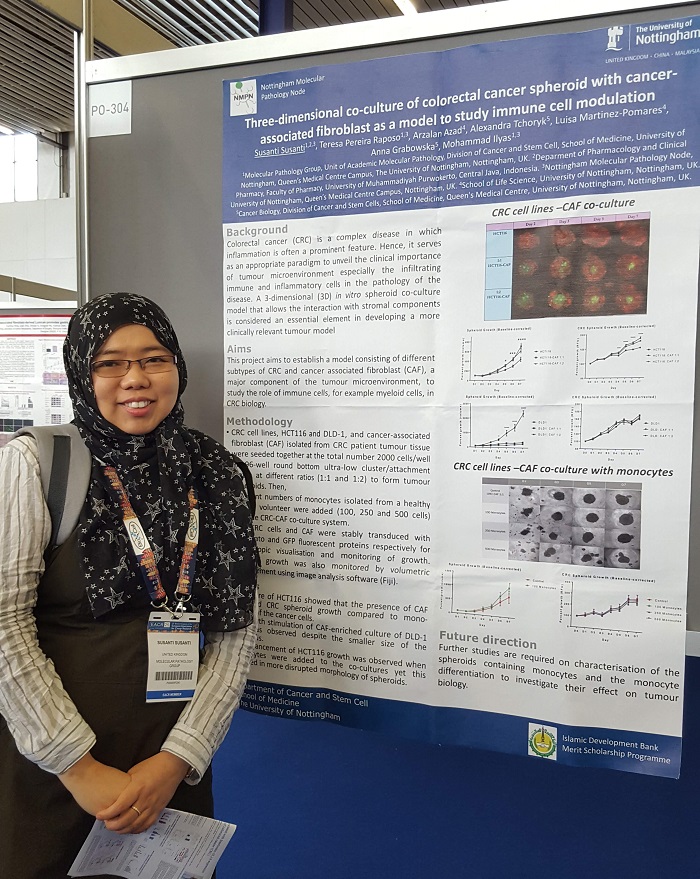 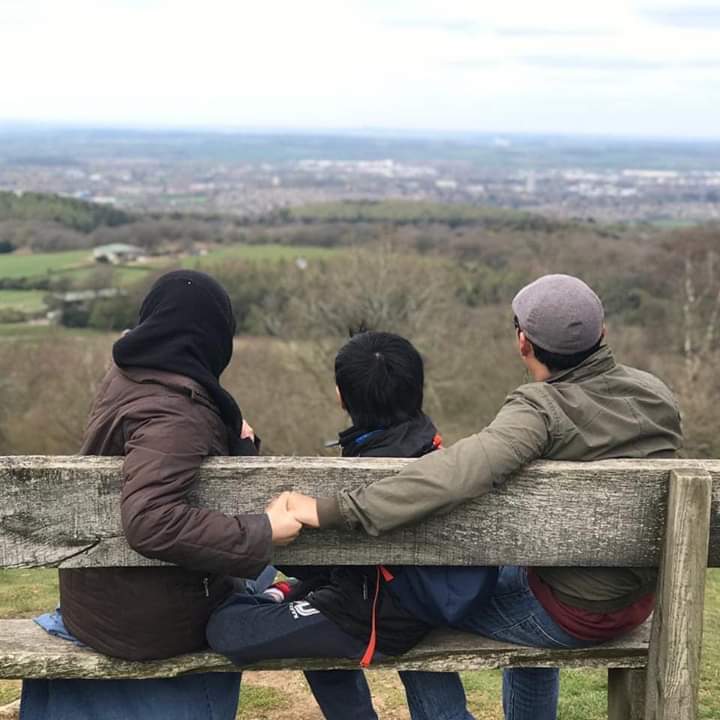