I was diagnosed with stage 3 bowel cancer in September 2019.

The very first symptoms I experienced started towards the end of 2018, with a light stomach pain and generally feeling more fatigued. These symptoms worsened from February 2019 onwards as I started to lose my appetite and feel extremely fatigued at work and during exercise. Up until this point I hadn't consulted with my GP or discussed it with anyone close to me. However, in late May after a night out with friends I was passing significant amounts of blood in my stool which I knew could be a sign of something fairly serious so I took a photo and booked an appointment with the GP.

The GP referred me for a colonoscopy but it wasn't until November. With neither my partner, Rachel, nor I having had any potentially serious medical conditions we assumed this was a relatively normal wait time and at the time, I still wasn't feeling awful. As July approached, the symptoms worsened again as I started to lose weight, become very uncomfortable going to the toilet, and being unable to concentrate properly at work or exercise. I visited my GP again to mention that I was starting to feel really rough and was told that I didn't have symptoms of cancer but it was likely to be Crohn's disease, ulcerative colitis, or simply irritable bowel syndrome (IBS), they did however bring my colonoscopy forward to September.

I went on my own to the colonoscopy, as Rachel and I were still feeling that it wouldn't be anything too serious. The procedure ended up being fairly traumatic and after I was told that it could be cancer, I had a blood test and then was sent home to wait for a phone call to understand the next steps. I received a phone call from the nurse later in the evening who was fantastic and even though she couldn't confirm whether it was cancer or not, she went through the next steps. I waited for Rachel to come home and told her the news that it could be cancer. We were obviously still so shocked. I hadn't told my parents that I was unwell, let alone the colonoscopy, so calling them and telling them that night was probably the worst experience of my life.

Two days later we were due to go to the Amalfi Coast in Italy for a holiday but we cancelled that so that we could get all the scans and tests done as soon as possible. The next day I went to work and I was very nervous about telling my boss. I had only been at the company for five months having just passed probation, so was very concerned about the potential financial implications that extended time off might have on us. However, they couldn't have been more supportive – professionally and financially. It was a huge weight off my shoulders knowing that we wouldn't struggle with money – and I feel so lucky to have worked with such a supportive company (Omnicom) during my treatment.

On September 15 after all the scans Rachel, my mum and I had a meeting with the surgeon, and they confirmed that it was stage 3 bowel cancer. I'd mentally prepared myself that it would be cancer, but at an earlier stage – it was a huge blow that it was a higher stage than I thought.

My treatment didn't start for another six weeks as there were a few additional scans that were needed and suspicious nodules on the lungs, which they wanted to understand more about before deciding the correct course of treatment. The wait for the treatment to start was probably the worst part of the whole experience, as it felt like we were getting bad news or increasing uncertainty every day. This was topped by being told that it wasn't currently possible for Rachel and I to have children after being referred to the fertility clinic – the initial plan was to freeze my sperm ahead of potential radiotherapy.

My chemotherapy treatment started on the 1 November – I had a 12 week course of oxaliplatin. I'd built myself up mentally that it would be awful, but I was incredibly lucky as it wasn't as bad as I thought. I was able to continue working through the 12 weeks, and towards the end of the first cycle my symptoms started to ease and my appetite returned, which meant we enjoyed a fairly normal Christmas.

A scan on New Year's Eve revealed that I had a good response to the chemo, but the tumour was pushing up against a wall giving a minuscule resection margin. It meant that I needed more treatment to shrink the tumour further before I could have surgery. It was a huge knock as we thought the chemo went well and had hoped the next steps would be surgery.

I immediately started a 25 day course of radiotherapy alongside chemotherapy. Again, I expected the worst but it wasn't that bad. I continued to work full time but I had to go to hospital every day in the morning, my employers continued to stay supportive throughout this disruption.

Towards the end of the radiotherapy I started getting a really bad back, which they gave me morphine for. I also felt very tired, I'm not usually one for napping but I felt myself falling asleep whenever I had a moments rest.

By the time I finished radiotherapy, the first case of covid hit the UK and whilst we waited for the results of the radiotherapy (which takes three months to show full effect) we watched as the situation at the hospitals got worse which built up a huge amount of stress about whether there would be any delay to treatment. As it turned out we were incredibly lucky in that the radiotherapy did work and we were given a surgery date for the end of May in a private hospital which was being used by the NHS for cancer surgery.

The surgery was complicated and took nearly eight hours, I had a few complications after which made the first few days out of surgery quite tough, and really tough on Rachel and my parents who because of covid weren't able to visit at the hospital, and were only able to get snippets of information. I ended up with an ileostomy bag, which is temporary but took some getting used to, luckily nowadays it feels almost normal and I'm eating and exercising pretty much as before with it. I was out of hospital within 8 days.

After some scans in June we were told the good news that I was disease clear and surgery had been a success, the last step was a repeat 12 week course of oxaliplatin to try and prevent it returning. I felt much more nauseous during chemo this time, but was still working and the mental boost of it being the home straight made feeling rough a lot easier to take. Chemo finished in the middle of September almost a year to the day of receiving the bad news, I have scans every three months for a year to monitor the situation and will hopefully have the ileostomy reversed before the start of summer this year.

I feel unbelievably lucky to have got through the treatment successfully, especially given the bulk of the treatment taking place during covid. I really can't fault any of the treatment and care I received from any of the staff either, everyone was amazing and helped Rachel and I get through. I'm also aware of how lucky I am to have had a supportive employer to take the financial stresses away plus an incredible support network of friends and family and without this, I don't think I could have made it through with such a positive mental attitude.

I've always been active from an exercise perspective and involved in competitive sport up to my early 20s, and have maintained a healthy lifestyle all my life. I think starting off treatment fit and healthy really paid dividends when it came to my treatment and helped make it slightly easier. Going through something as serious as cancer makes you realise how valuable it is to keep yourself healthy and strong and it's been great to start focusing on my diet and fitness again in the past few months. 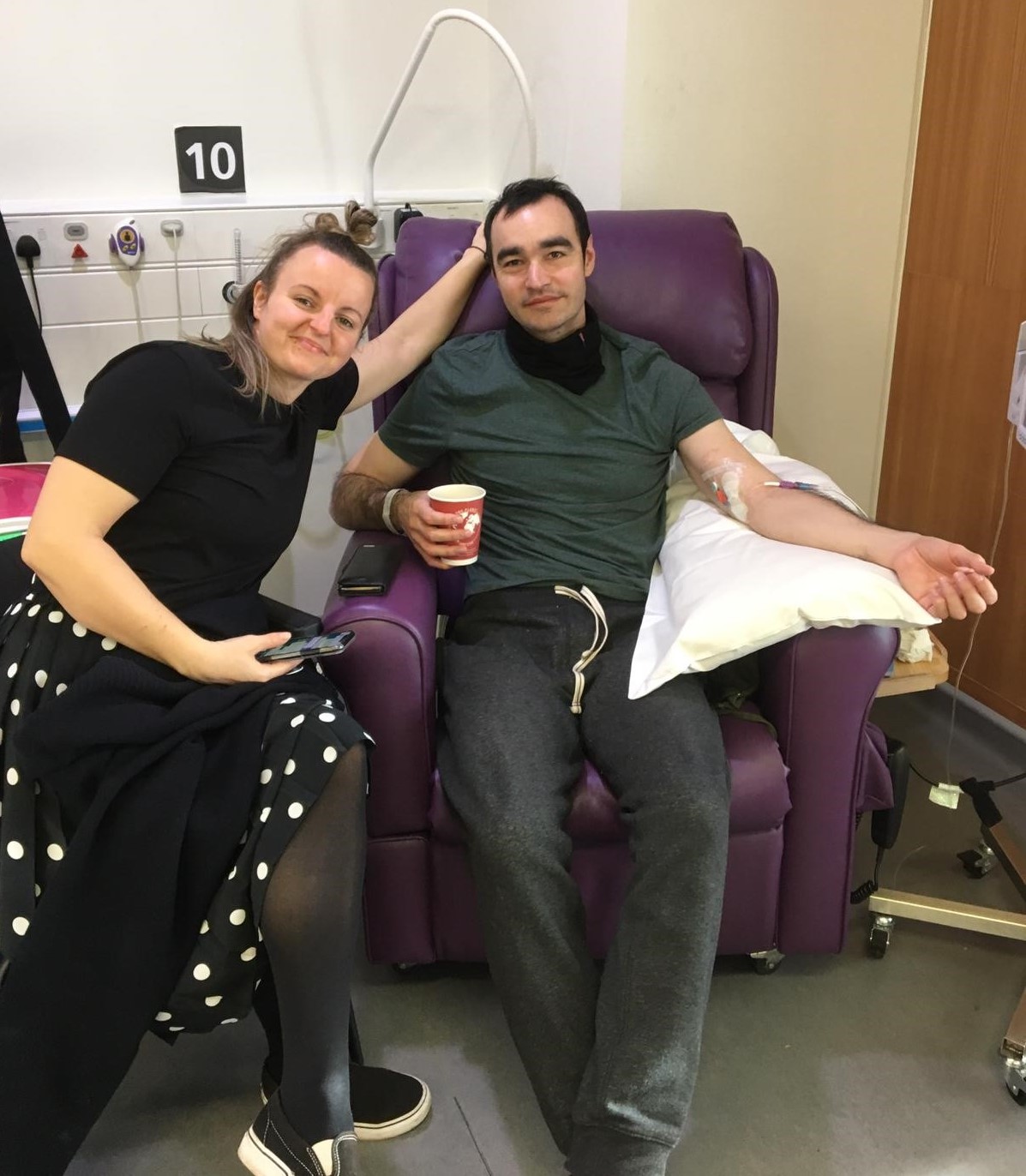 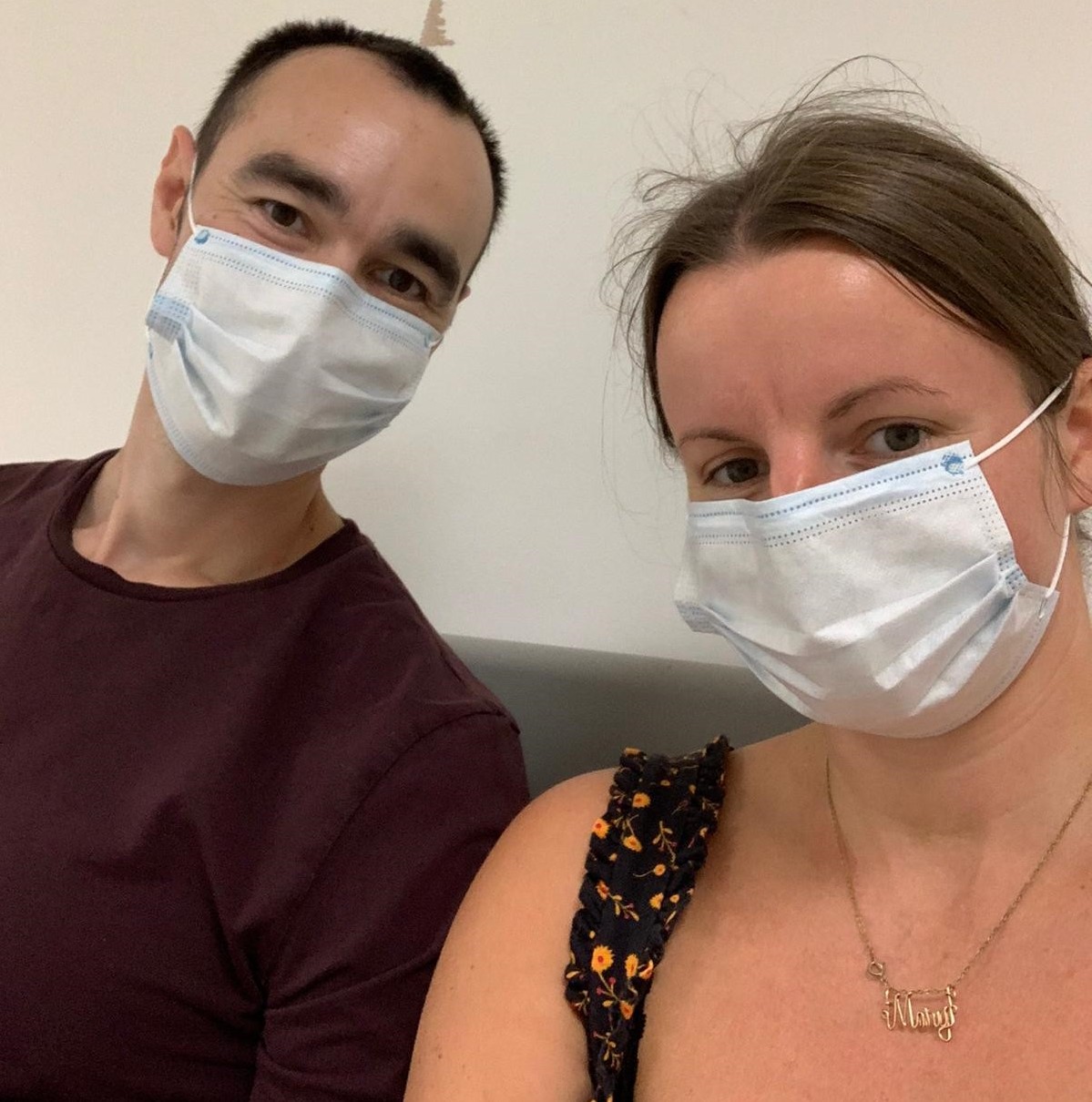 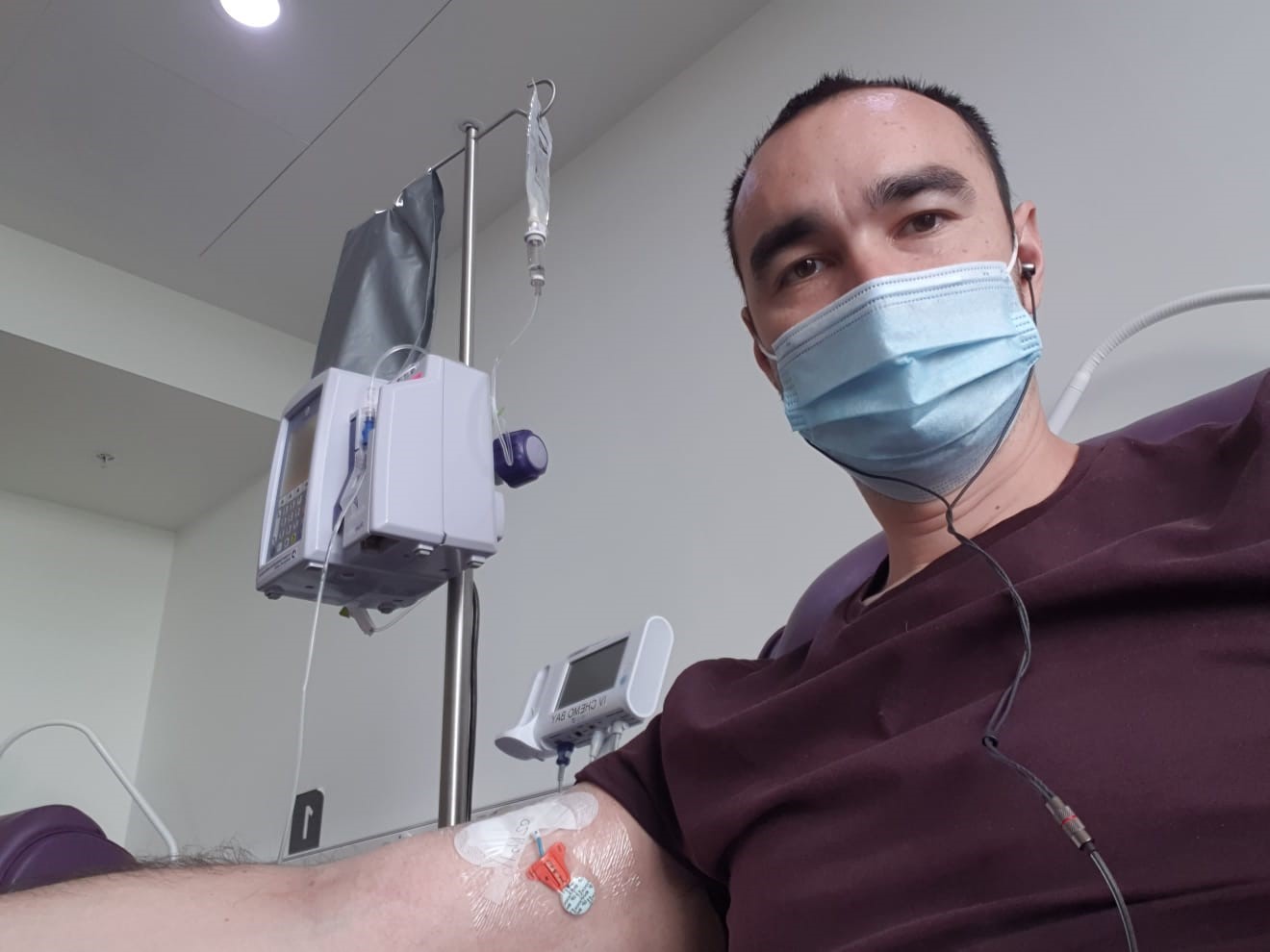