For about six weeks I sometimes saw blood in my poo. I went to the GP, but it was a locum, and barely even spoke to me during the appointment. He did a rectal exam but didn't find anything. I asked if I should come back if my symptoms didn't go away but I got the impression he wasn't too interested.

Nearly a year later, I was still seeing blood in my poo but this time I had diarrhoea for five days. This was very unusual for me so I went back to the GP. We first ruled out food poisoning and other bacteria or viral infections, and after examining me she referred me for a colonoscopy. I chose to go private for treatment as I had insurance through work.

During the colonoscopy the consultant found two polyps, a small one he was able to remove and a big one he couldn't. I had a sedative but even so I remember him trying to remove the big one, being unable to do so and me feeling quite uncomfortable.

Afterwards he came round and explained what he'd found, that he would send the biopsies off and he would consider the next steps, although he thought he would have to operate to remove the bigger polyp.

At this point no-one even thought it could be cancer and no-one suggested it, which was OK with me. I knew in the back of my mind that it could be but it wouldn't have helped me at that point to have it as an explicit possibility.

I did start to panic a bit when his secretary rang me to bring me in earlier than the two week follow up appointment – I remember messaging a friend of mine who'd had breast cancer saying that it couldn't be good news, but she said the consultant might just be wanting to go to his son's swimming gala or something!

At the appointment he told me the polyp was cancerous and it had spread to my lymph nodes, making it a stage 3 diagnosis. I needed surgery and chemotherapy.

There's something that I've heard a lot of other cancer patients say, which is that you stop listening when you hear the word cancer, and it's absolutely true. I went a bit numb and tried to concentrate on what he was saying would happen next. He was very optimistic that it would be early stage and that the bowel resection would do the job all on its own. I do remember him telling me that it wasn't terminal.

Bowel Cancer UK was a haven of safe advice in the days when I didn't know where to turn and didn't want to Google. Everything I needed to know was on the website and I used it all.

I had an anterior resection, done laproscopically, just one week later.

They gave me oxaliplatin and capecitabine for six months. I couldn't tolerate the capecitabine orally and I couldn't eat at all, so I was given a portacath and a 5FU pump. The oxaliplatin gave me peripheral neuropathy. I got off fairly lightly, but I did get post-chemotherapy cognitive impairment, which was perhaps, for me, the most distressing thing.

After the chemo finished it was more about repairing the damage the chemo had done. I saw a gynaecologist because my menstrual cycle didn't restart and we thought I'd gone through early menopause, a neuro-psychologist to help with the post-chemotherapy cognitive impairment, and I had to find a way to get back to work and to fitness.

Having cancer actually confirmed to me that so much of my life was really good. I like my work, I have two lovely children, a great husband, fantastic friends and family – I am so very, very lucky.

My brain doesn't work as well as it did, I can't feel my fingers and toes as well as I did, and it took me a very long time to stop thinking every cold was the cancer returning. I also know that life is too short not to enjoy what I'm doing!

My employers at the time were amazing – they gave me six months off on full pay and covered my medical bills, then looked after me very carefully as I returned to work. My current employer has made a donation this year, and I've done fundraising events in the past for Bowel Cancer UK as well as giving some of my time to doing presentations on bowel cancer treatment.

Bowel Cancer UK was a haven of safe advice in the days when I didn't know where to turn and didn't want to Google. Everything I needed to know was on the website and I used it all. 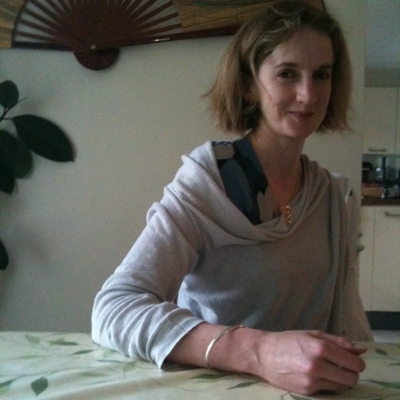 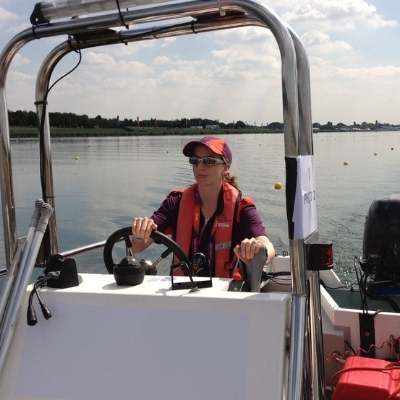