My diagnosis of stage 2 bowel cancer came on 3 November 2021.

Unfortunately, I had for some years experienced occasional blood in my stool as a result of a fissure.  This was nothing particularly serious and with simple treatment it came and went. This is why, in 2021, when the occasional blood and pain when opening my bowels returned, I simply assumed it was the fissure and carried on as normal. It was only in the summer, when I noticed the blood was more frequent and that my bowel habits were becoming a little unusual (consistency, frequency etc), that I started to worry a little more. Like your typical fella though, I carried on ignoring it, assuming perhaps the fissure was worsening or that I had simply had piles! I drank lots more water and treated myself for haemorrhoids. This seemed to calm things down and the symptoms went away for a couple of months.

Then, on 13 October 2021 I had what can only be described as an utterly appalling poo! Without sharing too much detail, essentially it left the entire toilet bowl a deep red, and was repeated twice over the next two hours. I called my GP surgery, arranging a telephone consultation the next day. I am also fortunate enough to have a good friend who is a consultant colorectal surgeon. After describing my symptoms, he arranged for me to come and see him for an examination. Whilst a huge admirer of the NHS, it was at this point I was truly grateful for the BUPA cover that came with my wife’s job – it opened doors very quickly. I saw the consultant a few days later. He confirmed my fissure was indeed still there, preventing him from doing a rectal examination, but, given my age, he felt it unlikely to be anything serious. Nevertheless, he was keen to book in a colonoscopy to be on the safe side.

A colonoscopy was booked for a fortnight later. I opted to take the sedative, but was still awake for the duration, watching in full high-definition on the giant screen as my rectum came into view.  Moments into the procedure, the usual British jokey banter around these sort of delicate examinations was hushed. I’m no medic, but even I could tell that what I was seeing was not supposed to be there – but surely it couldn’t be anything too serious? It was only when the surgeon asked who was picking me up that evening, and whether or not my children would be with them, that the penny finally dropped. My worst fears were realised. I had cancer.

To be honest, the following few hours, indeed days, remain a bit of a blur. My wife arrived, the consultant spoke with us, confirming a four-five cm tumour right at the ‘bottom of my bottom’, ultra-low in the rectum. Although lab tests would be required to confirm, his experience was sufficient to tell it was adenocarcinoma. The crucial thing now was to ascertain whether the cancer had metastasised (spread elsewhere in my body) or not.

Those early hours and days are hard to describe. Telling the children was super tough and I still well up when I think about it. So too was explaining it to my parents and friends. But I am glad I made the decision to share my news early on – it really helped to know I had the support of so many wonderful people. They say receiving a cancer diagnosis is a little like a bereavement in that there can by a ‘grief cycle’: denial, anger, bargaining, depression and acceptance. For me, whilst there were a couple of angry outbursts, and certainly an ebb and flow of depression in the first few weeks, the overwhelming feeling was one of guilt. I couldn’t believe what I was putting myself, my family my friends and colleagues through. It’s taken me a while to stop blaming myself (and you must not either, it’s not true and is not helpful).

I was fortunate enough to be scanned soon after my diagnosis and hugely relieved to hear there were no convincing signs that the cancer had spread. With that news, a treatment programme was soon in place. I met with the consultant surgeon to discuss the way forward. Essentially, I was left with two choices:

As you can imagine, this was a very difficult choice. On the one hand, the aim to regain some sense of normality and within a year and get on with life – but with the knowledge that there may be significant complications lasting for many years. On the other hand, simply accept the loss of any ‘normal’ function and learn to live with a colostomy bag for the rest of my days. Tough one.

This is where Bowel Cancer UK were very helpful. Along with Macmillan Cancer Support and Colostomy UK, I was able to speak to advisors and set up a call with somebody who had received a similar diagnosis to me and undergone treatment. Through lots of reading, talking to people ‘in the know’ and endless conversations with friends and family, I came to the decision that, at the relatively young age of 43, it was sensible to let the surgeon perform his magic and opt for the low anterior resection with temporary stoma.

And so, I found myself in the Great Western Hospital on 3 December 2021, donning my gown, lying on my trolley bed and counting down from ten to one with the anaesthetist. I got to about three before passing out. The next time I opened my eyes was about seven hours later, minus most of my rectum and about a foot of colon. I felt very groggy and sore but with a big thumbs up from the surgeon – he was pleased with the operation and confident he had got all of the tumour out and managed a good re-join, despite the relatively small margins he was faced with.

I was home four days later, able to walk short distances and determined to get to grips with my ileostomy bag quickly. I christened my stoma, as so many ‘ostomates’ do. Mine was nicknamed Boris (and I’ll leave it for you to decide whether this was anything to do with the amount of ‘rubbish’ that came out of him!). Getting used to Boris didn’t take long. There was one quick trip back to the stoma nurse (who was amazing!) after a couple of leaks led to burning of the surrounding skin, but with a slightly concave bag fitted, along with a belt, it took very little time to master and within a week or two it became very much second nature, certainly saving us a fortune in toilet paper! Also, within a couple of weeks, my lab results confirmed the surgeon had indeed been successful with the tumour excision. Most importantly for me, this meant that there was no recommendation for chemotherapy or radiotherapy. As you can imagine, this was a huge relief! It also meant that, all being well, we could look to reverse the stoma within a few months once the join in the bowel had healed sufficiently.

I won’t pretend it was all plain sailing in the months that followed. I was quickly able to get out and about, choosing long walks as my way back to fitness, but I remained very low on energy. I was also sore from the surgery and found sleeping very uncomfortable. I had to work hard to stop myself spiralling mentally – the speed and shock of the diagnosis and treatment required some getting my head around, and my fear of the cancer returning further down the line is something I still need support with. However, we were all surprised how quick my recovery was and how well I looked.

A sigmoidoscopy in late February revealed the bowel was healing well and I was listed for stoma reversal surgery. We knew from the original colonoscopy that there were still sizeable polyps further up the bowel, so it made sense to move on with the treatment relatively quickly so they could be grabbed at a future date. The stoma was reversed on 23 March 2022. Again, the operation went well and was followed by a five night hospital stay until my bowel woke up from its deep slumber and started to function again. With a vengeance!

Apart from the tiny hole still healing at the site of the reversed stoma, you honestly wouldn’t know I had surgery so recently. My bowels are very definitely working again! It’s still very early days and certainly I have spent a lot of time on the toilet (more than making up for any earlier savings on toilet paper), but I’m hopeful that with time I can settle into my ‘new normal’ and regain the confidence to return to work and to rebuild the social life I enjoyed before all of this happened.  Being anchored to the toilet at this stage is hopefully a small price to pay.

I cannot thank the medics who helped me enough. They have been fantastic throughout! So too have the charities I have leaned on for help and advice. Finally, my family, friends and work colleagues deserve huge recognition for their support. It’s absolutely true, at times of crisis like this, you really find out who your mates are, and mine have been incredible. I look forward to a full recovery, to hopefully turning this daunting challenge into an opportunity and to ‘give back’ to those who have helped me. Raising awareness of bowel cancer is absolutely crucial – and it’s a simple message; get yourself checked! If caught early enough, the surgeons really can save lives. Do not delay! 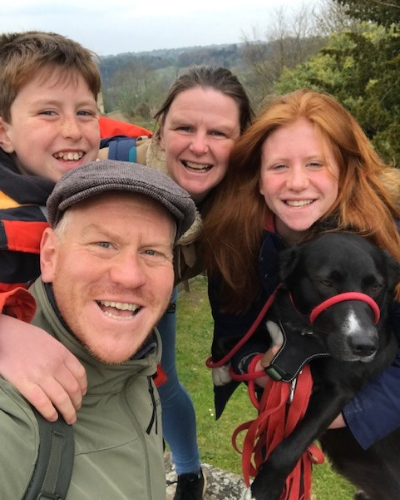 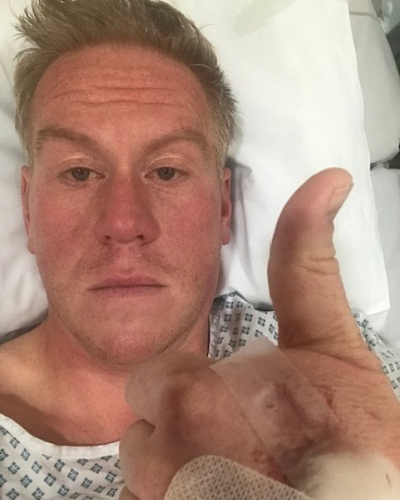 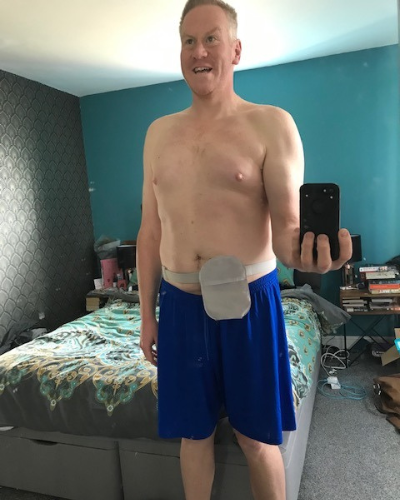