In May 2019 I was sent a letter under the new NHS Bowel Screening Programme for people aged 55 years plus to have a bowel scope. This is just a look at the lower part of the bowel and is painless – it takes about 10 minutes and doesn’t require sedation.

I had turned 55 in February 2019 and my GP had mentioned the screening programme to me at a Well Woman checkup the previous month and that it was being rolled out nationally. I couldn’t make the first appointment in June as we had a wedding, but rebooked myself in for August 2019. My grandmother and my mother have both had bowel cancer, so it’s always been something I’m very aware of, although I had never had any symptoms.

When I went in for the appointment, I wasn’t too nervous. However, a polyp was found so I was quickly booked in for a colonoscopy three days later. I’m very lucky that I live in Hertfordshire, where they have two specialised bowel screening centres at Watford Hospital and at Hemel Hempstead Hospital, so I knew I was in great hands.

Following the colonoscopy the doctor told me that they had removed the polyp, although it had split into two parts during removal and it appeared benign. It was a huge relief. However, four days later, I was asked to come back in to discuss the results.

I was told that I had aggressive bowel cancer. I felt completely floored. It’s the words nobody wants to hear. I knew this was especially hard on my husband. His first wife died of cancer and so this was a real nightmare situation for him and my step children and my two daughters, one of whom was heavily pregnant at the time.  But we stood together as a family and supported each other throughout.

I was booked in for a CT scan and an operation to remove as much surrounding tissue and lymph nodes as quickly as possible. We were told that I’d need to wait four to six weeks to have my operation on the NHS, or could use our private health care to have the surgery a lot sooner. We opted to do this.

Before my operation I had a week of CT scans and tests to check there were no secondaries or spread – which thankfully was clear. Ten days later I underwent a left hemicolectomy by keyhole. My recovery wasn’t exactly smooth, as there were slight complications due to a hemorrhage. I had to have two blood transfusions and stay in ICU, but I eventually came home eight days later.

The histology results took about ten days and I was incredibly lucky to find out that there was thankfully no spread in the lymph nodes or surrounding tissue.

At present no further treatment is required. I need to have CT scans every six months for the next five years, but overall, the prognosis is good.

It’s only been a few weeks since my surgery and I have to say, recovery has been an uphill battle. I was shocked at how physically weak I’d become. As someone who was very fit and a regular gym goer, it’s been tough to struggle walking down the road and the lack of energy is very debilitating.

My diagnosis has turned my world upside down and I think I’m still in shock from it. To some extent, even though I’ve had my treatment, the diagnosis is only just sinking it. I’ve also noticed that my confidence has taken a real blow. From being a busy person with a fulfilling job and busy social life, I’ve retreated. I feel safest tucked up on the sofa, which I’m told is quite normal after this type of shock diagnosis.

My diagnosis has turned my world upside down and I think I’m still in shock from it.

I know I’m really fortunate, to have such amazing friends and family supporting me, but I often can’t face talking about cancer or hearing other people’s stories – it just too much information. When I am talking about it, sometimes I feel like I’m comforting everybody, saying ‘I’m fine’, even though I don’t always feel fine.

There is of course the fear that comes with scans. Has the cancer spread? Will it come back? As my mother and grandmother have also had bowel cancer I’m also concerned about the genetic link and what this means for my children and siblings. It’s overwhelming and scary.

When you’re diagnosed you step onto this treadmill of tests and treatments, you don’t have time to think. But when it’s over, it hits you all at once. I know that this is all normal but I am going to look into some form of counselling. I think the mental recovery is as important as the physical recovering and I need to deal with this head on and give myself the tools to look after myself now and in the future.

I joined the Bowel Cancer UK forum and found it very supportive. I have been chatting to another lady who had the same diagnosis as me via bowel screening and is one year ahead of me. It’s been really good to not only offload anonymously but also to hear that everything I am feeling is normal and to hear these positive stories.

I feel so fortunate to have been diagnosed early.  I can’t believe only half of people take the bowel scope screening appointment. It is painless, a bit uncomfortable maybe at worst. The fear of the procedure is far worse than the procedure itself. My story would be very different if I had ignored the appointment.

I’m determined to go forward and make something positive out of everything I’ve been through. My daughters and I are thinking about doing some fundraising soon. I’ve also been making sure everyone I know is more aware of bowel cancer, its symptoms and to take up their screening tests!

Slowly but surely I am starting to get back to my normal life. It can be hard, but I’m hopeful for the future and so grateful for my cancer being caught so early. 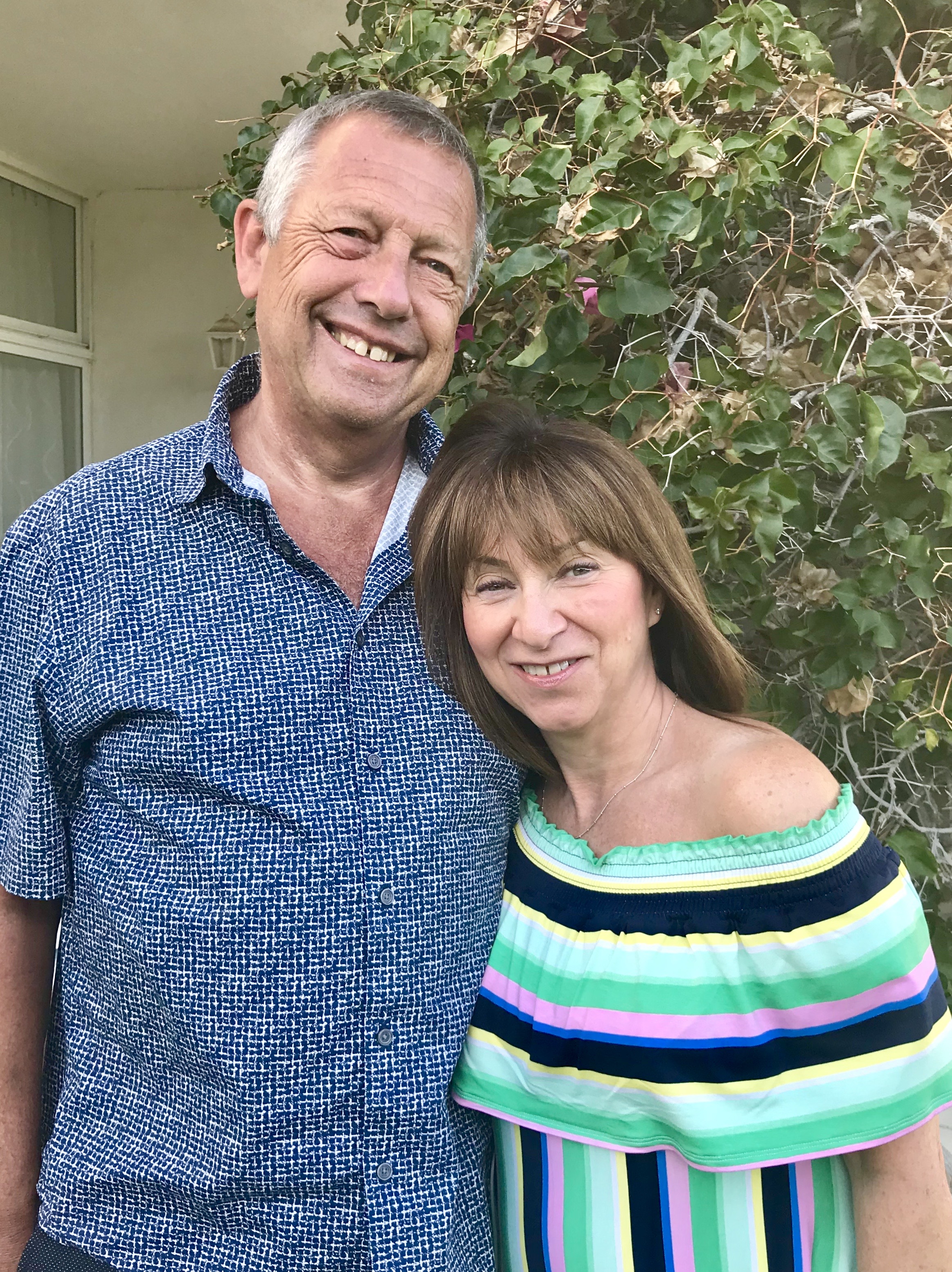 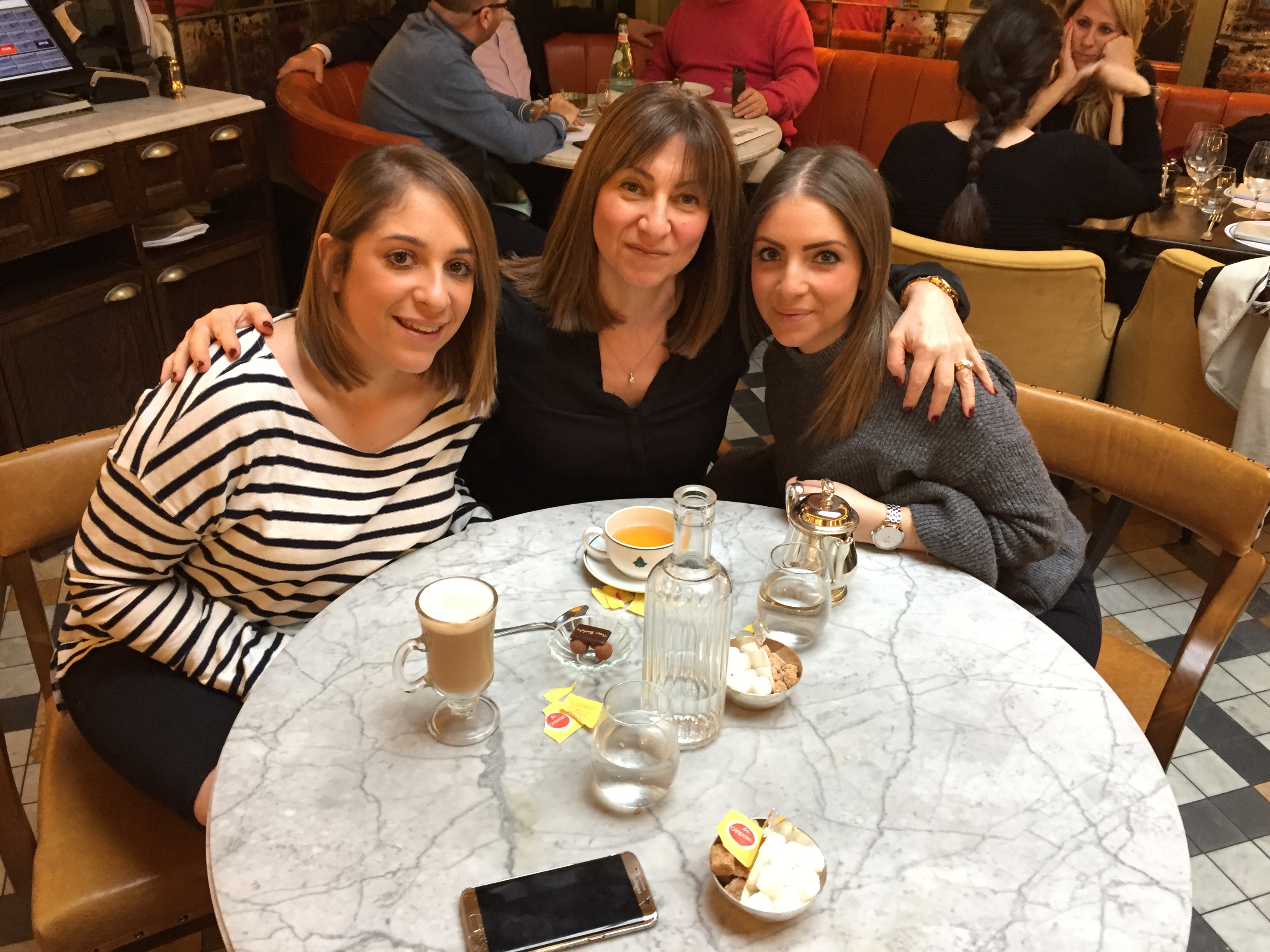