Sharan was one of five siblings. She had been married for eight years and had two beautiful children, Gia is three years old and Jovan only 18 months.

Sharan was only 34 when she lost her very short battle with stage 4 bowel cancer.

She had been unwell for a few months prior to her diagnosis in December 2020, suffering from irregular bowel movements, pains in her abdomen, sudden weight loss, and severe lack of energy and a loss of appetite. Usual day to day tasks started to take a lot more effort, like simply caring for her children.

She contacted her GP a number of times with her complaints. However due to the coronavirus lockdown we were under, her GP would not see her physically and would only hold telephone consultations with her.

Sharan aired her concerns to her doctor on a number of occasions, she even told him that she feared she had bowel cancer. This was immediately dismissed as Sharan did not meet the 'usual' characteristics of bowel cancer. Her doctor diagnosed her with irritable bowel syndrome (IBS), and due to her concerns around cancer prescribed her with anti-depressants.

Nothing changed in terms of her symptoms – if anything, they worsened.

She made contact with her doctor again, this time she was called back by another doctor from her surgery. Sharan gave them an overview of her symptoms, how she was feeling. Their response, 'oh we understand you have been suffering with anxiety and therefore have been prescribed the anti-depressants?'

Anxiety? They completely played down her complaints and disregarded her very serious health concerns.

This went on for a few months, her health deteriorated week by week. Day to day tasks became mountains to climb for her.

On 18 December 2020, Sharan arrived as she did weekly to her parents' house. She walked through the door with her children and looked completely drained, she'd lost even more weight and was genuinely exhausted.

She mentioned that during her bowel movements on that day she had been filling the toilet with blood – she knew that something was seriously wrong, but she was just so scared.

We convinced her that she would need to seek medical help ASAP, she called 111 and after a few consultations over the phone she was advised to go to A&E.

On arrival at A&E, Sharan was immediately assessed. Her heart rate was very high and her body was losing a lot of blood. After several tests she was advised that she would be kept in for further assessment.

Over the next few days, she underwent two blood transfusions, several scans and tests and a colonoscopy. She was told that the doctors had discovered legions within her scans. In her gut, she knew it was cancer.

On 21 December, Sharan was told that she had stage 4 bowel cancer which had spread to her liver and lungs. The cancer was most concerning in her liver due to the damage it was causing and how much swelling there was. All alone in hospital, she spoke with consultants and palliative care nurses, her mind was fried.

Only four days before Christmas, and having been away from her children for three days she was desperate to come home. She was discharged later that day.

She was determined to fight, she was not ready to leave her children.

First things first, Sharan knew she had to gain weight – she needed to make her body stronger in order to be able to receive any sort of treatment. She looked towards Christmas. She continued to chase the hospital for clarity around when she would be seeing her oncologist. Her appointment was scheduled for 20 January 2021.

Christmas came and went, her health continued to deteriorate. She would struggle to eat due to the swelling of her liver causing her pain. Her energy levels were completely diminished.

On 2 January 2021, Sharan was readmitted to hospital due to concerns of infection. She stayed in hospital for six days in total. In which time, we struggled communicating with her, she was constantly confused and withdrawn. Several attempts were made to contact her ward to understand what was happening with Sharan, time after time we were advised that she was conscious and communicating, so we would need to contact Sharan directly to find out what was happening.

This was a really distressing time for Sharan and the wider family. She was completely alone in hospital and due to the medication she was being given to control her pain, she was growing increasingly confused.

Sharan was finally discharged on Friday 8 January, two days before her daughter's third birthday. She was a shell of herself, in constant pain. It was apparent that the cancer in Sharan's liver had grown, her abdomen was even more swollen than before, resembling that of a six month pregnancy stomach. This was causing her tremendous pain and discomfort.

At this point, she was having to face the reality that her body was failing her. She told us on numerous occasions that she was dying – we tried to keep things positive for her and keep her looking to the future.

Sharan managed to get through the next week, she celebrated her daughter's birthday the best she could. Day to day tasks were all but too much for her, she was now on regular morphine which would keep her pain under control, but also meant her quality of life was diminishing as she was drowsy most of the time. The goal however remained the same, Sharan needed to get stronger before her oncology appointment in order to be in a position to receive treatment.

This was never to be, as on Friday 15 January 2021 Sharan took a turn for the worse. Her pain was becoming unbearable, she was struggling to get out of bed or even take her regular medication. The time had come to utilise the support of the palliative care team.

Following the visit from the palliative team, Sharan was administered her morphine medication via syringe driver. Our family was advised that she had deteriorated much quicker and that the aim from now was to make her as comfortable as possible for whatever time she had left. Which now had gone from months to days.

As a family, we came together to spend as much time with Sharan as possible around her bedside for her three remaining days. Sharing stories, memories and words of comfort.

On Monday 18 January 2021, four weeks to the day Sharan was diagnosed and two days before she was due to meet with her oncologist, she lost her battle with cancer. Sharan was surrounded by her family as she took her final breath. Cancer had consumed her, as she used to say 'the body that gave her two beautiful children, had now failed her completely'.

There was barely time for Sharan to comprehend what was happening, before her time was gone.

As a family, we are keen to share Sharan's story as widely as possible to raise awareness on how common bowel cancer is and how easily it can go misdiagnosed. We want Sharan's memory to live on, as her life was cut so short.

In honour of Sharan and in order to commemorate her 34 years of life, and to raise as much money as we can, family and friends will be taking on the following 34 challenges in 34 weeks, ending with a 35k walk on what would have been her 35th birthday. Her family have raised over £15,000 to date. 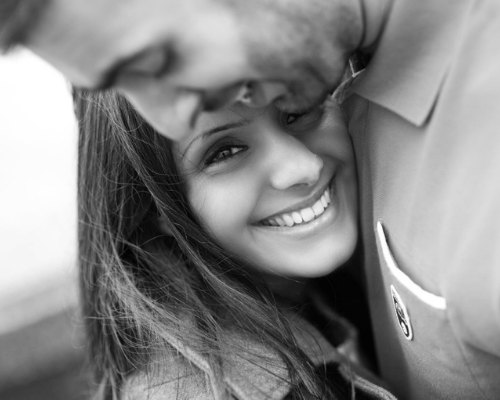 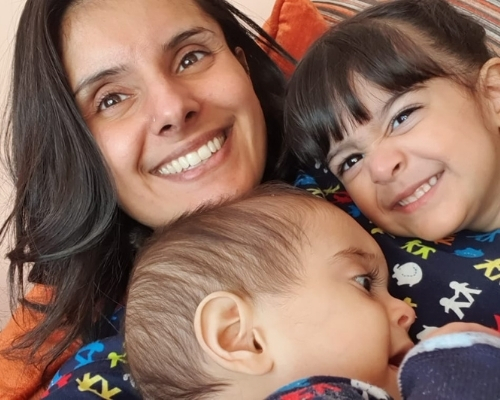 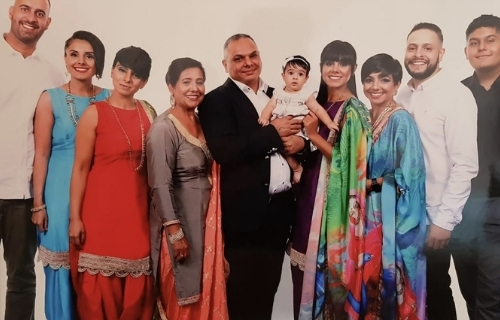