He’d gone on a strict diet in January that year and lost about three stone by cutting down on his carb intake. He felt the best he had for years, everyone commented on how well he looked, he felt fit and healthy and was storming round the golf course.

He then developed an ache in his right side in late May that he put down to muscle strain from playing golf. He felt very tired, but attributed that to his travelling for work that month, which had been pretty heavy. Weight then dropped off him even though he’d stopped dieting - he was losing weight every day and then had very slight constipation with a dull ache in his stomach and slight indigestion.

Because the stomach pain wasn’t too bad, he got an appointment at the doctors two weeks later (that was the earliest one he could get) on 26 June. When Dave booked the appointment, he only had a bit of stomach discomfort and the other problems developed whilst he was waiting for the appointment. He never had any visible blood in his stools, or real change in going to the toilet. They ran blood, urine and stool tests. It was the blood test which showed that his liver function wasn’t right and he was anaemic and we were back at the GP that Saturday morning.

We were lucky to have private healthcare so the following Monday we saw a consultant. He had an MRI and PET scans.

I was with Dave in the consultant’s room and we were in complete shock, as we thought he had a gallstone. We were told straight away that the PET scan showed the cancer had spread to his liver, nodes in stomach, chest and two spots on his spine and it couldn’t be cured. We chose not to ask how long he had as we just wanted to fight it for as long as he could.

Everything happened so quickly. Our world was blown apart and exploded all in the space of eight weeks. Dave was a high powered business man who travelled the world for his job. He was held in high regard within the reinsurance industry and a much loved husband, father, son, uncle, friend and colleague, he adored his family and strove to give us the best.

We were determined to fight and stay positive. We had a quote made to put on the wall to encourage us every day that said “When it rains look for rainbows, when it’s dark look for stars”. Little did I know at the time how much that quote was going to mean, and how me and the children who need it now every day. My friends still send me photos of rainbows whenever one appears.

We set up Whatsapp groups, one for family and friends with over 60 people on it and one for his work colleagues, with over 100 on worldwide. We did this so we could update everyone at once and not have millions of messages to answer.

Treatment wise, Dave had chemo and immunotherapy. He also had a portacath fitted and a pump for 48 hours which he only had for one week. He was due to have treatment again two weeks later, but his liver results were too high to have it. A stent was put in his liver to try to let it drain properly and the nodes in his chest had become bigger after the chemo and were pressing on his bile duct. Infection then set in and a balloon was put in after us rushing him to A&E. We then learned he had sepsis and pancreatitis. He was in hospital for two weeks and then moved to the local hospice Saint Francis in Havering-atte-Bower for his final five days.

Everyone posted daily on Whatsapp to keep us going as a family, sending us quotes, jokes and photos. Within six weeks of his diagnosis on 2 September, which was my birthday and our 24th wedding anniversary, that there was nothing more that could be done and it would be two weeks at the most. Dave passed away on 8 September.

He was so brave. The most positive thing that came out of such a horrible situation was that he was lucid enough to have the conversation he needed with us all, especially with our son Joshua and daughter Eleanor. Eleanor had also just graduated and on that day his stomach pain was terrible, but he didn’t know what it was then and just smiled his way through the day, then we went on to see Bon Jovi at Wembley Stadium that evening. This was out last day out as a family. He was so proud of both of our children for getting degrees, this was something that he and I never did.

We were together since we were 19 years old, we grew together as teenagers to adults. We were married for 24 years and together for 27. We absolutely adored each other.

After he passed away, his colleagues would often comment about how devoted he was to me and the kids. I never really thought that he spoke about us at work, or how our family life would come across to his colleagues. I was really touched when they said this to me.

Dave loved spoiling us and taking us on fabulous holidays, but was just as content mowing the grass on a sunny Sunday morning. He loved entertaining my large extended family and our friends. He was known for his supply of fine wines and cheese. He loved cooking a BBQ for everyone and would take charge of Christmas dinner (well we let him think he was in charge).

His symptoms were very silent and even if the cancer had been there for some time we would of had no way of knowing. Especially as he had regular blood tests for his blood pressure medication and had only had one at the beginning of the year.

My husband’s company Swiss Re have been a huge support. His close colleagues visited us within days of him being diagnosed. Also, AIRROC (Association of Insurance and Reinsurance Run Off Companies) awarded Dave their ‘Person of the Year’ before he died, but he never got to know that he’d won the award. Our son Joshua and Dave’s colleague Mark Hallam were flown out to New York by Swiss Re to collect the award on Dave’s behalf a few weeks after his funeral.

Swiss Re are still a big support to me and my family and are in constant contact with us six months on. They were his work family and a huge Dave-shaped hole has been left in their lives, just as it has in ours his family and friends. 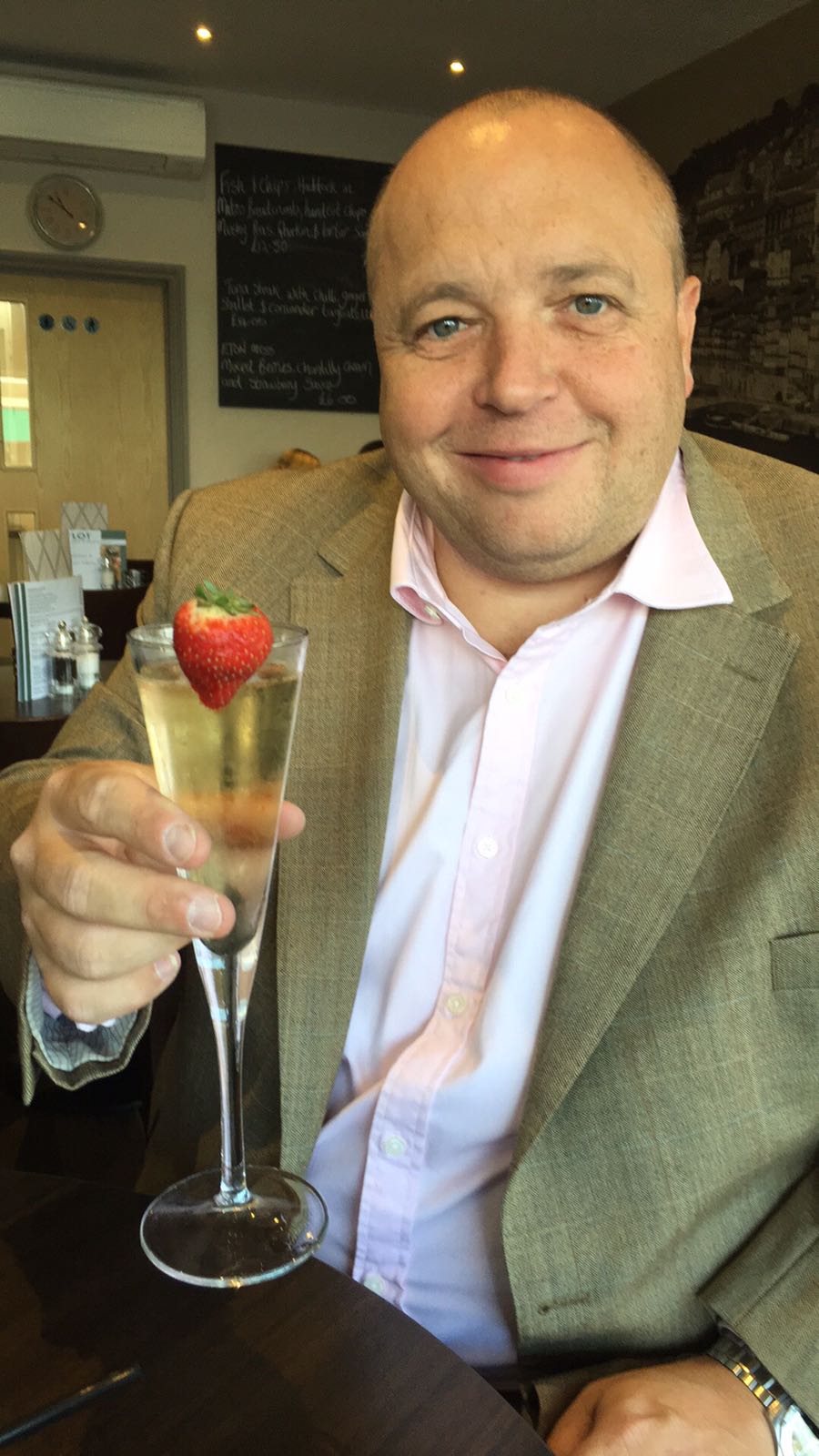 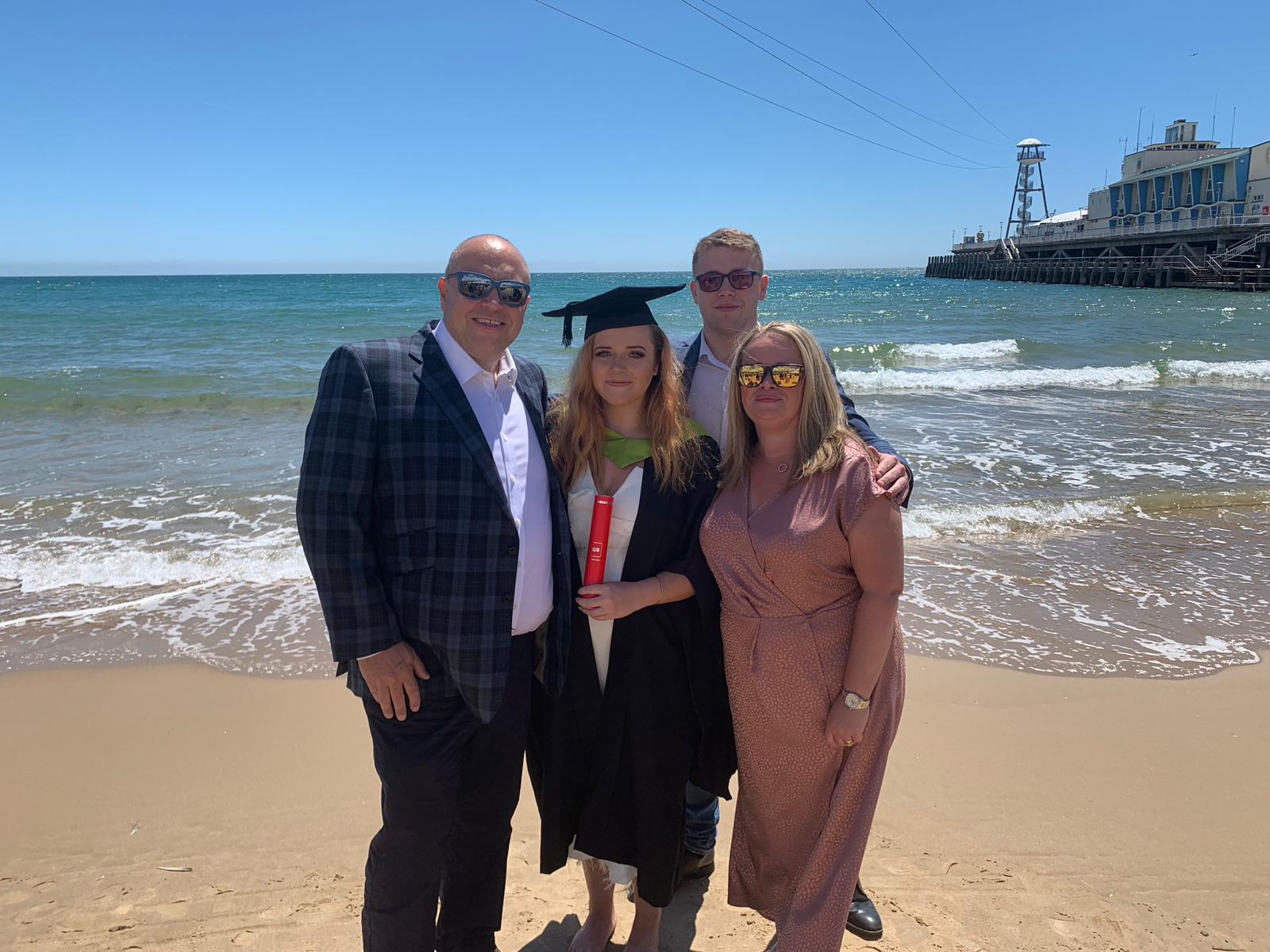 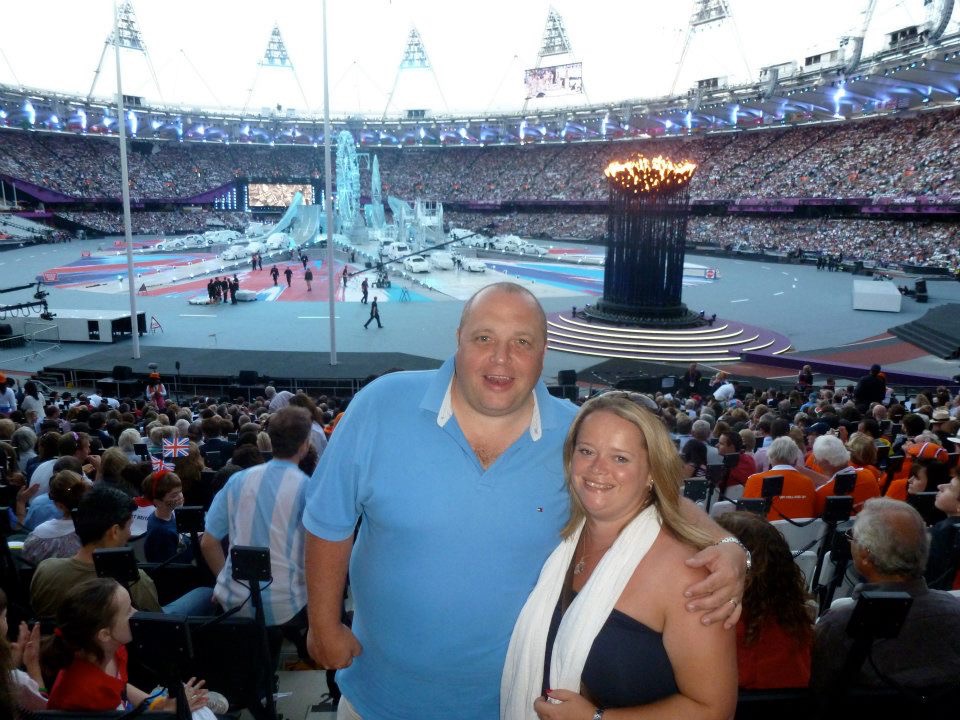