I was at a friend’s 30th birthday party, on 22 March 2014, when out of the blue my mum called. “What did she want?” I thought. The party was in full swing; she was upset. I asked her what was wrong. She said, “It’s your dad’s appointment today, he’s got bowel cancer.”

In that moment I did not know what to say, I was taken aback; shocked and mum started crying. Dad had not long stopped work, this was not how retirement was supposed to start.

Six years on from my dad’s diagnosis, the biggest thing for him is that the cancer is part of his life now. He has had a number of rounds of chemotherapy and radiotherapy, but it is very unlikely that further treatment will get rid of the cancer, even though it is small.

My dad had a permanent stoma fitted and he also has a hernia in the shape of a bulge on his backside, which makes sitting down uncomfortable. There are times when he would rather stand up than sit down.

The hernia developed in the last two years and it’s the outcome of an operation that he had. Consultants said that they don’t want to touch the hernia as it could cause the cancer to spread. It has already spread to his pelvis.

My mum and dad still do a lot of things, such as going on holiday, but this is usually when he is not on chemo.  He looks healthy, but during chemo sessions he will look paler.

He is currently on a chemo course every two weeks, which lasts a few hours each time at the hospital. He can have this treatment for as long as he wants it.

I’m immensely proud of how he has coped with this chapter in his life. My 71 year old dad is a retired construction supervisor and my 62 year old mum is a retired nurse, who specialised in cancer treatment. She now works in a hospice.

My grandfather had bowel cancer, so there is a history of the disease in my family. From age 60 dad did regular bowel cancer screening tests. Initially they were all negative but a later test, early in 2014, showed blood in his stool. This led to a colonoscopy and biopsy, which confirmed stage 3 bowel cancer.

With the support of family and friends, mum and dad take living with bowel cancer one day at a time. Bowel cancer has been a life changing experience for all of us, but we remain hopeful and positive.

I am running for Bowel Cancer UK at the London Marathon because their work means a lot to me and my dad. Here’s my JustGiving page. Please give generously and thank you in advance for your generosity to this worthy cause. 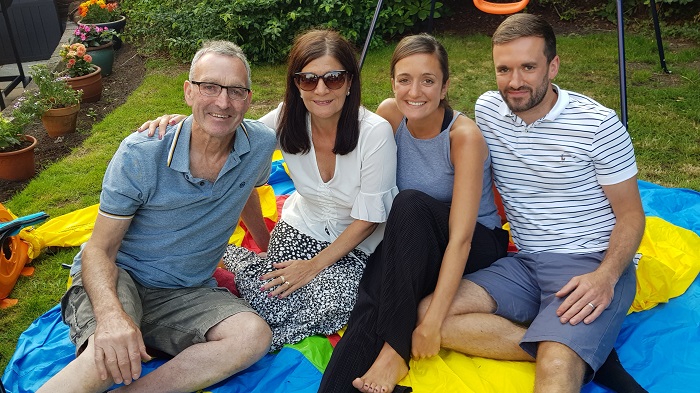 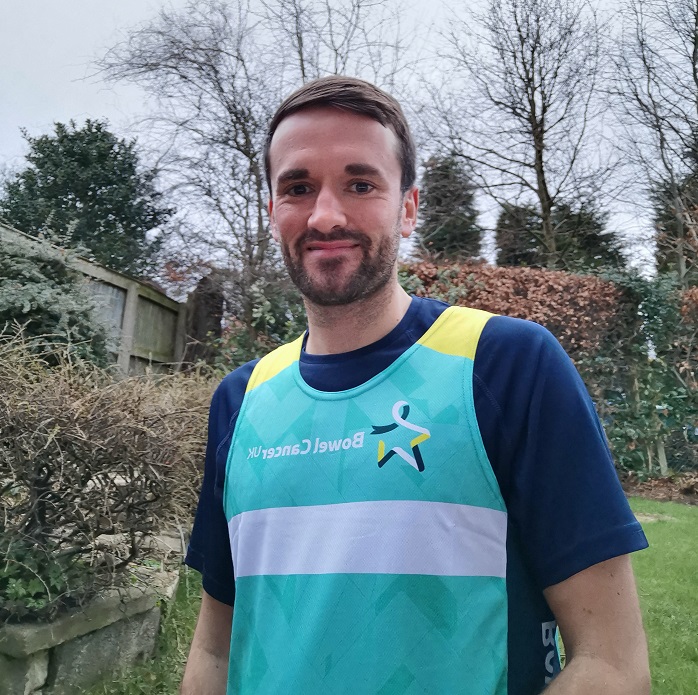