I met Guy through friends 16 years ago when I moved to Manchester and from that first meeting in a pub I knew he was special. We shared the same sense of humour and he never failed to make me laugh. We became inseparable and married in Manchester in 2009 - it was the happiest day of my life. We went on to have two beautiful girls, Lucy and Cora, who are now aged 9 and 5. Life was pretty perfect.

In December, 2016 Guy started feeling a bit poorly and having some strange stomach cramps. We just put it down to the old chestnut of Christmas excess - too much rich food, too much beer etc. When the stomach cramps kept coming intermittently, Guy eventually visited his GP, who thought he probably had IBS.

Guy's dad had had bowel cancer 20 years before but this didn't seem to cause concern for the GP and so we merrily carried on with Guy keeping a food diary and taking Buscopan. In March, he became increasingly poorly and the stomach cramps had persisted and were now causing him to take days off work. Guy was a dedicated police officer and very rarely had a single day off.

He returned to the GP in March, who again told him not to worry but that he should maybe have a blood test. This came back showing Guy was anaemic. He was then scheduled to have a colonoscopy to see what was going on. We were still not overly concerned as he did not have what we considered to be the main bowel cancer symptoms - he had no blood in his stools, his bowel habits seemed normal, he wasn't losing weight but he did get these very painful, debilitating cramps.

The colonoscopy in May showed a huge tumour almost blocking Guy's bowel and he was then rushed to an appointment with a surgeon at Wythenshaw Hospital and told he had to have a fully liquid diet. This surgeon had to deliver the devastating news that the tumour was cancerous and that on looking at further scans they could see it had spread to surrounding lymph nodes.

We were heartbroken but hopeful. Guy underwent emergency surgery to have an ileostomy and then 12 rounds of chemotherapy and immunotherapy. After three months, the surgeon was happy to try removing the tumour and this was really successful. The tumour was removed along with 89 lymph nodes of which 45 were cancerous. He was then referred immediately to the Christie – we are so fortunate to live five minutes from this incredible hospital – who agreed to do further chemotherapy.

A few months after the chemotherapy began again, Guy's scans showed that Guy still had infected lymph nodes which were inoperable and we would be looking at only managing his disease and never curing it. It was a devasting blow, particularly as the girls were still so young.

Guy was such a positive happy person, that he didn't let this stop him from spending time with the girls, attending practically every FC United football game that he could and seeing his friends for a monthly pub quiz. His attitude kept us all going and we were able to make some amazing memories in the coming years.

Guy had many, many rounds of chemotherapy (we totally lost count by the end) and never once complained about the side effects. Bowel Cancer UK’s website was a lifeline at this time offering sensible advice and keeping us sane. We also used to listen to the charity’s podcast with George Alagiah, which helped us realise we were not alone.

In January 2020, Guy took a severe turn for the worse. The Christie had exhausted all their chemotherapy treatments and his cancer had spread too quickly. He was offered at last hope of using Herceptin and Perjeta as his tumour had HER2 markers but this came all too late.

After weeks of suffering with bowel blockages, intense pain and sickness, Guy was transferred to St Ann's Hospice where he died peacefully on 5 March. I had always promised Guy that after he passed away I would work hard to ensure people understood that bowel cancer is not just a disease which affects older people as we had mistakenly thought and that sometimes it can go unnoticed and undiagnosed.

While I now navigate a whole new world without him and try to bring up our two young children alone, I also want to share his story so that others may get a quicker diagnosis and have a better outcome.

Guy was so very brave throughout his long battle and I intend to harness his bravery and positivity to build a better future and work with Bowel Cancer UK to help beat the disease. 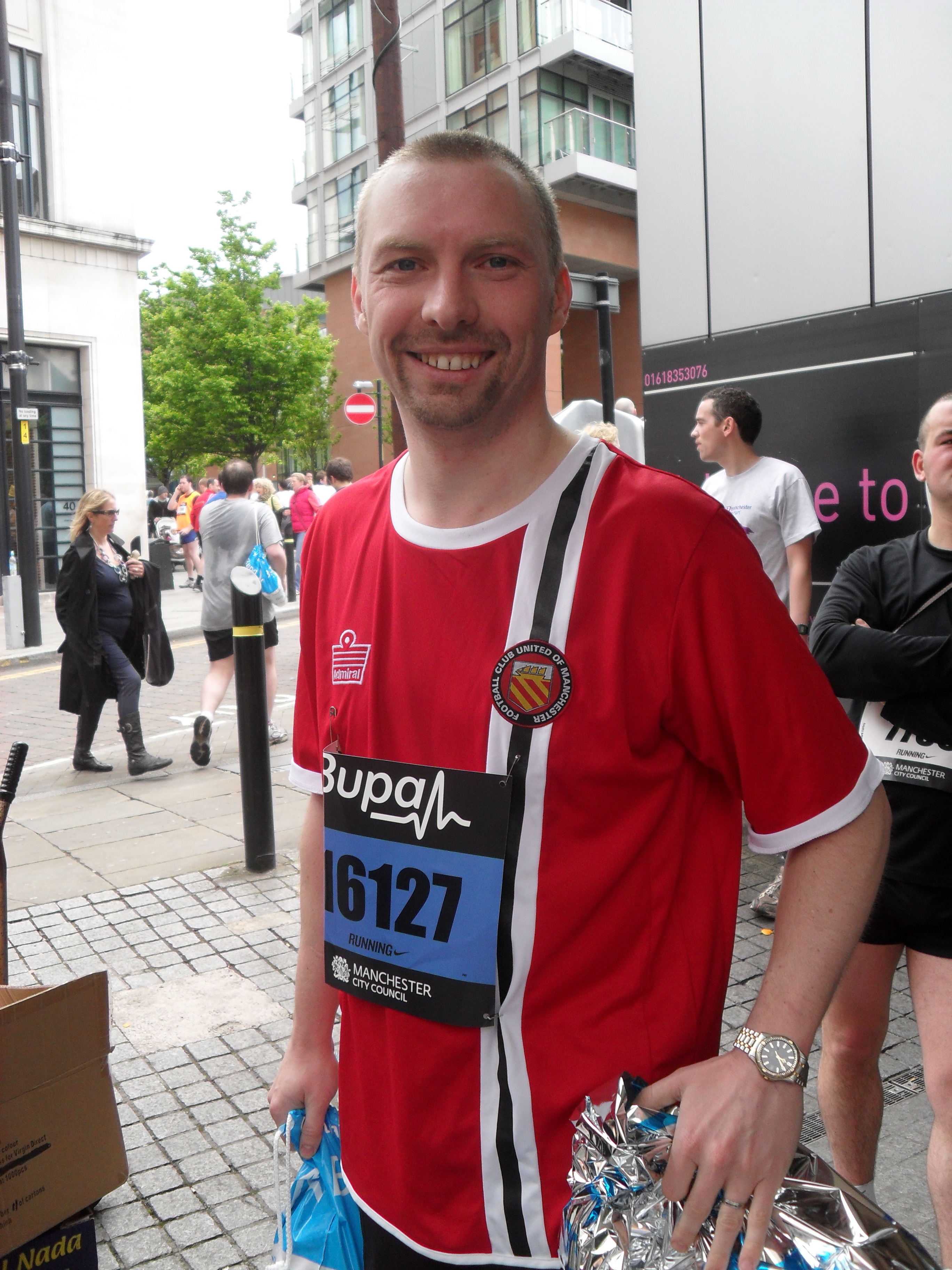 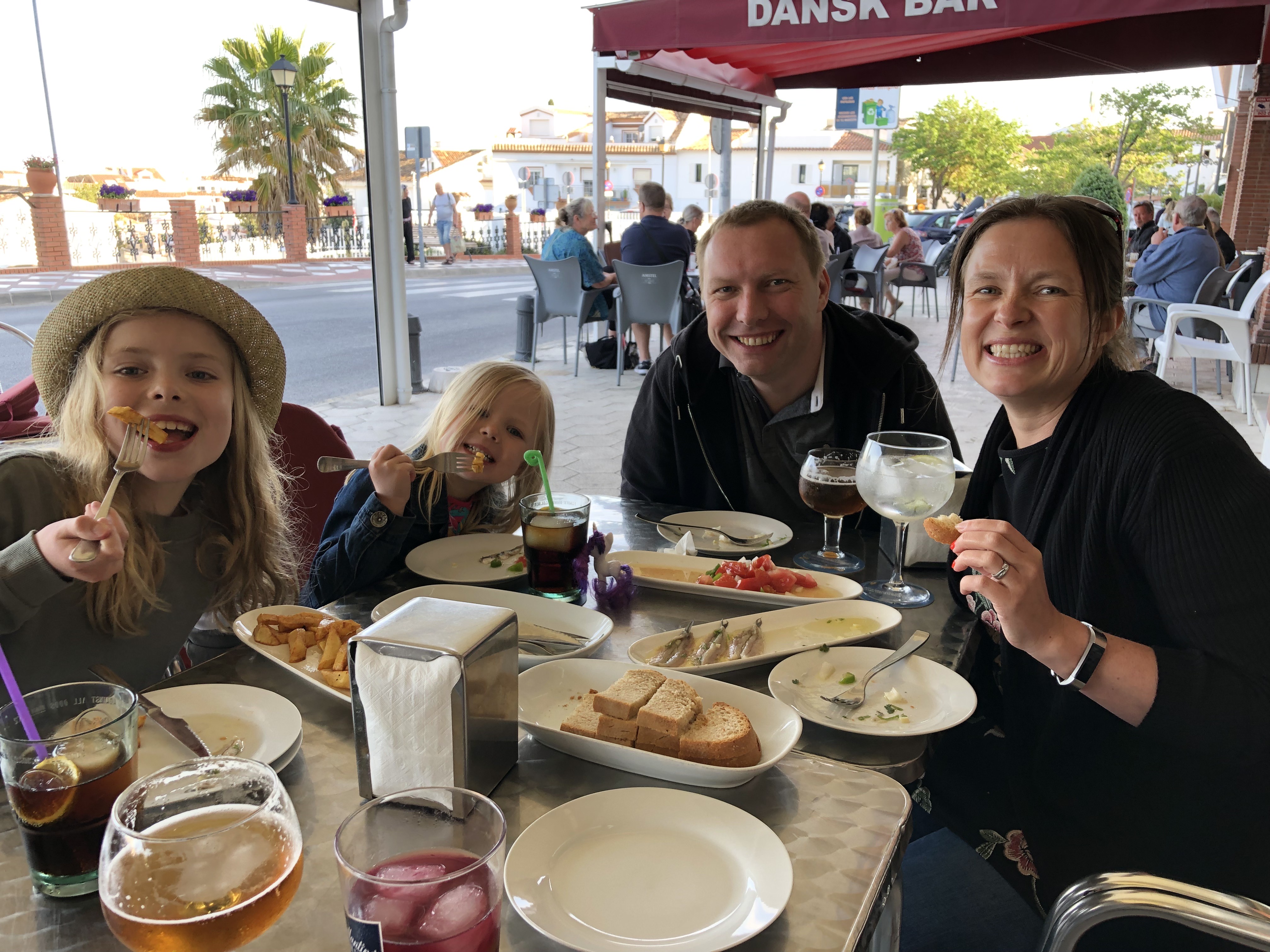