In May 2016 my mum and best friend was diagnosed with advanced bowel cancer. She had been suffering with back pain for four months which was initially thought by GPs to be caused by age-related wear and tear as she was in her sixties. Despite that, mum knew something wasn't right and pushed for blood tests.

These showed that mum was extremely anaemic and this led to a colonoscopy and a tumour being found. Initially, the doctors planned to shrink the tumour with chemotherapy prior to surgical removal but unfortunately an MRI scan confirmed our worst fears and it had metasized to her spine.

My mum was very unlucky in that her cancer was in the Caecum and therefore did not present with typical bowel cancer symptoms. This is why I would urge anyone with any unusual symptoms to not put off going to the GP.

Despite the cancer being advanced we were prepared to fight as was my mum who will always be the bravest person I have ever known because of how she fought this disease. When my mum passed away we even received a letter from her consultant at Guy's Hospital stating that she endured so much chemotherapy and was a true fighter.

She started on Oxyplaitin which she tolerated well despite it giving her some tingling feelings in her feet. Following completion of the course of Oxyplaitin mum was CT scanned and I will never forget the day she went to find out her results. I was waiting for her in the lobby at Guy's hospital and she came walking down the stairs with my dad, who was with her through everything, in her bright, green coat beaming; it had worked. We all burst into tears. The consultant said they were the best results possible and the tumour had shrunk significantly.

Me and mum booked a trip to Switzerland and many other nice things to celebrate. We really made the most of every single moment. Every night I would scour the Bowel Cancer UK forum looking for ideas on how to support her during chemo and what new treatments we should be looking into. This community was invaluable to me as was the Patient Day organised by Bowel Cancer UK at the Christie hospital in Manchester where I got to talk to consultants about my mum who advised me on what treatments could be coming soon. Knowing what questions to ask and when to look at private options for treatment really supported my mum and our whole family.

Sadly our happiness was short-lived as four months later the tumour was active again and there were also spots on her liver. She was going to have to go on a different type of chemo called Irinotecan which meant she would most probably lose her hair. My mum, who had a wonderfully strong head of lovely auburn hair hated the idea of this but found a really nice wig at Guy's which she used as her hair started thinning.

This second round of chemo worked but to a lesser degree. Tumour growth had plateaued but wasn't shrinking. She completed the chemo and then took a break from the treatment to give her body chance to recover. In 2018 I took her to Nice for Mother's Day and we enjoyed lunch on the beach and wanders along the Promenade d'Anglais. My dad also took her to Valencia. She loved the Mediterranean, however it was noticeable that she was struggling to walk long distances and was becoming increasingly more tired.

She was taking chemo tablets which were relatively new and called Lonsurf. The side effects were awful and I suspected the worst having read about many other people's experiences with this drug on the Bowel Cancer UK forum. We quickly pushed for a review and Lonsurf was found not to be working. Rarely do they put patients back on Oxyplaitin but my mum pushed for it. She was exceptionally brave, pushing to go back on another round of chemo and I think the main reason she did it was because she simply wanted more time with us.

We never gave up hope. Never. Bowel Cancer UK's forums kept me going with stories of people living for years and years; people's experiences with drugs pointing us in the right direction; plus sharing experiences with people going through similar treatments. Sadly this fourth-line treatment didn't work and the cancer spread to her hip meaning she found it hard to walk.

We had a meeting with the oncologist at Guy's who confirmed out worst fears; we had to stop chemo treatments. I told my mum not to worry and it would only be for a while and they would do radiotherapy on her hip. However, shortly after that my mum was admitted to hospital with an infection. They still did the radiotherapy and the doctors never gave up hope but sadly she died on 14 November 2018 at 67; peacefully with her family in the same room.

My mum was the kindest person and didn't deserve to be taken so young but I will never forget her story and want to share it because of how brave she was. Her braveness will live with me and my family forever. She always put others before herself. One of the last things she said to me was, 'do everything, do everything you possibly can', so I never waste a moment.

Losing my mum so young has been inexplicably hard and to this day I struggle but I think about how brave she was in spite of everything and I keep going because we are blessed to have time.

Shortly after she passed away I went to India and sitting at Mumbai airport I decided to look into children's yoga teacher training. I qualified and began my own business teaching yoga to children. Me and my mum used to do some meditations when she was unwell and so I think she would be proud of what I have started.

We raised £2,000 for Bowel Cancer UK in her memory and more recently I am raising money for the charity by doing Children's Yoga classes on Zoom throughout this lockdown. For anyone who has lost a relative through cancer I would recommend the Loss Foundation for support. 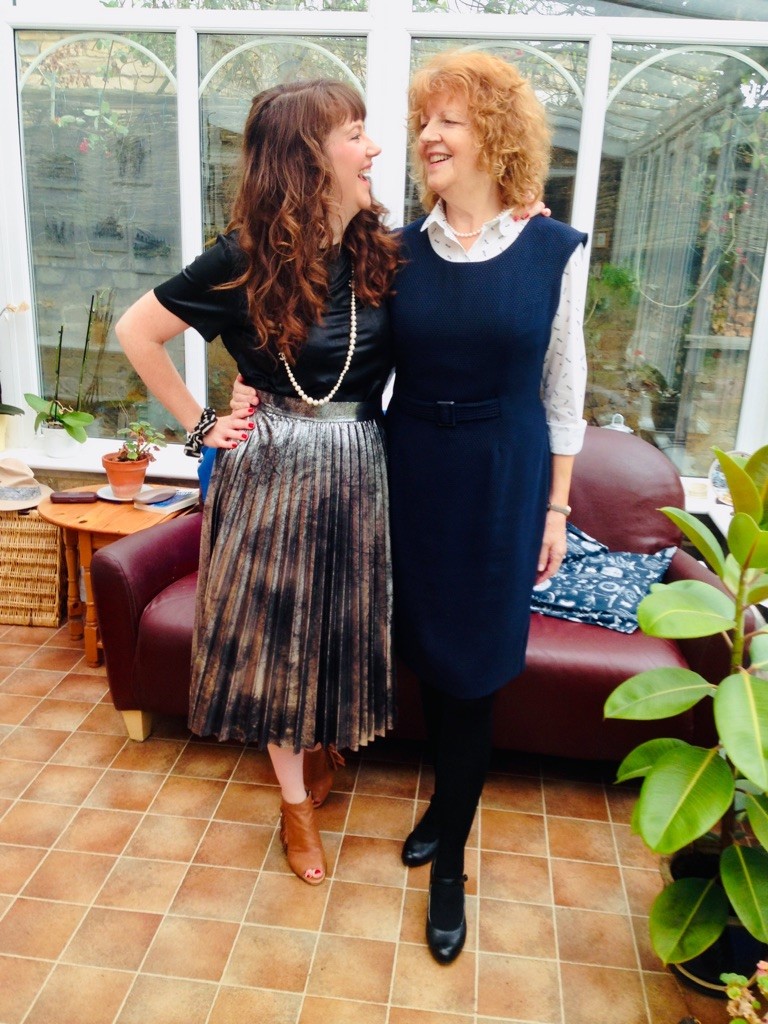 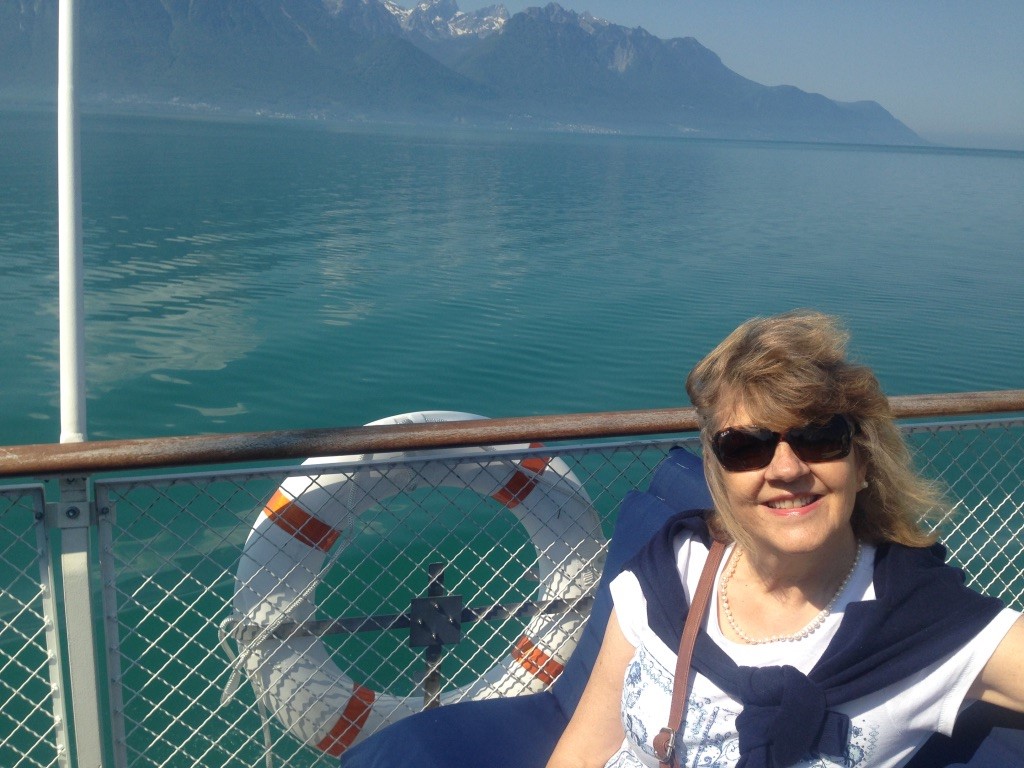 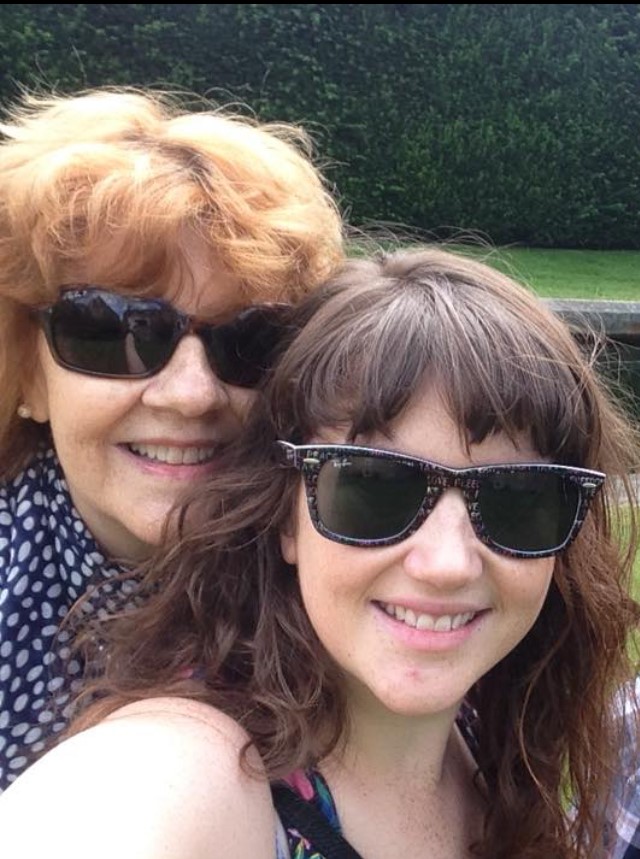