Bowel cancer that has spread to other parts of the body

In rarer cases, bowel cancer can spread from the bowel to other parts of the body.

Your healthcare team will help decide the best treatment for you. Your oncologist or surgeon will discuss your options with you.

You may have treatment to control the cancer and manage your symptoms.

There are also some specialised treatments that are specific to where the bowel cancer has spread in the body. Not everyone can have these treatments. Speak to your healthcare team to find out which treatments are best for you.

When bowel cancer has spread to bone

When bowel cancer spreads to the bones it is called bone metastasis. A team of experts will help decide the best treatment for you. Your oncologist or surgeon will discuss these options with you.

You may have drugs that help keep your bones strong. These can include bisphosphonate therapy and a drug called denosumab. Denosumab is also known as Prolia® or Xgeva®. You may have these drugs alongside other treatments, such as chemotherapy or radiotherapy.

Radiotherapy might be used to relieve any pain from the cancer. This is called palliative radiotherapy.

When bowel cancer has spread to the ovaries

When bowel cancer spreads to the ovaries it is called ovarian metastasis. A team of experts will help decide the best treatment for you.

You may hear the tumour being described as a Krukenberg tumour, which is a type of ovarian metastasis.

Surgery may be an option, but not for all patients. Speak to your healthcare team to find out which treatment is best for you.

When bowel cancer has spread to the brain

When bowel cancer spreads to the brain, it is called brain metastasis. A team of experts will help decide the best treatment for you. You may have some of these treatments on their own or combined with other treatments.

Tumours in the brain can cause swelling. You might have steroids to help reduce swelling in your brain. This is called steroid therapy. You will usually have a drug called dexamethasone. You could be given it as a tablet, injection or syrup. You may have it every day for a few days, weeks or months.

Some patients might have an operation to remove the tumour. This is also called a resection.

You may also be able to have stereotactic radiosurgery. This is sometimes called Gamma Knife surgery. Stereotactic radiosurgery is not a type of surgery and no openings are made in your body. It is similar to having a scan. Beams of radiation are directed at the tumour to try and destroy it. You will be lying on your back and you can communicate with the healthcare professionals treating you. After radiosurgery, you can usually go home the same day.

You might be offered a type of radiotherapy called whole brain radiation therapy. This shrinks the tumours on your brain. The treatment is given in small doses and you may have it multiple times.

Back to 'Treating advanced bowel cancer'

Back to 'Advanced bowel cancer' 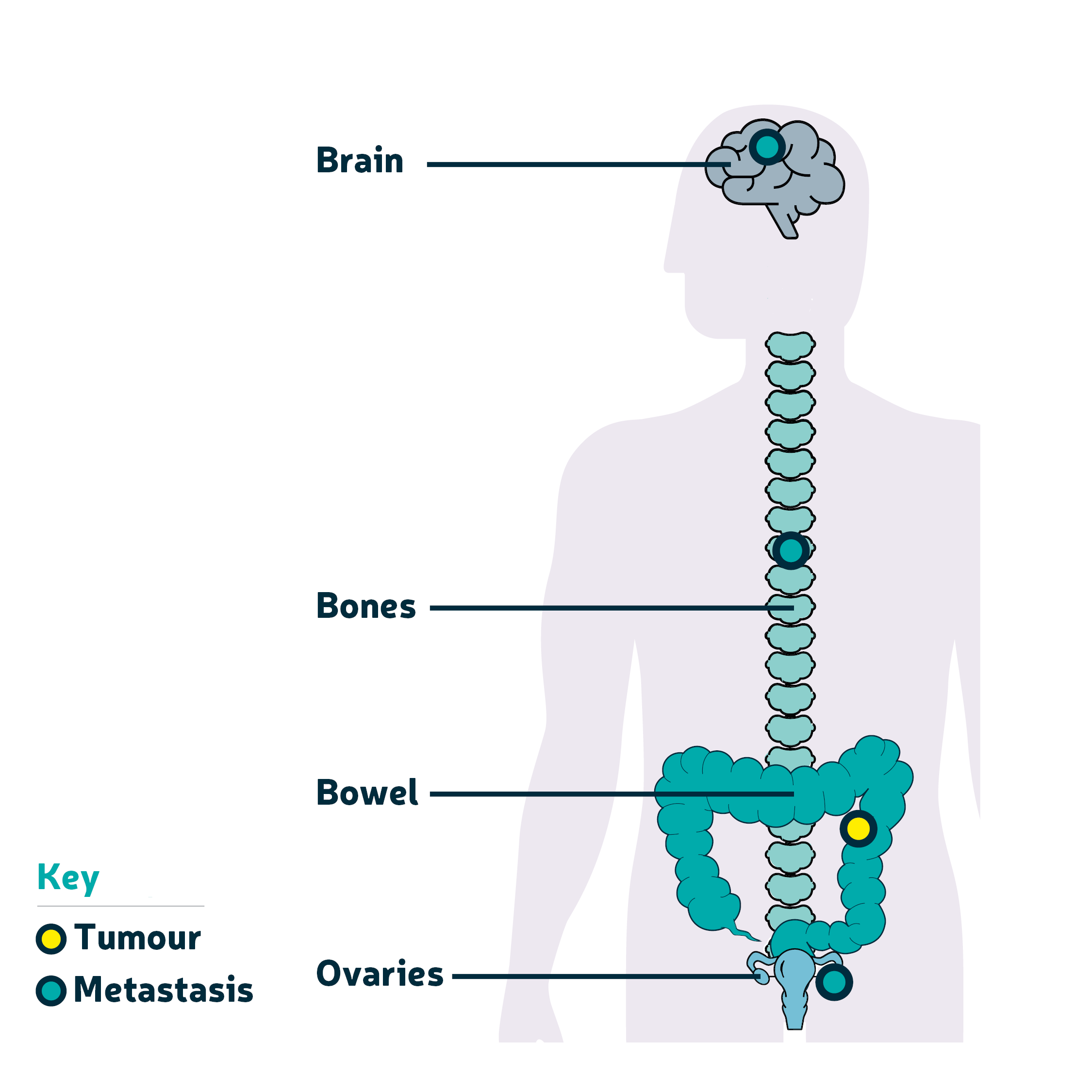