The number of people in England waiting longer than six weeks for tests that can help to diagnose bowel cancer has increased by over six-fold compared to the same time last year, according to figures published today by NHS England.

Of the more than 92,000 people on the waiting list for investigations for suspected bowel cancer symptoms, over half (53%, or 48,860 people) were waiting more than six weeks for an endoscopy test (colonoscopy or flexi-sigmoidoscopy), with almost a third of the total (29,443 people) waiting more than 13 weeks.

These tests look at areas of the bowel and can help diagnose whether someone has bowel cancer – the UK's second biggest cancer killer.

The coronavirus has had a huge impact on bowel cancer services, and endoscopies for all but emergency and essential procedures were initially paused due to the pandemic, leading to a growing backlog in patients waiting to be seen.

A separate measure for urgent cancer tests, which says patients should be seen within two weeks of a referral, showed more than 4,500 people had to wait more than two weeks for these in January 2021, out of a total of 33,148.

Genevieve Edwards, Chief Executive of Bowel Cancer UK, says: "This is a clear 'red flag' that endoscopy services are overwhelmed, and patients are being left desperately waiting for tests that could diagnose bowel cancer. In the last four months alone, 40,000 people have been added to this ever-growing list, despite the best efforts of the NHS to reverse this trend.

"Even before the pandemic hit hard in spring 2020, these services were stretched, with too many people waiting for urgent investigations. The huge endoscopy backlog generated as a result of COVID-19 needs to be dealt with, and quickly. The Government urgently needs to provide NHS England with the ability to increase both workforce and equipment to bring this under control.

"Bowel cancer is the UK's fourth most common cancer and the second biggest cancer killer, but it's treatable and curable, especially if diagnosed early. Anybody with symptoms should contact their GP as quickly as possible for advice." 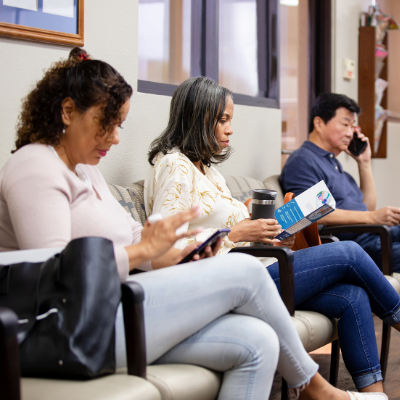