Cambridge, UK, February 07, 2017: Owlstone Medical, a diagnostics company developing a breathalyzer for disease, has announced that it has commenced a 1,400 patient clinical trial for the early detection of colorectal cancer using the company's FAIMS technology. Known as InTERCEPT, the trial aims to evaluate the accuracy of Owlstone Medical’s quick, easy to use, non-invasive, high-compliance breath (and urine) test in the detection of colorectal cancer at an early stage, when patient survival rates are at their highest.

Colorectal cancer is the second most common cancer killer worldwide, with 215,000 deaths every year at a cost of $99 billion (USD). Current fecal screening tests are unpleasant and, as a result, have a low compliance rate. This, combined with relatively low test sensitivity particularly in early disease stages, means that too many patients are diagnosed with late stage disease, leading to poor patient outcomes.

The InTERCEPT trial follows a successful pilot study using Owlstone Medical’s microchip FAIMS (Field Asymmetric Ion Mobility Spectrometer) platform technology, which showed sensitivity of 88% in detecting Volatile Organic Compound (VOC) biomarkers for colorectal cancer. In addition, the pilot study showed sensitivity of 62% for detection of advanced adenomas, a pre-cancerous stage of colorectal cancer, representing a substantial increase in the rate of detection compared with the fecal occult blood tests based on detecting blood in feces that are used currently within the NHS bowel cancer screening programme.

The trial is being run in collaboration with the University of Warwick and the University Hospital Coventry and Warwickshire NHS Trust with consultant gastroenterologist Professor Ramesh Arasaradnam as Principal Investigator for the study. The work has received widespread support from research organisations and charities including Bowel Cancer UK, CRUK, the NCRI colorectal screening & prevention sub-group and the NIRI Clinical Research Network.

Billy Boyle, co-founder and CEO at Owlstone Medical, commented: “A combination of low compliance and low sensitivity of current tests means too many patients are diagnosed when the cancer is at an advanced stage and survival chances are very poor. Two years ago my wife died of colorectal cancer as a direct result of late diagnosis. Early detection is our greatest opportunity for saving lives when chances of survival are higher than 90% - through our InTERCEPT trial we hope to make this a reality for more patients.”

Deborah Alsina MBE, Chief Executive Bowel Cancer UK said: “The UK has had a bowel cancer screening programme using stool testing for just over 10 years but it remains an unacceptable test to many people leading to low uptake. Whilst pilot studies have shown this will improve with the introduction of the simpler fecal immunochemical test, an alternative to stool testing would be welcome both potentially as a population screening test and as a method primary care could use to triage people more effectively to further diagnostic testing such as a colonoscopy. Detecting bowel cancer early when treatment is more effective must remain our priority so we very much look forward to seeing the results of this innovative new approach to the earlier diagnosis of bowel cancer.”

Dr Fiona Reddington, Head of Population, Prevention and Behavioural Research at CRUK said: “Early detection is crucial and any measures that increase the chances of cancer being picked up as quickly as possible are to be welcomed. Patients diagnosed with bowel cancer at the earliest stage have better than 90% chance of surviving for five years, whilst for those diagnosed at the latest stage this drops to just 6.6%. However, there is considerable variation in participation levels in screening for bowel cancer cross the country, and the UK average is only 56%.”

Professor Mark Hull, Consultant Gastroenterologist and Chair of the NCRI colorectal screening & prevention sub-group said: “There remains a clinical need for better diagnostic tests for colorectal cancer screening, prevention and early diagnosis, particularly modalities which may improve patient acceptability compared with stool testing. Owlstone Medical’s clinical study is of high relevance to the NHS and its priorities. I look forward to supporting this important study.”

Professor Ramesh Arasaradnam, University of Warwick and Consultant Gastroenterologist at UHCW said “My group has collaborated with Owlstone for several years in the discovery of biomarkers for a range of diseases including colorectal cancer, inflammatory bowel disease and tuberculosis. We are very impressed with the capability of Owlstone’s new non-invasive technology and are excited to be working with them on this important trial.”

To find out more about Owlstone Medical visit: www.owlstonemedical.com 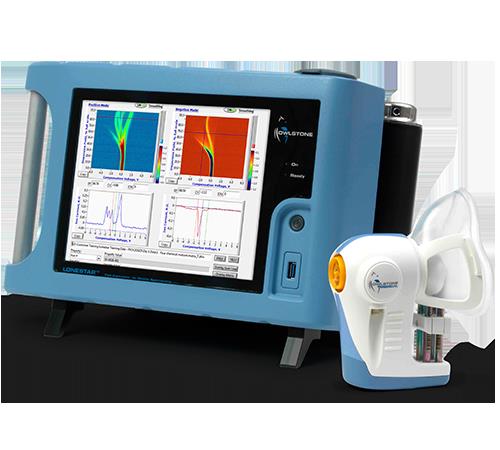