ScS travelled the world for Step up for 30

Corrinne Dockwray, People Advisor at ScS, explains how the company travelled the world last April for Step up for 30.

For Bowel Cancer Awareness Month in April 2021 we set ourselves a challenge like no other. Across the month, 250 members of the ScS team joined Step up for 30 with the goal of trying to virtually walk, run, swim or cycle, around the world in just 30 days.

The challenge was a fantastic opportunity for us to raise awareness of bowel cancer symptoms within our company, but was also a great way to encourage our team to get active and support each other after a challenging year.

We launched our challenge in style with a motivational welcome video from Olympians Steve Backley and Roger Black, and before 9am on the first day we'd already covered the first 40 miles. By day six we'd walked more than the distance of Sunderland to Moscow!

Through sunshine and snow our colleagues walked along coast lines, golf courses, hills, and even the Brecon Beacons, and were joined by plenty of family, friends and pets along the way. What's more, the ScS Board decided to donate £1 to Bowel Cancer UK for every mile we covered as a team, which made us even more determined to get there.

With only 14 hours to go on the final day and still with 800 miles to go, the team pulled together for the final push. Minute by minute we watched our step count creep up until finally, we did it! And with seven hours to spare.

Walking around the world was a brilliant way for the ScS team to connect in a different way, sharing photos and updates of our daily mileage. While there was an element of competition at first, there was a real feeling of team – we were so pleased to smash the target on the last day and raise awareness along the way.

In just 30 days, we'd covered more than 25,500 miles, the equivalent of 54 million steps and captured more than 288,000 minutes of exercise. Thanks to the generosity of the Board and all our colleagues who fundraised in support of our challenge, we raised over £28,000.

Alongside Step up for 30 and our around the world challenge, we also worked with ITV's Lorraine show throughout the month, as part of their nationwide 'No Butts' campaign. We displayed bowel cancer messaging on our livery and in all of our stores to share information about bowel cancer to our customers, suppliers and stakeholders too. 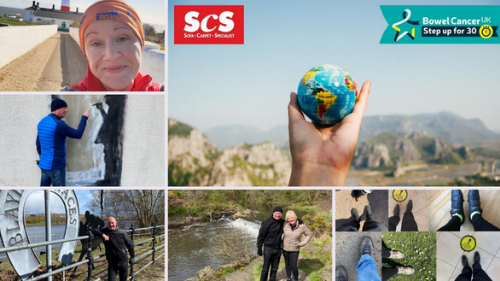 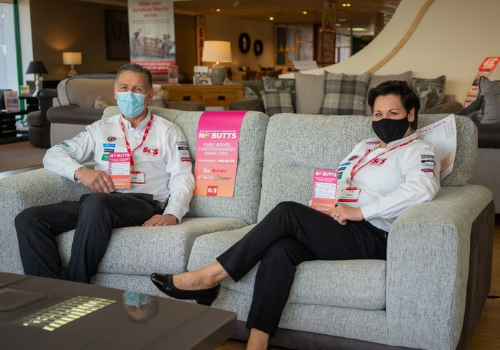 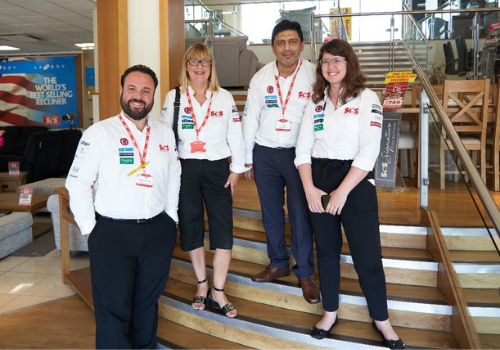