Fundraise Your Way: Liverpool’s Got Talent

Leanne Andrews is fundraising her way this April by organising a Liverpool’s Got Talent evening on Friday 26 April, to support her mum who was diagnosed with bowel cancer.

Leanne speaks to us about why she’s fundraising her way this April:

“My mum Colette was 62 when she was diagnosed with stage 2 bowel cancer. She was extremely fatigued, had breathing problems and we initially thought it was a chest infection. The GP provided her with antibiotics but a week later she booked another appointment because she wasn’t feeling better. A blood test revealed that she was anaemic and was prescribed iron tablets plus a referral for a colonoscopy.

However a day later, her GP phoned her and suggested she go to A&E for a blood transfusion, but when she arrived at the hospital the consultant decided against doing this. Within a few days she received her appointment for a colonoscopy and it was then that a tumour was found.

She was told that blood was dripping into her stomach, hence why she was anaemic. Within two weeks she had surgery. It took her three months to recover but she struggled with depression during this time.

She is now 64 and has been in remission for two years. She still has regular blood tests and an annual CT scan. The cancer really scared her, however she is a strong person and has a lot of family support. I’m really proud of her.

In honour of her, I’m organising a charity night on Friday 26 April. After what had happened to my mum it was really important to me that I raise awareness about this.

The first part of the night we’ll be hosting Liverpool’s Got Talent, where different acts will be performing like singers, dancers, instrumentalists etc. My mum and I will be performing a Grease dance act with a few other ladies. This has been really fun to rehearse.

For the second part of the night we’ll be holding a music quiz and doing a raffle. We’ve received some great prizes such as theatre tickets, cinema tickets and restaurant vouchers.

The local community have been very generous, which we are very grateful for.

Leanne is helping to fundraise towards a future where nobody dies of bowel cancer. You can too by having a quiz night, hosting a coffee morning or by getting inspired from our A-Z of fundraising ideas.

Whatever you decide to do this April, we want you to be part of Bowel Cancer Awareness Month and raise funds to support our vital services and lifesaving research.

Leanne is also supporting our #thisisbowelcancer campaign shining a light on the varied and many people affected by bowel cancer.

Join our campaign, write one word about yourself on a piece of white A4 paper or download and print our PDF template, take a photo and share it on social media with #thisisbowelcancer. Your word could be your hobby or your job or a way you describe yourself. It’s up to you. 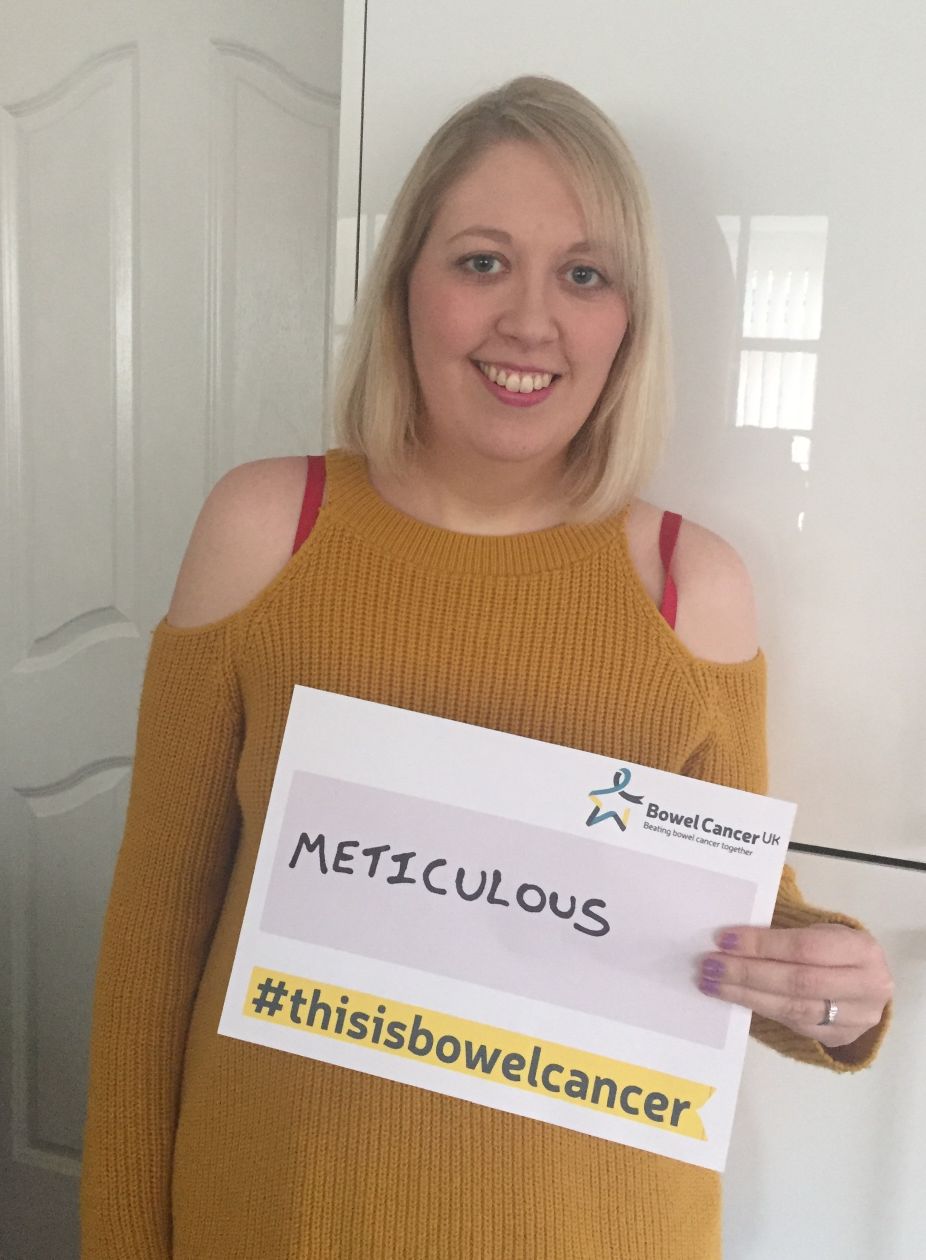