Bowel scope screening is stopping in England. What is the future of bowel cancer screening?

There have been a number of challenges with the roll-out of the bowel scope programme due to resource and capacity constraints. The COVID-19 pandemic has put unprecedented additional pressure on this service. Following expert clinical advice and consultation with professional bodies, NHS England have made the decision to stop the bowel scope screening programme.

In this blog we look at what this means for detecting bowel cancer in the future.

What is bowel scope screening and how does it differ from the Bowel Cancer Screening Programme?

They are two different screening tests that have been used to detect bowel cancer.

1. Bowel scope screening is a test that was being introduced to anyone in England aged 55. It involved using a thin, flexible tube with a camera on the end (called a flexible sigmoidoscopy) to look inside the lower part of the bowel and back passage (rectum). The test looks for, and removes, any non-cancerous growths (polyps) that could develop into cancer over time.

The test has a stick attached to the lid. This is used to take one small poo sample and then placed back into the tube. The test is then sent to a screening centre where the sample is analysed.

What is the future of bowel cancer screening?

Hospitals have been asked by NHS England to stop their bowel scope services as soon as possible.

By doing so it will provide NHS England with additional resources to focus on introducing FIT screening from aged 50, which is a key commitment as part of the NHS Long Term Plan, and an improvement we've long campaigned for.

In order to introduce screening from 50, NHS England need to increase the endoscopy capacity available for any follow up tests needed, and expand the endoscopy workforce in a phased way over the coming years.

If you were invited for bowel scope screening earlier this year, but haven't had your appointment yet, you will receive a letter inviting you to take a home test (FIT) in the bowel cancer screening programme from April 2021. If you have symptoms however please do not wait for the home test to arrive, call your GP as soon as possible and arrange an appointment.

Why is bowel scope being replaced by FIT?

There are a number of reasons why bowel scope is not being continued. This is because:

We're desperately disappointed that bowel scope was never fully rolled out across England, leading to a postcode lottery for those eligible. However, we believe there is logic in the decision to stop bowel scope screening at this time. This will allow for screening from 50, using the home-based FIT test to be introduced, whilst also enabling endoscopy services to recover.

Screening aims to detect bowel cancer at an early stage, when treatment has the best chance of working. Whilst we're disappointed that bowel scope is being decommissioned, we're pleased that this will support the work to lower the bowel cancer screening age – something we have been campaigning for several years. 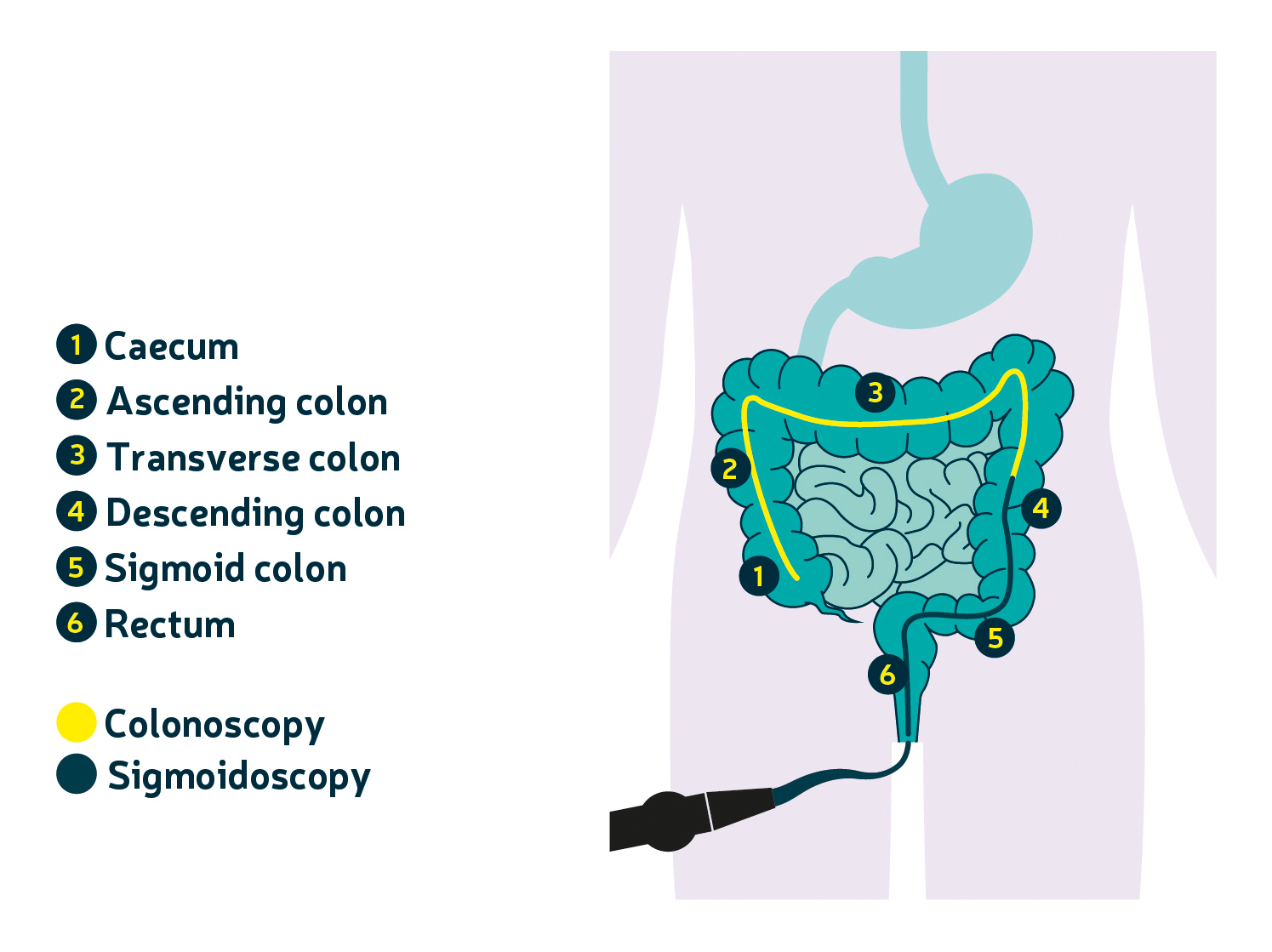