From working in the Royal Navy and not getting home to Plymouth much, I didn’t understand the severity of my father’s illness with bowel cancer. My mother was very protective and thought that it was her duty to keep the truth from me and my sister. However, the truth soon came to light when I received an invite to my bosses office for a chat. Being deployed (and at a time before mobile phones), he informed me that my father was very ill and that I needed to return home immediately.

I arrived in Plymouth, and to my father’s bed side 90 minutes before he died of bowel cancer. The ignorance of the doctor who had repeatedly told him it was irritable bowel syndrome... A year later my sister was diagnosed with FAP (Familial adenomatous polyposis), which lead onto bowel cancer. She survived but now lives with a permanent colostomy bag.

My life continued until 1996 when my only symptom of anything wrong was visiting the toilet twice a day for a period of five days. Upon visiting a local doctor in Scotland and describing my family history, he too was quick to diagnose me with irritable bowel syndrome. Of course, I wasn’t happy with this so returned to my ship and insisted on a second opinion which I was granted.

Returning to Plymouth, I was seen at Derriford hospital by a man called Mr Brodribb; a true gentlemen and someone who was very to the point. In late '96, an internal investigation was conducted and my fears were confirmed, I had indeed followed in my fathers and sisters footsteps and my large intestine was completely covered in polyps. These were pre-cancerous, but I was only 26 and with the large bowel so infected it was only a short period of time before these would have turned cancerous.

In February 1997, my life certainly changed. I was grateful my physical. and indeed mental state, was in a very good place to take this on. Mr Brodribb had been honest and direct with me from the start which I certainly preferred. I knew that I would never return to having the physique I had at that time, and my eating along with my drinking habits would all change.

The operation went extremely well, however nine days in hospital took its toll on my body and mind. Leaving the hospital was a relief but the hardship and reality of what had been done sank home very fast. Toilet habits were extreme to say the least; going toilet in a colostomy bag was difficult. Mentally I struggled, and the occasions when it leaked left me feeling down - not depressed just low.

I have found over the years that some foods don’t agree me, and I have to be aware of where I’m going especially if I’m going out drinking. When my pouch is full I can’t simply stand at a urinal and empty my bladder, I actually have to sit down and empty the pouch and bladder at the same time.. 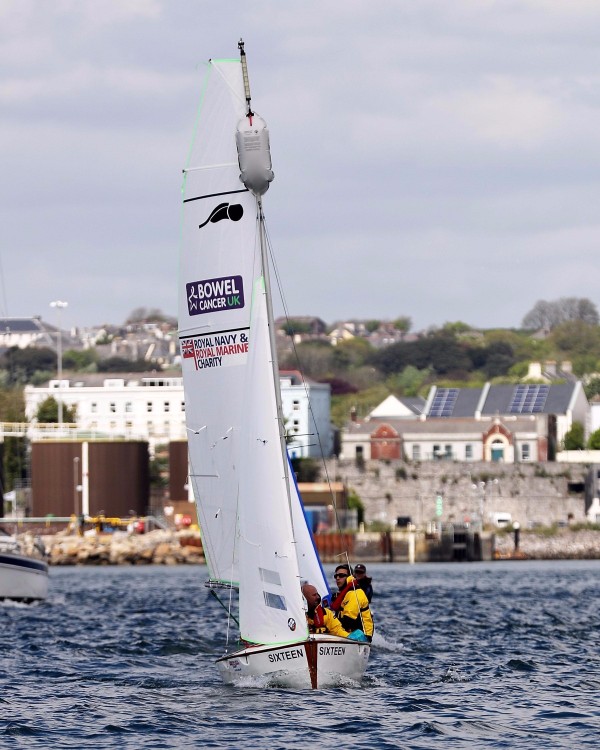 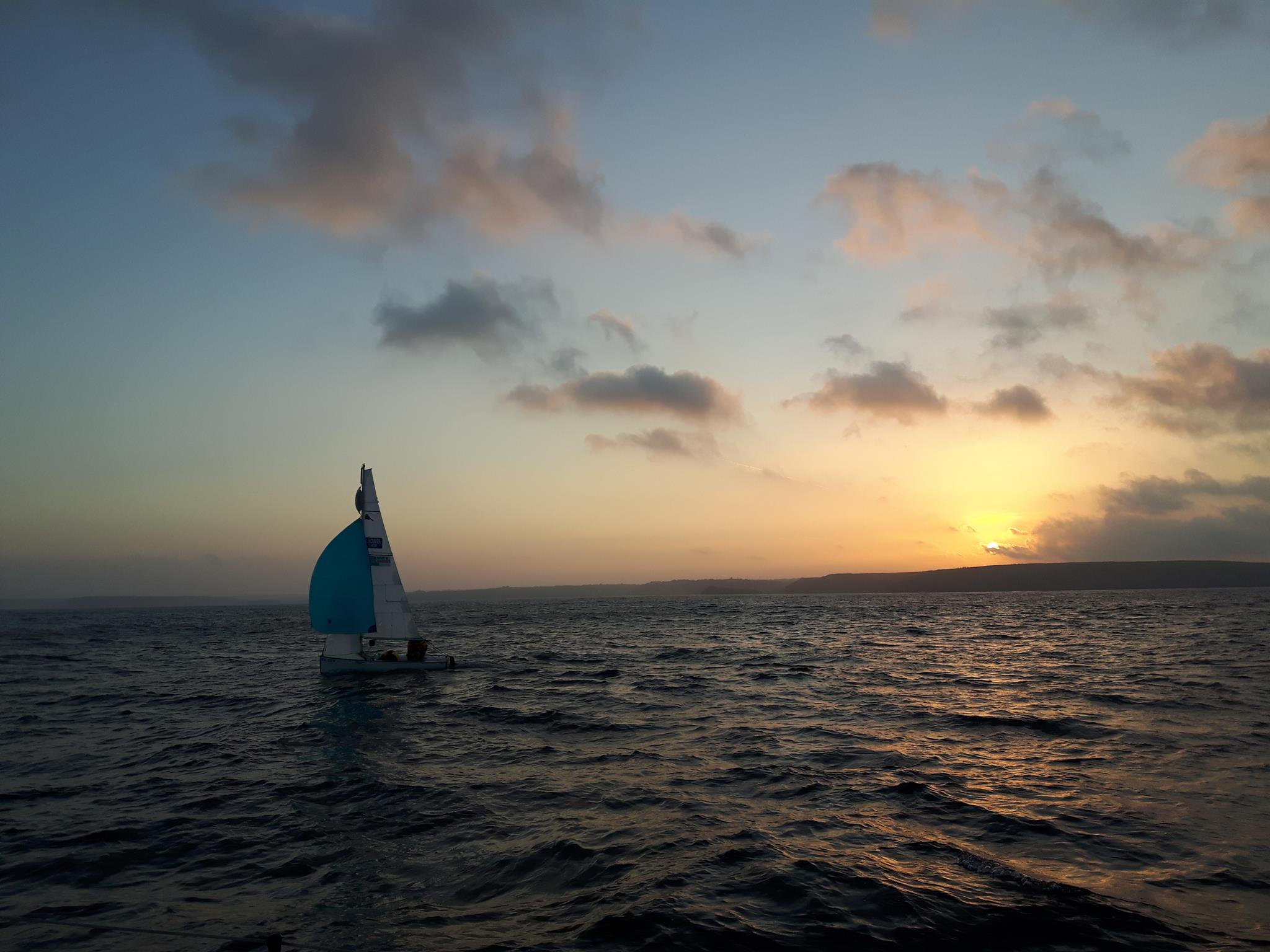 My job as a Sea Survival Instructor started in 2003. It has been a very rewarding job; in 2009 I was honoured with an MBE by her majesty the Queen at Buckingham Palace. I didn’t start sailing until March 2015 but discovered straight away that I had a liking for the thrill, excitement and challenges sailing posed.

By August 2015 Phil (my sailing partner) asked if I wanted to sail a 14ft dinghy from Plymouth to Portsmouth via the French coast. Of course I had no hesitation in accepting. Our training routine was quite vigorous and long sessions in the boat were at times hard; my timings for eating and drinking had to be good - getting caught out on a small boat along way from shore was no fun at all.

On 14 June we set sail from Plymouth, straight into a force 6 with a 6-8ft swell -  not great conditions on a 14ft open boat. I went through emotional highs and lows during the 72 hours we were at sea; eating, drinking and sea sickness were a problem, and going to the toilet meant sitting on a bucket in front of my sailing partner Phil.

We finally reached Portsmouth at 09.45 on Friday 17 June and have now been confirmed as Guinness World Record holders. This goes to show that even with internal difficulties that affect your everyday life, and an illness that can kill you if you ignore the symptoms, you can still achieve great things.

A year later we wanted to break another world record when Phil and I sailed from Plymouth to Holyhead in a 14ft Bosun Dinghy. Phil and I made an attempt at our own world record of 309.25nm, setting a new distance of 331.5nm over five days. We raised over £3,000 for the Royal Navy and Royal Marines Charity, and Bowel Cancer UK.

You can do anything; it's just your approach that needs to change.

But with fundraising there is hope

Feeling inspired? Take part in one of our fundraising events and help support our vital research and lifesaving work.