I had just given birth to my second daughter in 2014 when I started experiencing symptoms. I saw mucus when I went to the toilet. I also felt a bit sluggish – something didn't sit right with me about the symptoms so I thought I should get it checked out.

My GP was incredible and didn't hesitate to send me for a blood test to check for Celiac disease. The blood tests came back as showing signs of inflammation but no Celiac disease indicators were present, so in November 2014 I was referred to the gastro team at my local hospital. They thought that my symptoms could be ulcerative colitis as I have history of the disease within my family. They referred me for a sigmoidoscopy in December 2014. During this procedure they found two small polyps but no signs of ulcerative colitis. A colonoscopy would be needed to investigate further. At no point did I ever consider that bowel cancer could be an option; I was naïve to think that it couldn't happen to me!

In February 2015, I had a colonoscopy. During this procedure they found a 7cm tumour. The room fell silent. There, staring at me on the huge screen, was a monstrous tumour blocking most of my bowel. At this point I knew it was serious. I immediately asked if it was cancerous, and the doctor said that it was a VERY large polyp but that she couldn't tell. The bottom of my world fell out! An emergency CT scan was arranged that Sunday. After what seemed like a decade, I called 14 days later to receive news of the biopsy and CT scan, which revealed that the tumour was not cancerous and that there was no evidence that it had spread outside of the bowel wall! I was ecstatic-how could somebody be this lucky?

I was advised, that as I was so young, I should try to save my bowel and have the tumour removed by an endoscopy specialist; a decision I later regretted. This entailed a four hour colonoscopy procedure, where I was sedated and very sick. The specialist seemed to think that the tumour could have been there for up to 10 years! It was very fibrous and hard to remove so he ended up having to burn the site of the tumour. Unfortunately he couldn't remove all of it and they told me it would most likely come back. I was to return to see him in six months' time.

In November 2016, I had the second large colonoscopy procedure and the tumour had indeed grown back to 3.5cm. Again it wasn't cancerous but during those months, the surgeon had noticed that many more small polyps had appeared. At no point was I aware that a benign tumour could turn cancerous – why I hadn't realised this will haunt me for the rest of my life!

At no point did I ever consider that bowel cancer could be an option; I was naïve to think that it couldn't happen to me!

I was referred back to my local hospital and with the expertise of Mr Nader Francis we made the decision to remove the majority of my bowel. On the 26 April 2016 I had a sub-total colectomy. It was an operation which was supposed to take 4-5 hours but took a total of nine. My husband and family were anxiously waiting for what seemed like an eternity.

During the operation, thankfully Mr Francis noticed spots on my omentum (a sheet of fatty tissue that covers the abdominal wall) and a pool of mucus within my pelvis. As well as removing my bowel and creating an ileostomy, Mr Francis removed the entire omentum, washed out the peritoneal cavity with 10 litres of water and removed 23 lymph nodes. All completed with keyhole surgery – incredible!

Whilst recovering from the surgery and getting used to life with an ileostomy stoma, the results of the pathology came back. I had cancer, stage 4 cancer! None of my lymph nodes were involved and the cancer had not grown through the bowel wall, so how had it spread? A question the specialists asked themselves and a bit of a puzzle! I did what everybody says not to do, but the thing that every cancer patient can't help – I searched for hope. Dr Google made this venture quite difficult HOWEVER being a positive person I decided that if a stage 4 bowel cancer patient has an 8% chance of surviving 5 years or more after diagnosis – why couldn't I be one of the lucky 8%?

From May to November 2016, I had FOLFOX chemotherapy. As a mum to two young girls (four and two) I was determined that this wouldn't affect their daily lives. The chemotherapy was tolerable and I was ok. I made sure I got out of bed every day, that I took my girls to preschool and school, that we went to the park, played, went shopping and that we did all of the things we would normally do as a family. I put every ounce of my energy into the girls, falling asleep on the sofa the minute they were in bed after the usual bath and bedtime story routine. The chemotherapy definitely had a cumulative effect, the sickness and tiredness got progressively worse. As a primary school teacher, I made the decision not to work during my treatment, and I am glad, for the first line of treatment I focussed my energy on our girls and getting through the chemotherapy. 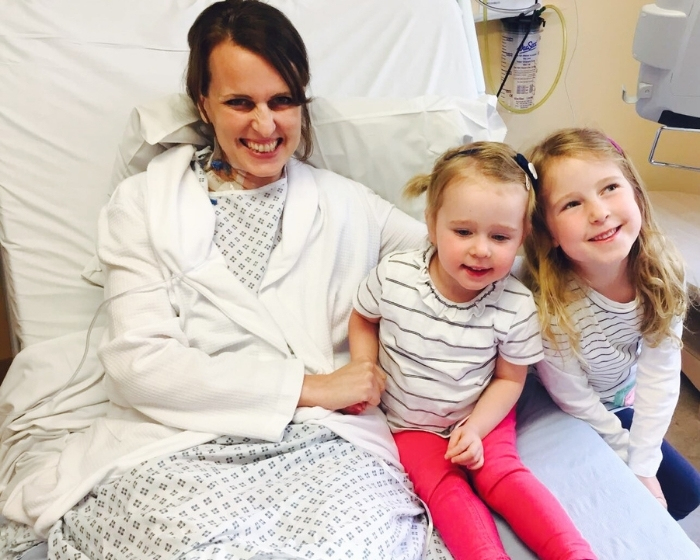 My surgeon works closely with the expert team for peritoneal malignancy in Basingstoke. He referred me after my chemotherapy to see if I was a candidate for the HIPEC operation. In March 2017, tests showed that my right ovary looked enlarged. Basingstoke said that bowel cancer with peritoneal spread can spread to the ovaries and asked how I felt about having them removed during the HIPEC operation. I said they could have them and keep them without hesitation!

I felt so lucky to be eligible to have the HIPEC treatment at Basingstoke Hospital the following month; it is a huge operation and I was told to expect a two-three week stay and a long recovery.

During the operation, they took multiple 'suspect cancer' areas including some of the remaining intestine, spots on the pancreas and the ovaries. They also stripped the lining of the peritoneum and recited my ileostomy (stoma) before pumping the heated chemotherapy around my abdomen for an hour. The operation was successful and I recovered really well – hot footing it home after nine nights! The care I received was second to none; what an amazing team of people! The pathology found that only one ovary was cancerous and the rest of the biopsies were benign. It felt like we had won the lottery – the prognosis could have been so much worse at this stage!

I recovered remarkably well and six weeks later, I was back at work doing the job that I love. I have had extra chemotherapy as a 'mopping up' and I will have CT scans and blood tests every four months to monitor me. It has been a rollercoaster 18 months; a positive mind, supportive husband and incredible children have made it all bearable. Some days I forget that I am even a cancer patient – it still doesn't feel real! It is still very early days however 'no minute spent worrying is well spent' is a quote that really resonates with me. It inspires me to just get on with it. Why would I ruin the now worrying about the tomorrow? Live more, love more and smile more.

It is now March 2018 and I feel so lucky to report that I currently have no evidence of disease! I am back at work and things have settled down in terms of hospital visits and appointments. We took the girls to Disneyland Paris over the Christmas holidays. It felt like such a milestone to be able to enjoy something so magical as a family - we closed the door to 2017 on a high!

I have just received my second CT scan and blood results since the HIPEC operation in April 2017 with another ‘all clear’. I will continue to be monitored closely, which is so reassuring. I know that the ‘What if it comes back?’ notion will never subside but thankfully the ‘What if I waste my life waiting for it to come back?’ concept always prevails! For now, I will continue to live my life to the full and feel so very grateful that my experience so far is such a positive one.

I feel so incredibly lucky and blessed to be sat here today, writing the update to my stage 4 bowel cancer story. The update that enables me to celebrate another NED scan result in March and a meeting with my surgeon to discuss the feasibility of a bowel resection!

In the early, ugly days of my diagnosis I did not let myself think too far ahead. I took each day as it came and jumped each obstacle as I met it. To be able to say that I am currently showing no evidence of cancer and that I am on the waiting list to bid farewell to my life-saving stoma is an incredible feeling. An incredible feeling that is mixed with guilt. Guilt that I have been given the opportunity to see my girls grow up when so many of my fellow 'bowelies' have had their chances taken away; and guilt that so many fellow bowelies have to endure seemingly endless, gruelling treatment when my life is relatively 'untouched' by cancer now.

The fear of recurrence is palpable, but I live my life knowing that each day is a blessing, I am so lucky to be able to share it with those I love the most.

I truly hope that my story can bring some optimism to those who are newly diagnosed, to those who are told that they have had a recurrence or to those who are supporting a family member living with bowel cancer right now. Stories of hope gave me an inner strength, a silent power to believe that there was a chance for me to live and see a life beyond cancer. I am now five years post my stage 4 diagnosis and 4.5 years post my recurrence. 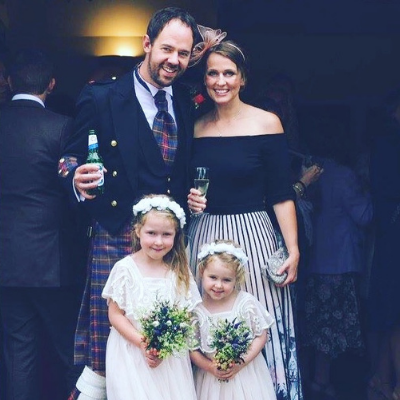 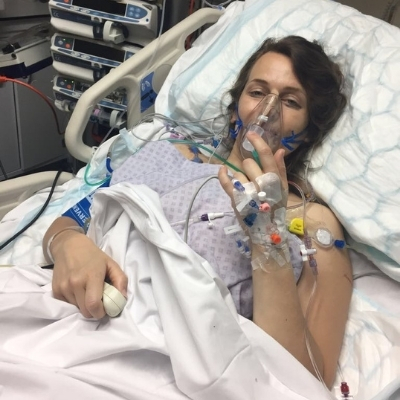