In February 2017, I was diagnosed with bowel cancer. I went to my GP in August 2015 with my symptoms: blood in my poo, mucus, constantly exhausted and lower abdominal pain. They thought I had piles and was prescribed a cream. My gut instinct told me that this wasn’t right so I continued to go back. I kept being told I had piles but he eventually referred me for a flexi-sigmoidoscopy in June 2016.

Nothing was picked up in this test but my symptoms persisted and in November 2016, I was referred for a colonoscopy. However, due to miscommunication with the GP and the hospital, my appointment was put back until January and when I finally had a colonoscopy, it revealed I had bowel cancer.

Luckily I was diagnosed at stage one, which is quite unbelievable for the length of time that I was showing symptoms.

I had a surgery late March and luckily no further treatment was needed. Although the cancer has now gone, I’m still suffering the side effects of surgery, which include pain, tiredness and bowel issues but hopefully this will improve with time.

It has been the worst time in our lives. Cancer doesn’t only affect the person who has it but all of your family and friends. We have been through every emotion possible and our lives were turned upside down. You also need to rely on lots off help as after major surgery, you’re unable to carry out even the simplest daily tasks.

Update:  After a rocky time of coming to terms with what had happened and coming back from it we had a surprise pregnancy! Our third healthy daughter, Eilidh Winnie Glasgow, was born on July 18th 2018. Then Ross and I were married on October 13th which was an amazing day.

Two days before the wedding I received my results from my first CT scan and sigmoidoscopy since the cancer - ecstatic to say they were all clear. We have had so much support from some amazing friends and family. I always have the worry of the cancer at the back of my mind but am living every day as best I can and making the most off life with Ross and my amazing kids, family and friends.

But with research there is hope

Investing in surgical research is crucial to develop more effective and personalised life-saving treatments, standardise surgery and care for patients regardless of where they live and minimise side-effects for everyone who has an operation.

Cancer doesn’t only affect the person who has it but all of your family and friends. 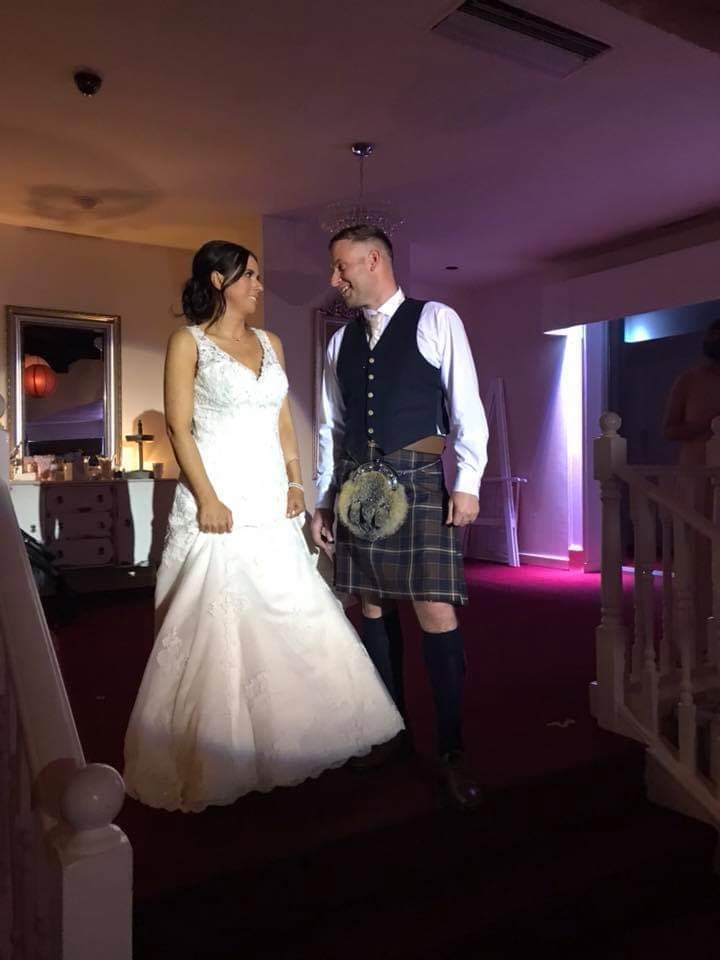