My cancer journey began in 2015 at the age of 43. With a family history of cancer and my career as an NHS Lead Nurse and Clinical Specialist, my inquisitive mind led me to an appointment with Clinical Genetics. After 20 years of ovarian cancer screening and actively taking part in national research projects, I ﬁnally had results that I didn't have the well-known BRCA 1 and BRCA 2 faulty gene that can be the cause of breast and ovarian cancer. Together with my genetics consultant it was thought that my family history may have a link with Lynch syndrome (previously known as HNPCC). This can give you a signiﬁcant risk of bowel cancer, gynecological cancers, and lesser so, other related cancers.

At this point there was no clinical means to test me for Lynch syndrome, however it was suggested that I met with a colorectal consultant to discuss bowel screening. I had a colonoscopy later that year. With no clinical symptoms it was a shock to be told that I had a polyp in my descending colon. Biopsies concluded that the polyp was not malignant at this stage, however my colorectal surgeon was keen to remove this section of my colon, in view of my family history and possibility of Lynch syndrome.

In January 2016 I had a left hemicolectomy anterior resection of the colon. Following surgery, the histology results concluded that the polyp was now malignant, but fortunately at an early stage and the surgery resulted in complete cure with no further medical intervention.

A month later the clinical genetics team gathered further family history and tests concluded that I did have Lynch syndrome.

Due to the risk of gynecological cancers with Lynch syndrome, in June that year I found myself heading back to theatre for a preventative hysterectomy and bilateral salpingo-oophorectomy at the strong advice from my genetic and gynecology consultants.

This regimen of treatment is well known to be tough amongst cancer patients, with horrendous side effects, often with many people not completing the eight cycles.

The multi-disciplinary team strongly recommended that the rest of my colon was completely removed. My third major surgery in 10 months took place in December 2016 with a subtotal colectomy and anastomosis.

Recovery was difﬁcult with several post-operative complications as this cancer had invaded some local lymph nodes that were removed during surgery. Because of this, I commenced eight cycles of adjuvant 'mop up' chemotherapy (Xelox), to prevent any recurrence.

This regimen of treatment is well known to be tough amongst cancer patients, with horrendous side effects, often with many people not completing the eight cycles.

Despite side effects of nausea and vomiting, severe diarrhoea, abdominal pains, poor appetite, fatigue, peripheral neuropathy and the feeling of being poisoned, I was determined to complete the prescribed eight cycles to give me every chance of any pesky cancer cells being destroyed.

I managed to push through and with the treatment complete, I was discharged from my oncology team.

But some three months later, routine blood tests led to further investigations and scans. In November 2017 the devastating news came that the bowel cancer had spread throughout my lymph system, liver, bones and an adrenal lesion.

A diagnosis of stage 4 aggressive cancer was a complete shock and it came with a very poor prognosis.

In December 2017 treatment was commenced with chemotherapy (FOLFIRI) and biological targeted therapy – Panitumumab. Despite a rocky start with severe side effects of diarrhoea, abdominal pains, fatigue, severe neutropenia and skin rash, six cycles were completed with a dose titration.

A CT scan concluded a phenomenal response with marked regression of multiple tumours in the liver. The bones had become sclerotic, the lymph system had improved and the adrenal lesion had completely disappeared. Following another six cycles my disease was stable with ongoing response.

In June 2018 my Oncologist's advice and opinion was that a treatment break would be safe and beneﬁcial physically, psychologically and for my wellbeing.

However, funding rules with my biological targeted therapy drug does not allow this. An eligibility rule within the Cancer Drug Funds protocol does not allow more than a six week break off treatment without losing the funding. If I took a longer break, then my body would beneﬁt from time to allow some recovery and resilience for further treatment, but I would not be able to have this drug again unless I paid privately. It's a horrible catch 22.

The psychological side effects of long-term chemotherapy are just as difﬁcult. The physical skin effects have knocked my conﬁdence, self-esteem and at times stop me going out.

My oncologist was equally frustrated as clinical evidence has shown that a treatment break would not have an overall impact. He is not able to treat me and my cancer as an individual and has to be controlled by arbitrary rules and guidelines that make little sense.

I am too scared to risk a break off treatment and lose the funding for a drug that I have responded so well to.

A further CT scan in October 2018 reports stable disease and ongoing response. Once again, I cannot risk having a treatment break, because of the arbitrary funding rule. However, the impact and side effects of long term chemotherapy and biological therapy are gruelling.

The physical side effects of this treatment cause me to have:

In addition, to combat neutropenia I have to inject for seven days out of the 14 day cycle to stimulate my bone marrow to make white bloods cells.

The psychological side effects of long-term chemotherapy are just as difﬁcult. The physical skin effects have knocked my conﬁdence, self-esteem and at times stop me going out. Long term antibiotics to control the skin effects along with the chemotherapy and biological therapy do not allow me to be in the sun. Any sun exposure exacerbates my skin tenfold. Who wants to stay indoors on a beautiful sunny day?

At times severe diarrhoea keeps me at home. It's always a worry when going somewhere. I love to eat out but often when I get there I feel nauseous and have no appetite. It is also very difﬁcult to plan trips and almost impossible to book any holidays within a 14 day cycle (three of those 14 days you are receiving chemotherapy).

Due to the high demand at my oncology centre, there is no ﬂexibility to move treatment days to allow life events to continue.

Allowing treatment breaks would increase capacity at my chemotherapy suite, consultant time for pre-assessment appointments, district nurse care, and would reduce the number of blood tests required pre-chemotherapy, all leading to cost savings.

In addition, my ongoing treatment does not allow me the opportunity to return to my job in the NHS. A longer treatment break could allow me to return to work for the NHS and once again contribute as I have done all my career.

Taking the break my body needs should not lead me to fear that I can't access my medication again, and my quality of life should not be governed by 'guidelines'.

All these things have a huge impact on not just me, but my partner, family and friends. Despite all this, I am of course thrilled at the response that I am having with my treatment and am forever grateful.

However, taking a longer treatment break would allow my body and mind to recover for a period of time and allow me to withstand further treatment. It would also lower the amount of additional drugs and costs of drugs that I am prescribed to counteract my side effects from ongoing treatment.

Taking the break my body needs should not lead me to fear that I can't access my medication again, and my quality of life should not be governed by 'guidelines'. A treatment break would allow some normality back into my life and for so many others who are living with stage 4 bowel cancer.

In July 2019 I had some slight disease progression. Twenty months of chemotherapy and targeted therapy kept my cancer stable but unfortunately a liver tumour grew and a lymph node became enlarged. My oncologist felt it was time to move to Plan B – immunotherapy. During my time on chemotherapy I had been researching and networking with people across social media, online cancer forums and people affiliated with Bowel Cancer UK. I had learned that the drug company that made Nivolumab (immunotherapy PD-1 checkpoint inhibitor) were considering applications on a named patient basis for people with Lynch Syndrome and MSI-H cancers. Bowel Cancer UK were very supportive and provided me with the relevant information to forward to my oncologist. My application was successful. I felt so grateful as the private cost of funding treatment at £6,500 every two weeks was not sustainable.

During the preparation to start immunotherapy, I was diagnosed with adrenal insufficiency and became very unwell. All the steroid treatment that I had been using for the skin toxicity due to the Panitumumab had caused my adrenal system to shut down. If only I had been allowed to have a break from the Pantiumumab to allow some skin recovery I would have perhaps now not be in a position of another very serious health condition. Adrenal Insufficiency became a more difficult condition to manage than cancer. After a year of treatment I slowly recovered.

Another blow came in October 2019 when it was found that I had cancer to my skull bones. This may have occurred when the cancer had initially spread but was not found. I was given a course of radiotherapy.

I have now had 21 months of immunotherapy and I'm currently in near complete response. All my cancer is stable with no evidence of any active disease. The side effects are very different with this treatment but have allowed me to have a good quality of life. Some people can develop long term autoimmune disease that can be very challenging. The future remains unknown but for now I am very fortunate to have access to this new therapy. Immunotherapy drugs Nivolumab, in combination with ipilimumab, and Pembrolizumab have both recently been approved by NICE and will now be available on the NHS. It's great that these drugs now provide another treatment option for more people like me, who up until now had limited options.

Bowel Cancer UK have been a huge help to me over the last number of years and I now volunteer regularly with the charity – lending my support to the forum and online groups for people living with bowel cancer. 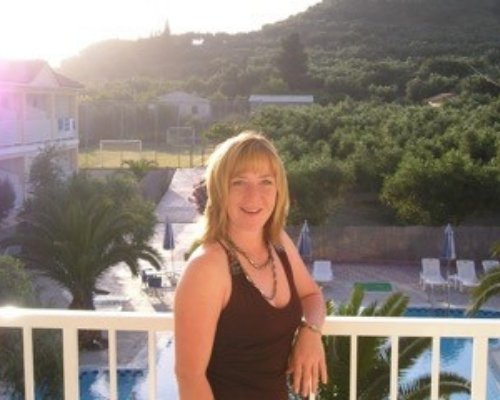