"I lost my baby boy, Leo, to stillbirth at six months on 1 Jan, 2017. A few weeks later, I saw my GP and explained that I was still having nausea, loose stools, abdominal pain and blood in my stool. She ran my bloods and we discovered that I was anaemic and had elevated liver function. I explained that I had been losing weight throughout my pregnancy.

"I was referred for a colonoscopy as my GP suspected IBS. I had a call from an independent third-party referral service and booked in for the end of February. As luck would have it, a tree fell on the train tracks on my way to that appointment and I got stuck on a train and had to reschedule. I was given a date in mid March.

"My health deteriorated rapidly and about a week before my consultation, I had to go to A&E. My heart rate was high, I was sweating and lightheaded. I told the doctor there about my symptoms and that I didn’t think I could make it to my consult as I was unable to keep anything down – even water. The A&E doc gave me metaclopromide and cyclizine and told me to drink small sips of water and wait for that consultation. I was devastated and severely dehydrated but they didn’t even hook me up to an IV.

"The next day, I had a phone call saying that the gastroenterologist had a funeral to attend and had to cancel our appointment. I then played a game of phone tag with my GP’s medical secretary and the third-party referral service to rearrange the appointment. It turns out that they had referred me to a private hospital which doesn’t prioritise patients based on clinical need. The cancellation effectively bumped me to the back of the queue.

"The third-party referral service then said that there were no appointments past mid April but that I could be wait-listed. I rang my GP’s medical secretary who told me that she couldn’t send a letter asking me to be expedited if I didn’t even have an appointment! I went to see my GP weekly so she could document my weight loss and she was also really frustrated with the situation. 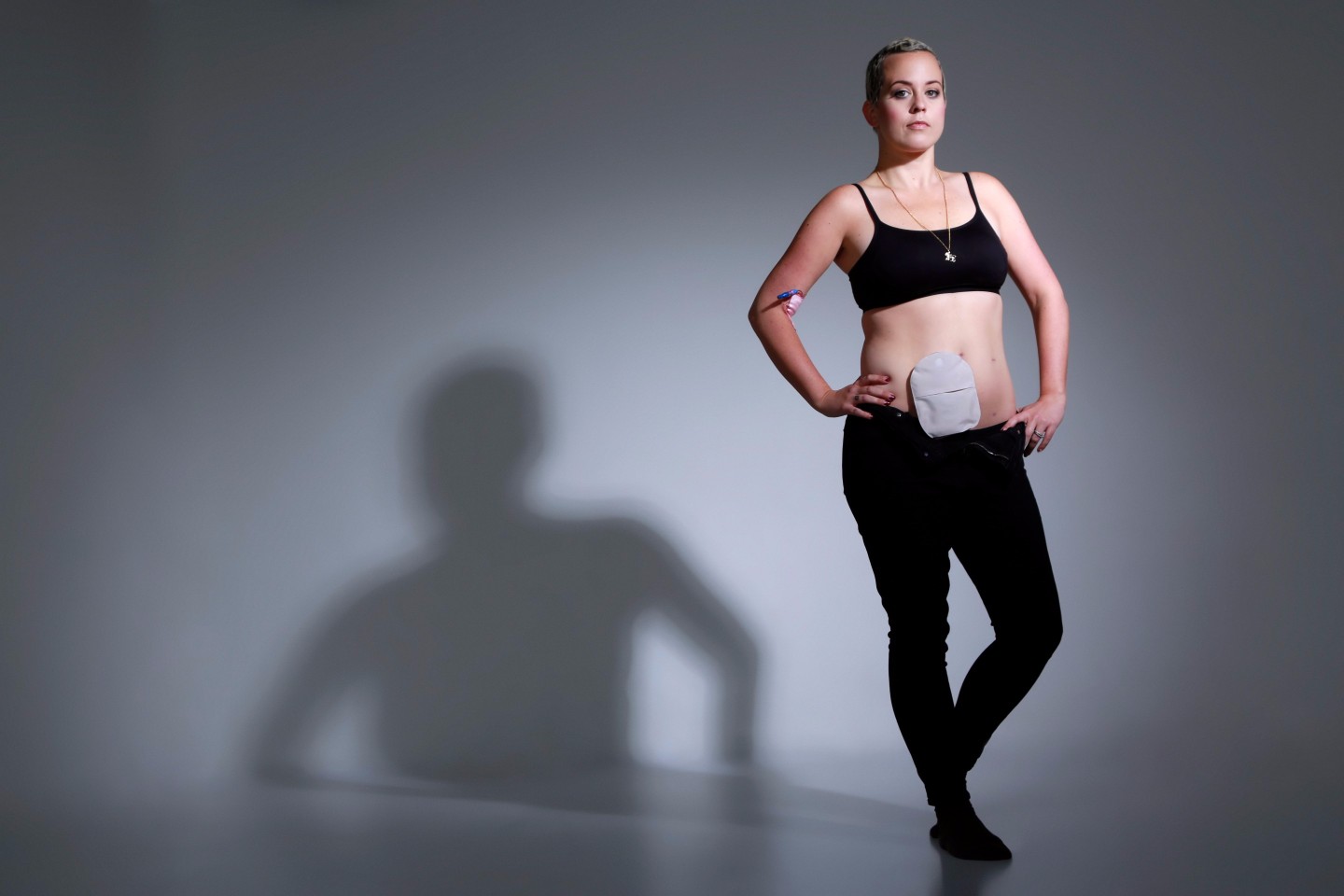 "I finally got an appointment for a consultation: mid June. To the private referral company, I was merely a name on a list. There was nothing personal about it.

"I decided that that wasn’t good enough and paid out of pocket £200 for a private consultation to speed up the process. It was mid April when I saw the consultant and he referred me back to his NHS practice and scheduled my sigmoidoscopy for the following week.

"The sigmoidoscopy, as I’ve written about in my blog, was difficult as my health was so bad I couldn’t walk on my own. I was admitted to hospital and given IV fluids, then discharged to wait for scans as an outpatient.

"I didn’t fare well at home and ended up back in hospital to have my surgery as an emergency one. I couldn’t keep down any solid food by that point.

"Genetic testing is important because there are genetic-mutant types of bowel cancer which make the cancer less receptive to chemotherapy. Perhaps my chemotherapy could have been personalised, had we known I had a mutated type of cancer? I still don’t even know…

"This brings me to my current situation. I’ve never once spoken to a liver specialist, however they have apparently discussed me at their MDT meetings. The liver team passed along the message pre-chemo that I was operable. My oncologist said that I would be operable even if the 4 cycles of chemo didn’t work.

"But they didn’t work, and I have just yesterday received the news that my cancer has grown aggressively in my liver. I’m now inoperable and the only treatment that I’m eligible for is more intense chemo, which my oncologist thinks has maybe a 10% chance of keeping me stable. Even though I’m due another cycle of chemo on Friday, a delay in my MRI results means that I don’t have a start date. Even now, when every day counts."

Amy died on April 5 2018. She didn’t want anyone to say that she ‘lost her battle’ with cancer but said she’d rather be remembered as someone who never lost hope.

I've never once spoken to a liver specialist, but they discussed me at MDT meetings. The liver team passed along the message pre-chemo that I was operable. My oncologist said that I would be operable even if the 4 cycles of chemo didn't work. But they didn't work, and my cancer has grown aggressively in my liver. I'm now inoperable.

All photography by Jesse Loughborough at Spirit Photographic, Bath