I was diagnosed with stage 4 bowel cancer in September 2014. I had been aware for a while (but really not that long) that I didn't feel great, but I thought I was getting older, was overweight, drank too much, and should address these things before becoming one of the 'worried well' clogging up the doctor's surgery.

Even when I got to the stage where I had to stop every couple of hundred yards climbing a hill I didn't take it very seriously. To be honest, as I wasn't losing any weight I thought nothing serious could be wrong – and this may be a message that needs to get out. Sudden, unexplained weight loss is not a necessary bowel cancer symptom, you can have it without.

I also, over the years, had started to need to move my bowels more urgently at times – but this had also come on gradually and I put it down to age. Once upon a time I would never have used a public toilet in town, but with hindsight I realise that I had been doing for some time, and that I had registered where the public toilets I was willing to use were situated.

At the beginning of September 2014 I went to give blood and they sent me to my GP because I was severely anaemic. At the time I was busy with work so it took a couple of weeks to get blood tests and results, but as soon as they were available the GP referred me to the hospital on an 'emergency' appointment. The Sunday afterwards I had a colonoscopy, carried out by the consultant himself – something I wasn't expecting. Because I had gas and air rather than a sedative the consultant was able to talk me through the procedure and I saw the tumour as soon as he did.

By that time I was aware that it was likely to be bad news of some kind so I wasn't particularly shocked. My husband and daughter came to collect me and the specialist nurse talked them through the findings. I was offered the chance to speak to the consultant as soon as he was free but by then I felt I had enough information to cope with for the time being.

I was asked if I was interested in taking part in a trial but then I became ineligible when a metastasis was found on my liver. The good news is that it is isolated and suitable for resection, although if I had presented with symptoms earlier we might not have got to that stage.

Sudden, unexplained weight loss is not a necessary bowel cancer symptom, you can have it without.

There then followed a whirl of appointments and tests and an operation was scheduled for four weeks later. In the event this had to be postponed for a week – when I was already gowned up and in the theatre waiting room – because no HDU bed was available. But that is another story.

As soon as the anaemia was treated I started to feel better, and even more so after the right hemicolectomy was carried out.

After four cycles of Xelox chemotherapy, I had a liver resection in May 2015, followed by 'mop up' chemo and was declared 'cancer free' and signed off in August 2015.

The follow up involved two clear scans in October 2015 and April 2016, but I was discovered to be anaemic again in June 2016. After a holiday in Australia I saw the consultant, who wasn't particularly worried but booked me in for a colonoscopy, which was clear. This was followed by a CT scan which revealed a liver metastasis and extensive peritoneal mets which meant I was inoperable and incurable.

This was so surprising that the medical team went back to the previous scan to see if they had missed anything, but it appears that the spread was very sudden.

I was referred to the Christie to see if I was suitable for cytoreductive surgery (CRS) and HIPEC but was rejected because the peritoneal disease was too extensive so instead I started palliative chemo. If I didn't respond to this the prognosis was extremely poor – as little as six months – so I embarked on divesting myself of work commitments, rewriting my will, setting up Enduring Powers of Attorney and generally sorting out what was left of my life as best I could.

In the event I have responded to the chemo – so far – with the first scan showing 29% shrinkage. This was not quite enough to get me on an immunotherapy drug trial, but the second scan took me over the threshold. However by this time the trial had closed.

I am scanned every 12 weeks and the third scan showed stability so for the moment I am staying on the same drug regime – irinotecan and capecitabine – but there are a few more possible tricks in the bag before I run out of options.

I do know that I am terminal and that my luck won't hold forever, but I feel really well, am walking 10,000 steps a day and apart from losing my hair I look better than I have for years. I have decided to embrace the hair loss and am 'out and proud' as a bald person – although I certainly need to wear a hat outdoors as colder weather approaches.

I have decided to embrace the hair loss and am 'out and proud' as a bald person.

I have been fasting for 48 hours before each chemo session and have been suffering very few side effects. In fact I stopped taking the anti-nausea medication altogether several months ago. But I've no idea if this is causation or correlation with the fasting, although it feels too late to stop now!

I cashed in my teachers' pension so money isn't a worry, although I have started to do a bit of work again, largely to use my skills and keep my mind occupied. I am also doing some voluntary work with various cancer charities and spending as much time as I can with my now one year old granddaughter.

A few weeks ago I asked for a prognosis letter from my oncologist to unlock another small pension that I have, but he said that he couldn't write a letter saying that I had less than 12 months to live as I am far too well. It's amazing how much your perspective changes with a terminal diagnosis and this now feels like very good news, certainly compared with a year ago!

So I am continuing to live my life as well as I can and not put off doing things I want to. I have had friends visit from all over the world, have been on several holidays – although these tend to be short breaks out of necessity because of fortnightly chemo – both in this country and Europe.

I am also planning my 60th birthday celebrations – something I didn't expect to be doing a year ago. If I continue to be well I might even venture to see my friend in Australia in the spring. But really I can't plan more than 12 weeks at a time because of the scans and what they might show.

A terminal diagnosis isn't a good thing to receive, but it does give you time to prepare and to make the most of the time you have left.

I've now survived much longer than expected, and am continuing to do well. So I've started to rein in my spending a bit and I've also been picking up more work. I would have to survive much longer than is likely for my pension to run out, but I've always been cautious and would also like to be able to leave something to my children. I may even want to pay privately for some drugs, such as avastin, which are not available on the NHS, when my current treatment stops working.  As I am RAS mutant I have few options left once the irinotecan stops working.

Chemo now feels like an inconvenience which interferes with getting on with my life – but I know it is still a necessity.  We are trying to space out the treatments a bit more as fortnightly is rather relentless. I'm hoping that alternate two and three week cycles will still hold things at bay.

I've now completed fifty 48 hour fasts before chemo and I still have few side effects. My scans are showing stability now, rather than shrinkage – but I'll take that.

Treatment aside, there is still a lot I’ve managed to do. I wrangled a reasonably priced annual insurance policy for Europe, which means I've travelled to various places in the last year, including Seville, Prague and Vienna. I haven't made it to Australia yet – but who knows?

I've also accepted wearing my wig. It's easier and effective in cold weather. Though I know that I'll probably go back to being bald in summer when the wig is too hot.

Listen to Barbara on our podcast 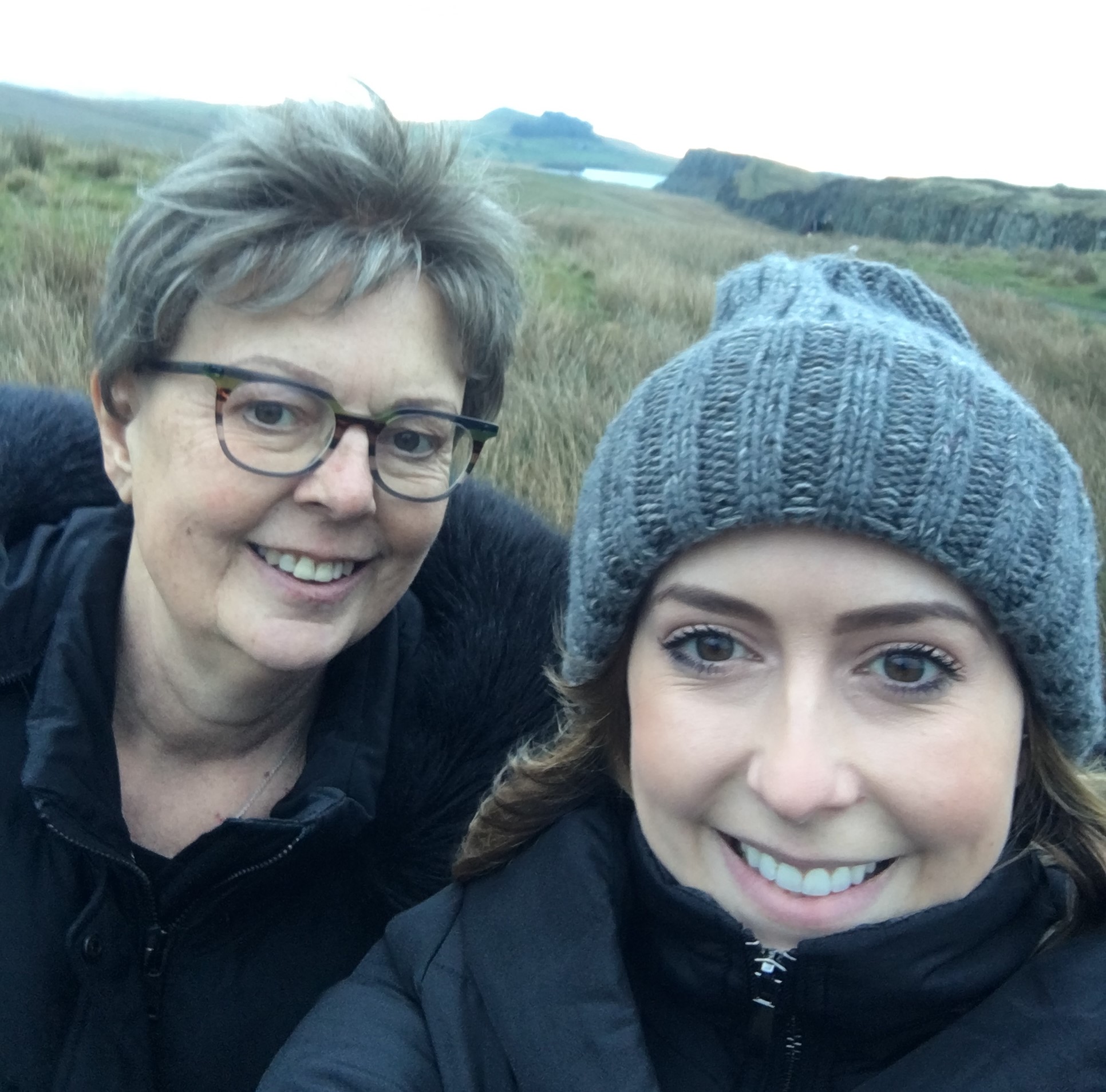