My husband, Martyn, was misdiagnosed for a year, despite pleading with doctors to investigate for cancer. When he was eventually told he had bowel cancer in 2012, it was already too late for him. He died in October 2014, aged 34.

In contrast, my father David, 63, was told he had stage three bowel cancer when doctors investigated a small heart attack. Doctors found an ulcer and investigated further, quickly diagnosing cancer. He had surgery and six years later, is now in remission.

For a year before he was diagnosed, Martyn had blood in his stools but was told it was from piles and it was normal. In 2011 when his symptoms got worse, he asked several doctors if it could be cancer but they all said they were almost certain it wasn’t. They just didn’t recognise it as a serious risk because he was so young.

Three months after Martyn received his diagnosis, we got married. 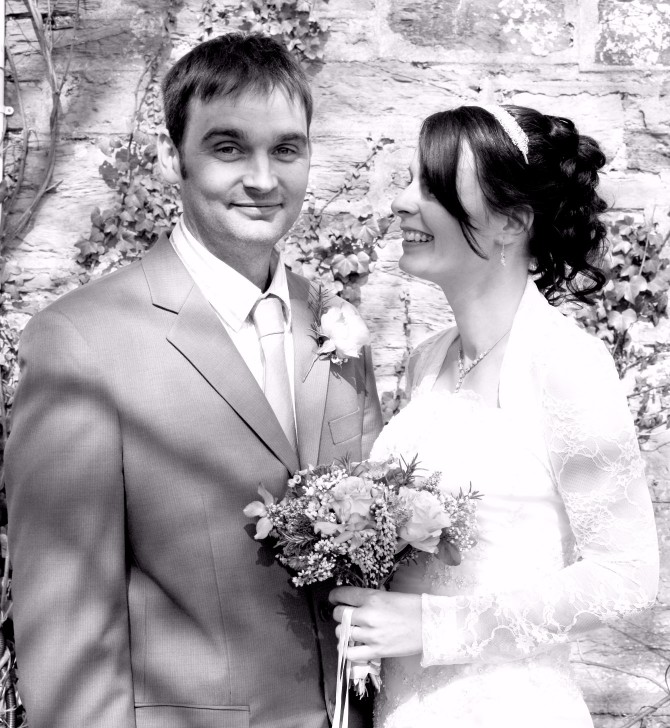 I really welcome Bowel Cancer UK’s new risk assessment tool to help clinicians identify bowel cancer in younger people. Martyn’s death broke my heart. He was so positive throughout and fought so hard to survive.  It was soul destroying to see him suffer and to lose him. I’m so relieved that my dad’s outcome is looking more positive, and of course I wonder if Martyn would have still been with us if he’d been diagnosed earlier. It would certainly have given him a fighting chance.

Seeing Martyn go through his treatment has really scared me. I live in fear of getting bowel cancer myself, and I will find it hugely reassuring that better systems are put in place to diagnose earlier. It will make a massive difference – catching cancer early can mean the difference between life and death.

Emma has set up a website in Martyn’s memory at: www.memoriesofmarty.co.uk

But with research there is hope

The University of Exeter, in partnership with our Never Too Young campaign, Durham University and North Tees and Hartlepool NHS Foundation Trust, have published new research and a risk assessment tool to support GPs to identify the symptoms of a serious bowel condition for patients aged under-50.

The assessment tool will calculate the risk of the patient’s bowel symptoms allowing the GP to decide whether they need further tests. This is the first of its kind for younger people and aims to speed up the diagnosis of patients under 50 who often experience significant delays.

They just didn’t recognise it as a serious risk because he was so young.