Bowel cancer screening is one of the best ways to diagnose bowel cancer at an early stage, when treatment is more likely to be successful. Drs Theodoratou and Rufini are investigating whether it’s possible to find DNA from cancer cells in poo samples. If successful, this technique could potentially be used to improve screening and diagnosis of bowel cancer.

At the moment the national bowel cancer screening programmes in the UK all use tests that look for hidden blood in poo. However, blood could be a sign of another health problem and not all polyps or bowel cancers bleed, so testing for blood is not always reliable. The researchers are therefore investigating whether looking for DNA from cancer cells at the same time as testing for blood would be a better option.

The researchers will collect poo samples from a small group of people who they know already have bowel cancer or polyps. FIT (Faecal Immunochemical Test), a test that’s already used as part of the screening programme in Scotland, will be used to the collect the samples. Instead of looking for blood in the poo, the researchers will use a range of very sensitive lab tests to look for DNA that contains changes we know are associated with bowel cancer.

If the project is successful, the researchers will do a bigger piece of research to see whether this approach would work as part of the bowel cancer screening programme or to test people who visit their GP with symptoms. This could have a major impact on early diagnosis of bowel cancer and also has the potential to reduce demand on tests used to diagnose bowel cancer like colonoscopy. 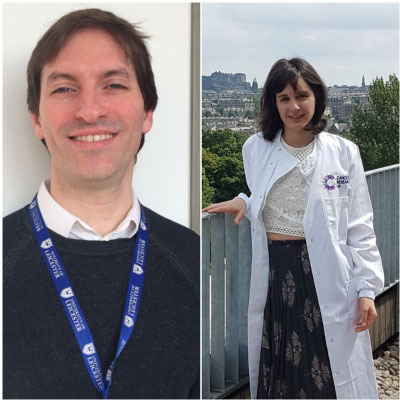