Lynch syndrome is a genetic condition that increases the lifetime risk of bowel cancer to up to 80%. Professor Sir John Burn working with Dr Jem Rashbass at Health Data Insight CiC will create a national registry of people with Lynch syndrome to help inform surveillance, treatment and care of people with the condition.

People with Lynch syndrome are more likely to develop bowel cancer at an early age due to changes in a set of genes called the mismatch repair genes. Research has shown there could be over 200,000 people in the UK with this genetic condition, yet fewer than 10,000 have been identified. Regular surveillance has been shown to save lives as well as costs, but care is poorly coordinated.

However, scientists don’t yet understand if all the changes to the mismatch repair genes definitely increase a person’s risk of developing cancer.

Researchers will build on work that’s already been done for people with changes in genes linked to breast cancer (called BRCA 1/2). Using a tried and tested way of anonymising patient information, they will link records of people with Lynch syndrome who go on to develop cancer to Public Health England’s National Disease Registration Service to understand more about how and when people are tested for Lynch syndrome, if and when they develop bowel cancer, and their surveillance, treatment and survival.

This is the first time this type of information has been combined in this way anywhere in the world.  Having access to detailed anonymised data on people with different gene mutations means researchers will be able to work out whether surveillance, treatment and care needs to be tailored as a result.

In the longer term, it may provide additional information about some of the genetic changes we understand less about.  For example, we may discover that some changes in mismatch repair genes are not linked with an increased risk of cancer, whilst others are. Strategies to prevent cancers developing can therefore be tailored more appropriately.

It’s hoped that collecting and reporting this information will become routine across England and Wales, with the potential to ultimately save patient lives, as well as costs. 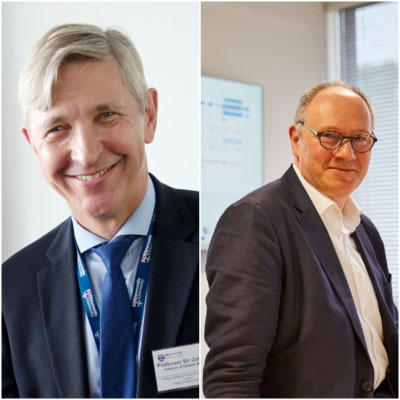