“Why raising awareness matters to me”

Barbara Moss was diagnosed with stage 4 bowel cancer in 2006 aged 52.

Today, a cancer diagnosis does not mean a death sentence! So much more is known on how to treat the individual but certainly, early diagnosis makes it much easier for everyone and when screening is offered, it is essential to do this small task. Had I been properly tested at 46, when I first went to my GP, it would have been so much easier than being diagnosed at 52. I urge you to ensure you are properly tested if you have symptoms. Don’t be fobbed off like me! Early diagnosis makes such a difference!

I was finally diagnosed at stage 4 and told that I could never work again. That wasn’t easy. I was given three months to live and told that there was no hope. There was a tumour in my ascending colon and a 15cm tumour in my left liver.

I’m sure that you’re already asking a number of questions. Why was I misdiagnosed? How can this happen? Further, I had visited my GP several times with the problems, especially in the later days. Haemorrhoids, gastroenteritis, hiatic hernia. I had an appointment for a camera to be put down my throat. The wrong end for me! It was only when I was so anaemic that I ended up at A&E for a blood transfusion when a proper diagnosis started my treatment.

Why a prognosis of three months? This just shows the difference between an early diagnosis and a late one. Diagnosed at an early stage can mean a speedy operation and return to work. Nearly everyone survives if diagnosed early. Life can often get back to normal. Stage 4, lower survival rates, great disruption to life for you and your family and costly treatment. In 2006 when I was diagnosed, chances were even less.

Although my life was turned upside down, I learnt to take control over decisions that concerned my life. For me, this made the difference between life and death. I was not told about biological drugs, I read about them and asked for them. They were not available on the NHS, so we paid for them. I was lucky. The drug shrank my tumour sufficiently for resection and that’s why I’m alive today! 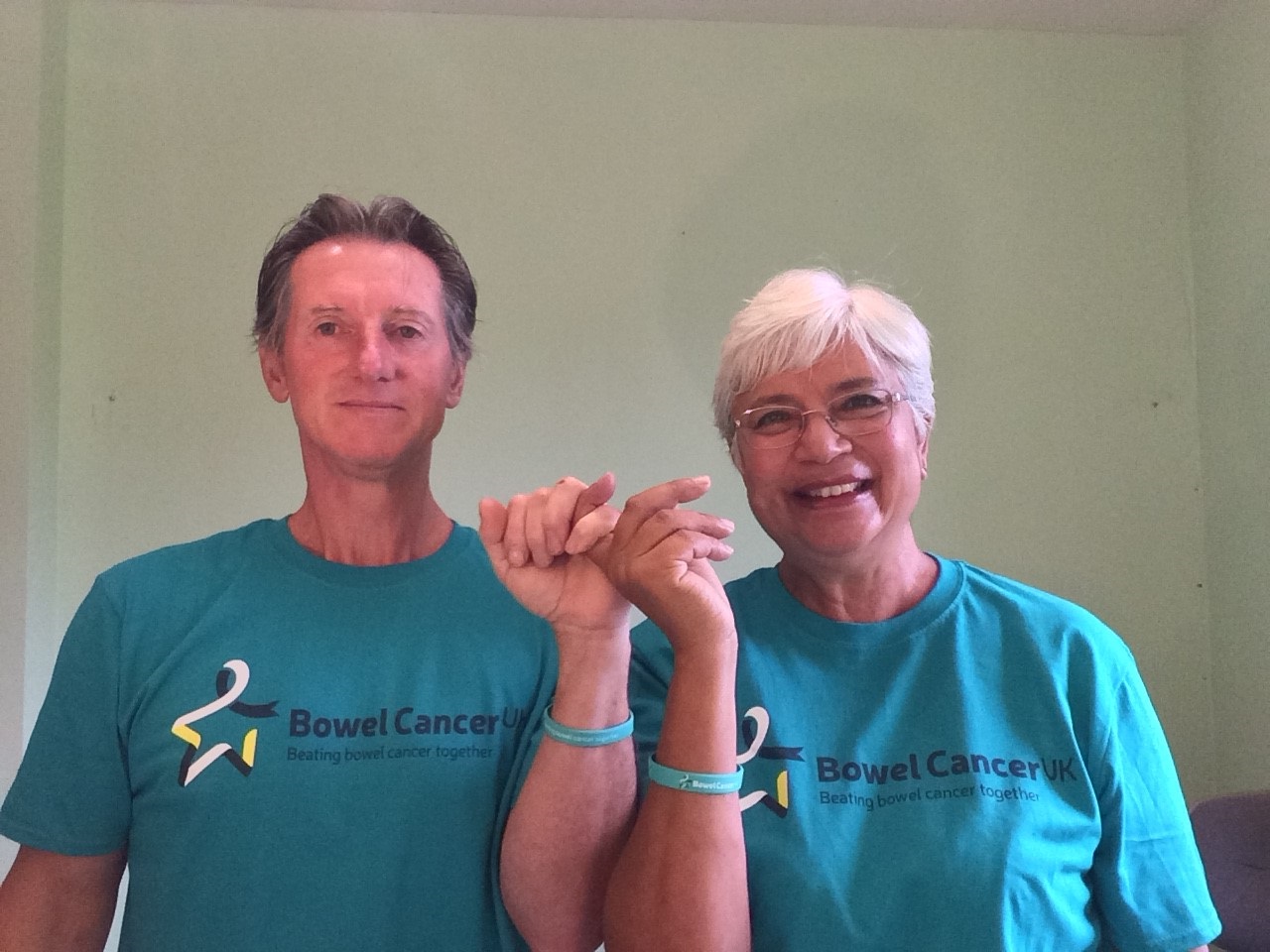 Campaigning does make a difference and both Mark and I have been involved in so many campaigns, with Bowel Cancer UK and also in Europe.

Recognising the importance of this and the unfairness in accessing new drugs, my husband Mark and I took my story to the press and we were featured in all the nationals and on TV, even abroad. The story gave rise to so much public reaction that it was taken to government and resulted in the appointment of a cancer tzar. His review was fully accepted, allowing people to purchase a private drug without losing their NHS entitlement as I did and in introducing the Cancer Drugs Fund. Campaigning does make a difference and both Mark and I have been involved in so many campaigns, with Bowel Cancer UK and also in Europe. I have spoken at Westminster and European Parliament. Our lives have been changed from ‘no hope’ to something that is so fulfilling and rewarding.

It took time to build up this confidence but we know that it saves lives. We know it is important to be aware of the symptoms of bowel cancer. Bleeding from your bottom and/or blood in your poo, a persistent and unexplained change in bowel habit, unexplained weight loss, extreme tiredness for no obvious reason or a pain or lump in your tummy and you should see your GP. Then, ensure that you are properly tested. And when you are offered a free screening test in the post, do it! It makes sense.

For Mark and me, being advocates has not only put our lives back on track, it has steered it in a more positive direction. We love what we do because raising awareness of bowel cancer makes a difference to so many lives and families. Thank you for becoming aware. You know what a difference this can make. 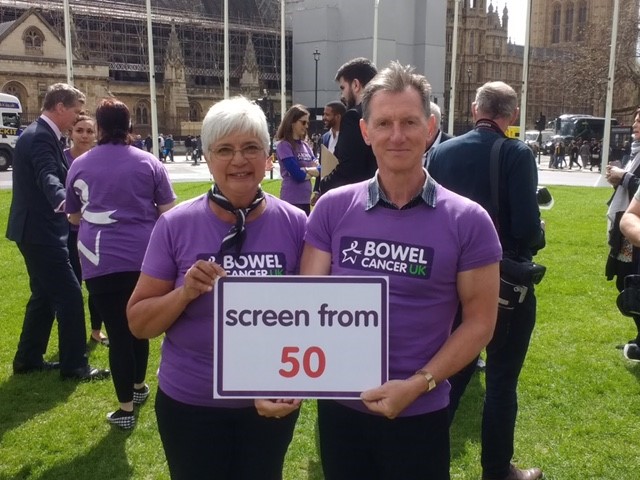 We’re always looking for people to share their experience of bowel cancer and Bowel Cancer UK. Whether you have personal experience yourself or through a family member or friend with the disease, we use stories in the media, on our website, on social media and in our materials.