Why James is running four half marathons in four weeks

James Merriman, 34 from Devon, is spending his September running four half marathons to support his dad, who was diagnosed with bowel cancer in January 2019.

I was on a run training for the London Marathon in January when I received a message from my mum in Greece that my 74 year old dad may have bowel cancer. It came from nowhere, I was so shocked. I had never even heard of the disease!

Six weeks later, my parents had flown back to Devon so my dad could be treated at home. After a few scans and tests, he was diagnosed with bowel cancer. It hadn’t spread but the tumour was the size of a golf ball. Early April, he was due to have surgery to remove it, but that day his heart rate was sky high. He was on the verge of having a heart attack, so the operation had to be pushed back.

His surgery was scheduled on the same weekend as the London Marathon, and although it was really disappointing that I couldn’t be with him, mum was there and after months of training for the marathon I couldn’t pull out. He made a full recovery, and didn’t need any further treatment. Luckily the disease was caught early.

I’ve always loved running and that’s why I’m pushing myself to run four half marathons for Bowel Cancer UK. I am in no doubt that the work the charity does to fund targeted research and to promote early diagnosis has resulted in dad being diagnosed and treated before things could have got much more serious. Their informative website also helped keep my family up to speed with the processes involved with dad's treatment.

Now I want to give something back for the work they have done for dad and the rest of my family and continue to do for other families that are in a similar situation. 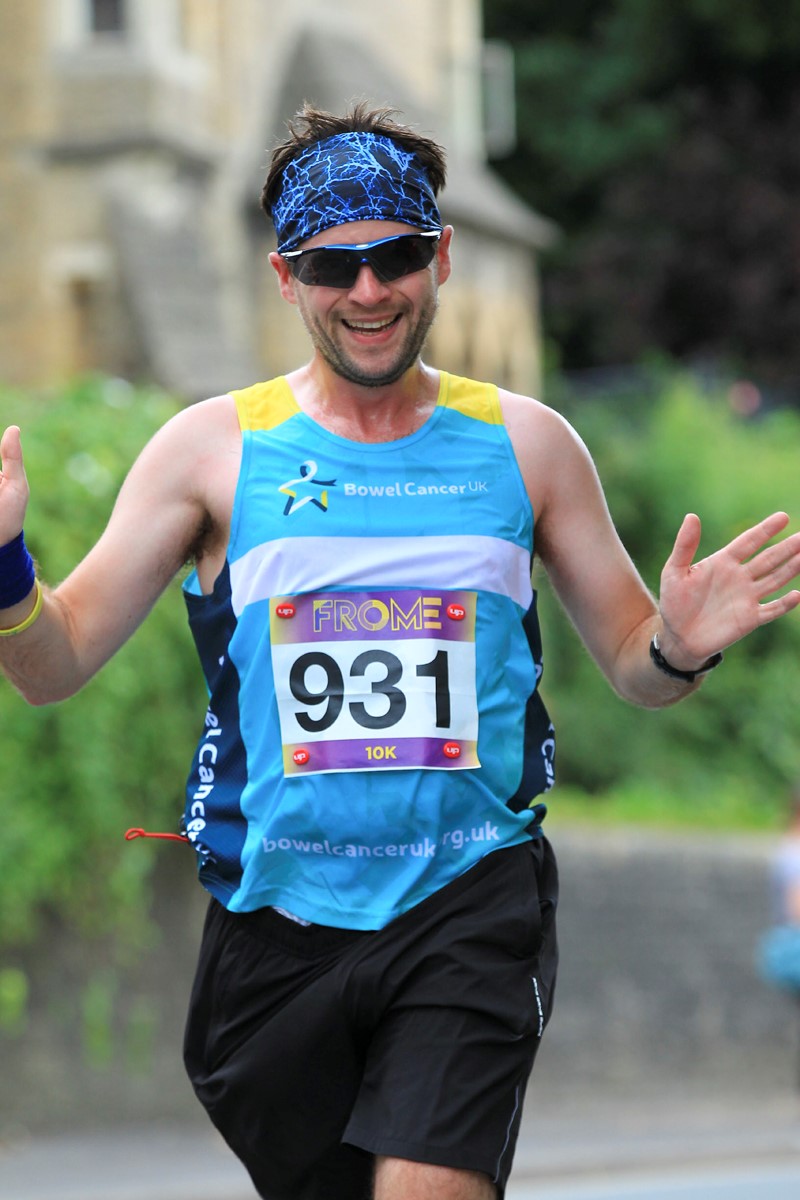