Why I volunteer for Bowel Cancer UK

Julie is one of our fantastic awareness talk volunteers. Here she explains more about why she volunteers and remembers her dear friend Sam.

I got a new job in the Civil Service in June 2021 and it was important for me to join an organisation that would allow me to continue my work as a volunteer for Bowel Cancer UK giving awareness talks. I was thrilled to find the Civil Service lives its corporate social responsibility promises and encourages staff to volunteer and gives them the time to do so.

April is Bowel Cancer Awareness Month, and it feels right to take this opportunity to tell you this and to let you know why this is so important to me.

In 1989, my dear nana died. At that time, we talked in whispers about stomach problems and cancer in her digestive system. I never thought to ask, but just two years ago, during a conversation about my volunteer work for Bowel Cancer UK, my mum confirmed that nana had had bowel cancer.

In the meantime, my Uncle Stuart, who happens to be the same age as me, had been diagnosed with bowel cancer in its early stages, had had a tumour removed, a stoma fitted and a year or so later, his bowel reconnected. So, while it was a real worry, he is now well passed the five year mark and is fine.

Not so for my beloved friend and colleague Sam. We worked together, very closely – close enough for me to lob stuff over the desk at him when he told a bad joke or was getting on my nerves, which he did, a lot. That said, I never had a brother, and he was the brother I would have wanted.

I assured him that it would be Irritable Bowel Syndrome (IBS) or piles and that he should try to get in to see his GP, after all, he was far too young at 33 for anything more sinister. Wasn’t he?

Towards the end of March, we had a conversation about his toilet habits. I don’t bat an eyelid about things like that – we’ve always been incredibly open in my family and tend to overshare. He was going more often, was more tired than usual and was in some discomfort. I assured him that it would be Irritable Bowel Syndrome (IBS) or piles and that he should try to get in to see his GP, after all, he was far too young at 33 for anything more sinister. Wasn’t he?

Like many people with bowel cancer, he was admitted to hospital on 1 April as an emergency, and we knew very soon after that he had stage 4 bowel cancer which had already spread to his liver. I’ll never forget the panic in his voice when he told me he had cancer, or my reply of ‘that’s**t’. We both laughed, but we were both scared.

He died at St Joseph’s just six weeks later. I saw him the day before.

During that short six weeks, Sam went into campaign mode. He contacted Bowel Cancer UK and did a short awareness video to draw attention to the symptoms (it was viewed over 100,000 times) and was part of their Never Too Young campaign; he had the then Chief Executive (of course!) come to his house and arranged for us to meet to start the relationship that would lead to an event in the Senedd about bowel cancer outcomes in Wales. The charity was a source of real comfort to him during that time. After his death, I remained in touch with Bowel Cancer UK in Wales which was just setting up and realised that I could help by training to give awareness talks as a volunteer.

And I’ve given a few in person, but the pandemic really opened the market for these as they are all now virtual. I did most of the talks in Wales last year – no one talk is the same – the scariest was the Rotary Club which had at least three retired doctors in the group. They kept me on my toes! Sam appears in each of my talks, his video covers the symptoms bit. I can sit through this now and stay composed but it really strikes a chord with every audience – and his family gave permission for its use.

I know how vital it is to not have to worry about salary and time for medical appointments at a time like this and I’m glad to find that the Civil Service takes great care of those staff that need that support.

I dealt with Sam’s death in service arrangements as a way of helping him (the ‘anything you need’ conversation had taken place) and shielding his beloved wife and his parents from having to deal with another task when they had so much to cope with.

It was the hardest thing I have ever done in the workplace.

If I can save one person from having to do that, or, better still, encourage one person to get their symptoms checked out, I am winning. 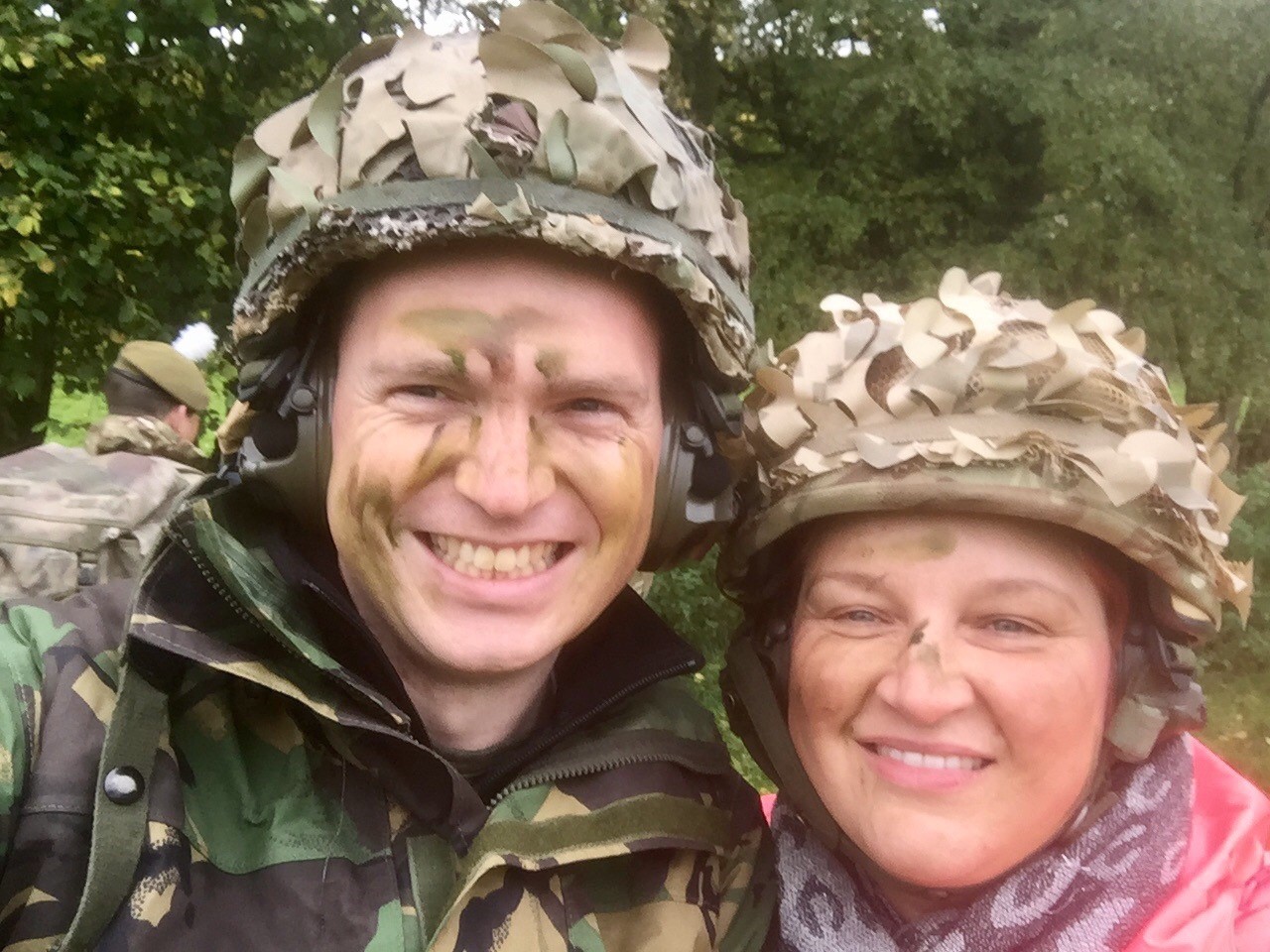