Beth Purvis, 40 from Hertfordshire, was diagnosed with advanced bowel cancer at 37 years old. She shares with us how she collaborated with us to launch a symptoms diary to help other young patients have a chance of an earlier diagnosis, when treatment has the best chance of working.

What do you do when you are diagnosed with stage 4 bowel cancer? I asked, why? Not why me, but:

Then I asked, what can I do to help prevent others ending up in my shoes?

Initially I was ready to campaign for colonoscopies for anyone exhibiting any kind of bowel symptoms, but when I thought about it a bit more I realised that wasn’t really practical. Lots of people have bowel related symptoms, but most of them don’t have bowel cancer.

It seemed to me that what was needed was something to help GPs decide when someone needed to be referred for further tests, including a colonoscopy if necessary.

I thought about my own experience going to the GP, they asked me lots of questions but did I answer them accurately?  Genuinely, I don’t know.  I was a busy young mum of two small children, studying for a law degree, and volunteering at the Citizen’s Advice Bureau.

How long had my symptoms been going on for? Three weeks, three months, more?  I’m really not sure. Did my GP ask all the right questions? I don’t know if she did, she had 10 minutes to work out what was going on and if my answers weren’t accurate maybe they didn’t lead her to the right questions.

This led me to think about:

Providing the GP with accurate information is a good starting point. So the idea of a symptoms diary was born, an accurate real time record of what a person is experiencing to give their GP a clear picture of what is happening with their body. A diary would have the added advantage that if a patient was feeling embarrassed or uncomfortable talking about their symptoms they could start by simply handing over a piece of paper, and avoid having to start that awkward conversation.

I had an idea but how to bring it to life? I now needed to make sure it not only provided a sensible format to record symptoms, but also provide guidance on what to record. I didn’t know where to start, that’s when I approached Bowel Cancer UK.

The charity were really excited by the idea and immediately offered their support and resources. Working with them meant the diary would go through a formal quality control and compliance process, and any medical guidance would be appropriate and accurate. Having the backing of the charity was also important to me as I felt it would be taken more seriously both by the general public and GPs.

After a year of working closely with the charity my little idea became a reality. We worked hard to get the word out there that it existed, and there was good media coverage. The medical profession got behind the diary in a way I could never have imagined, GPs were encouraged to share it with patients through their clinical commissioning groups, and the Royal College of GPs endorsed it.

My hope is that the symptoms diary will help other people get an earlier diagnosis than I did, while also raising awareness of the symptoms of bowel cancer.

Find out more about the symptoms diary. 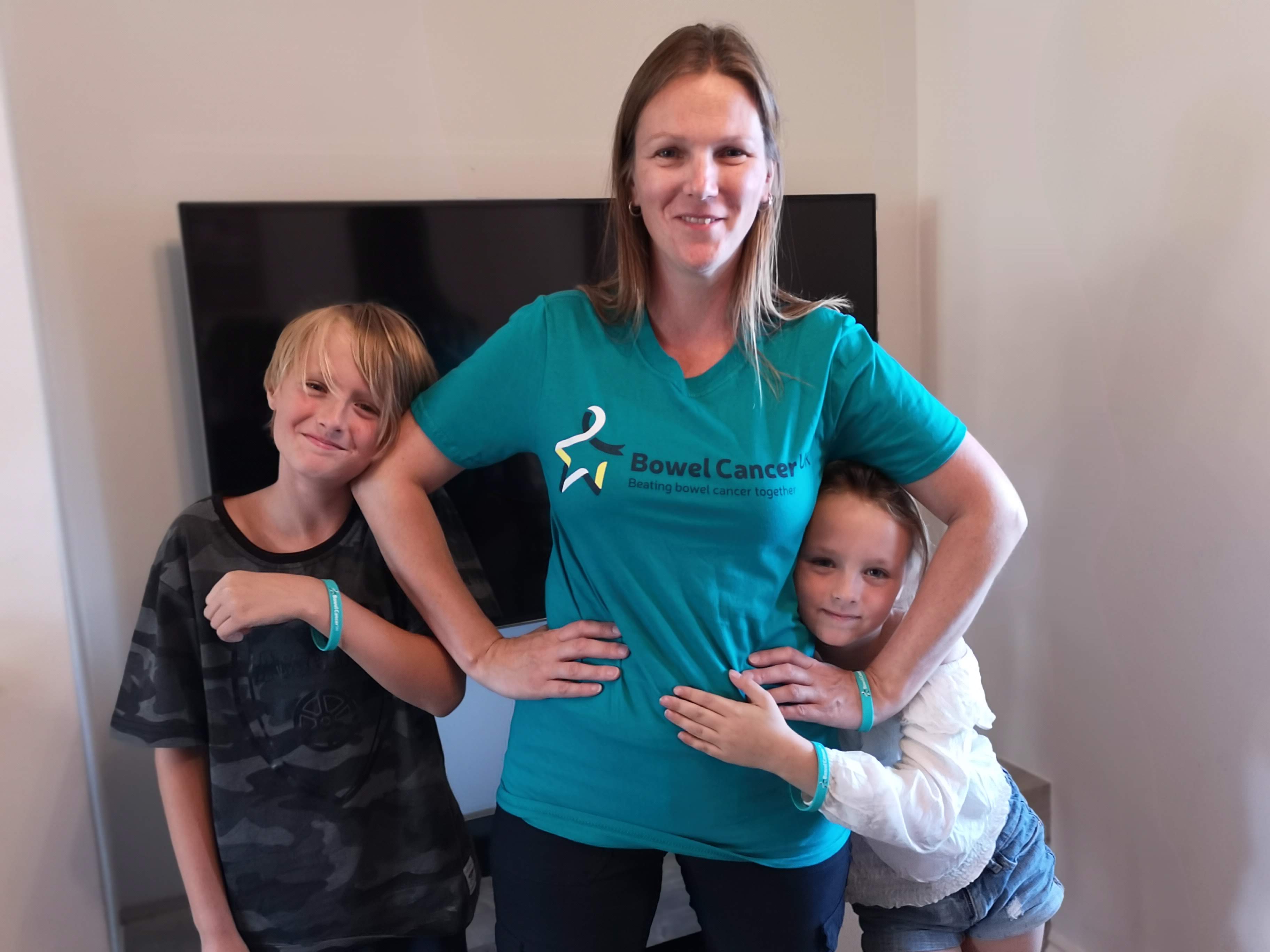 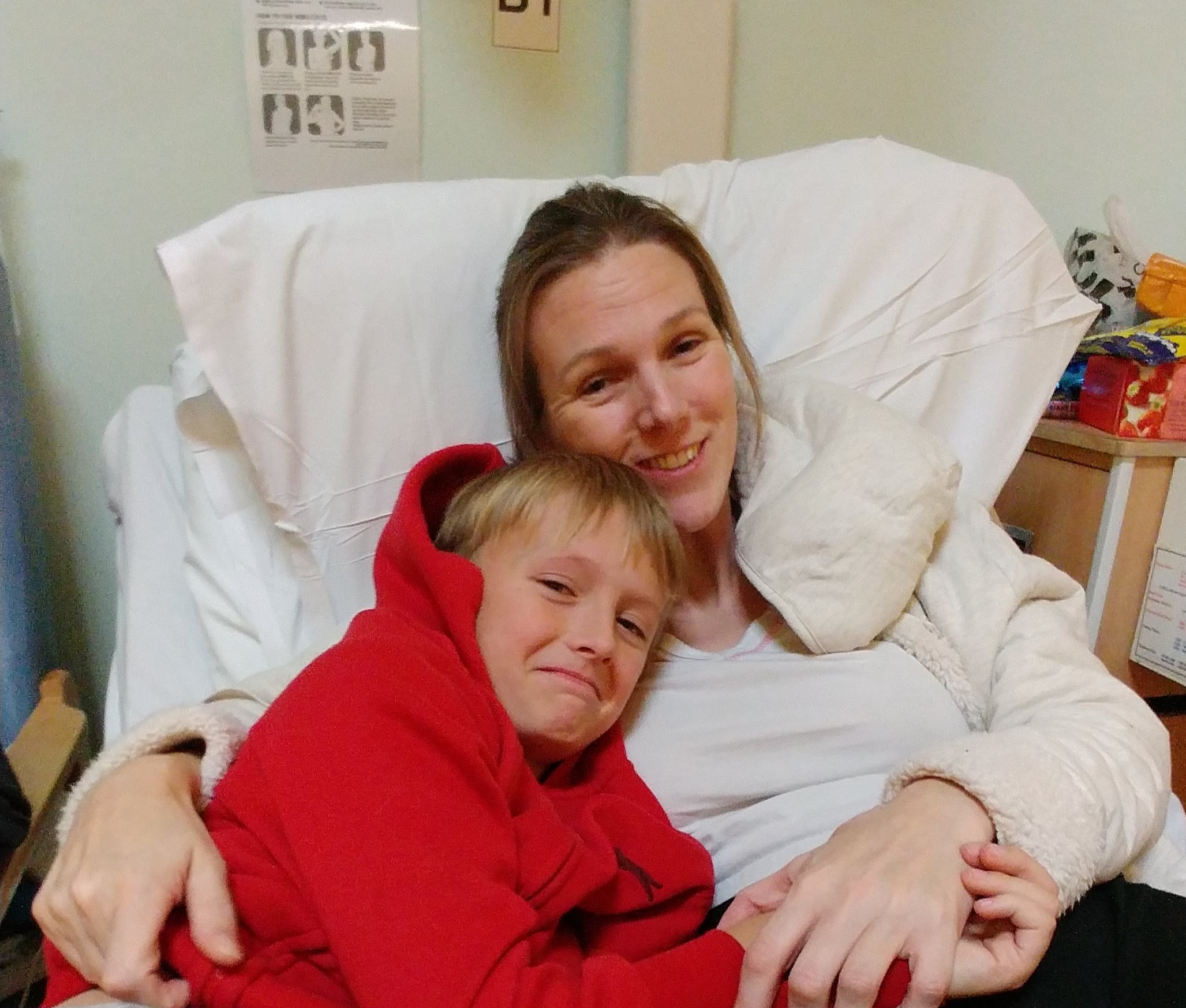 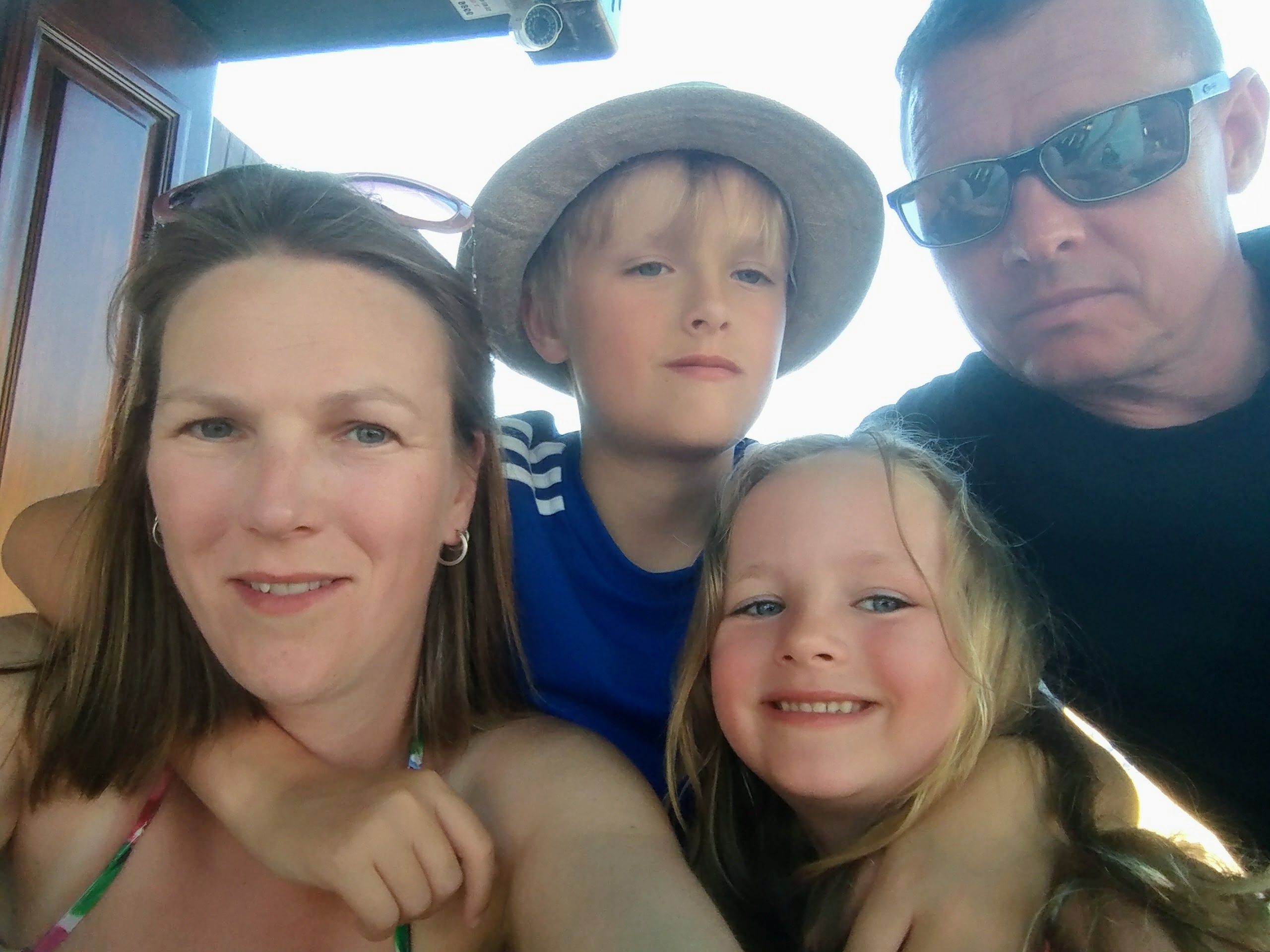 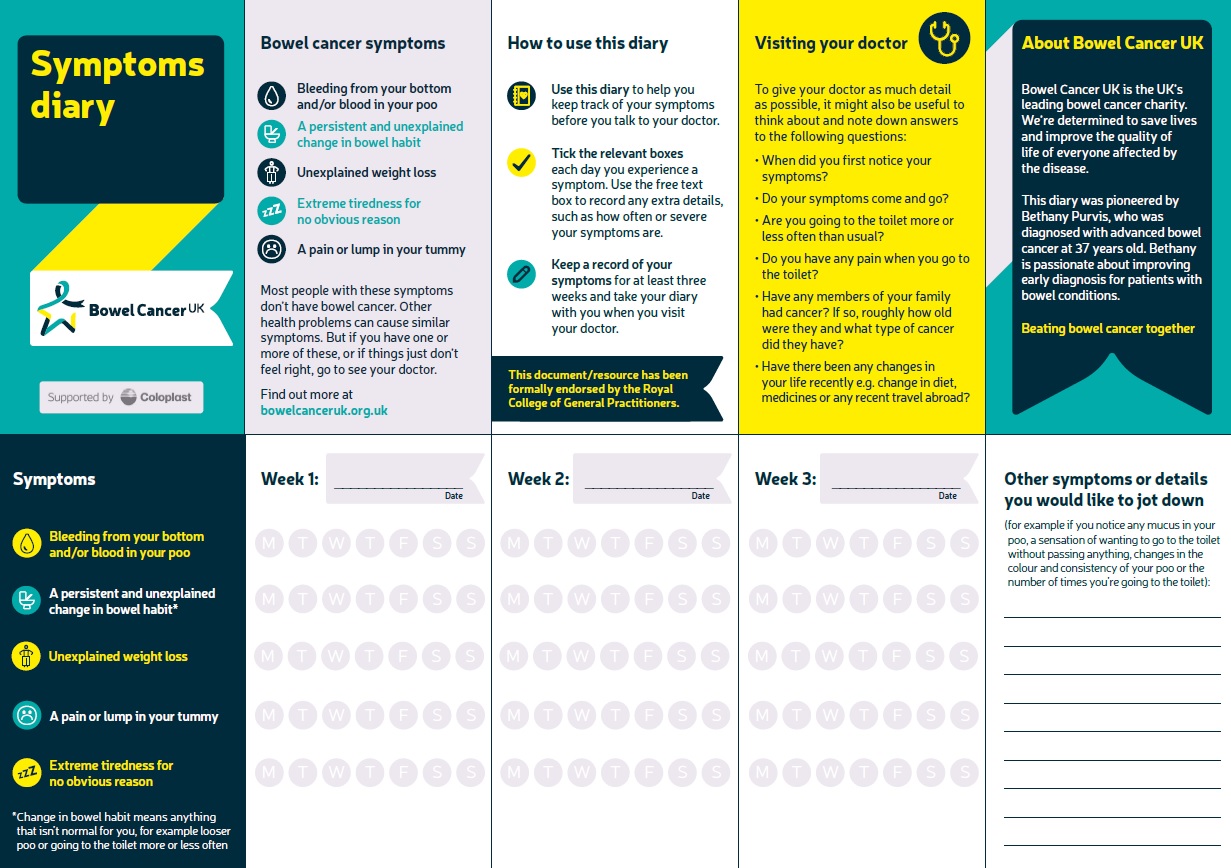