Why David grew a beard for Decembeard

David, 40 from Giffnock in Scotland, raised over £3,000 by simply growing a beard for the charity in December. He shares with us why supporting the charity is so important to him.

On the day of my wife's 38th birthday, 1 February 2017, I went for a colonoscopy. I'd noticed bleeding when I went to the toilet on and off for a few months. I wasn't too concerned, I was young and didn't have any other issues.

Immediately after the procedure, the consultant told me that whilst the samples would still need to be tested he was almost certain it was a cancerous tumour. Just under four years prior to this I had a melanoma removed from my head and whilst the two cancers were unrelated I knew from experience I had to just accept it and deal with it.

After review he decided that the best course of action was radiotherapy prior to surgery. I had radiotherapy for a few weeks, I would actually have it in my lunch hour and then come back into the office. Once the course was finished, I waited a number of weeks before surgery as the tumour continued to shrink.

In summer 2017, I had the tumour removed and due to the position of it I was fitted with a temporary stoma. Unfortunately whilst the tumour was all gone and 'in the bucket' the tests showed that a couple of lymph nodes were cancerous and my oncologist suggested 'mop up chemo' to reduce the chances of it coming back.

Though the temporary stoma was only due to be there for four months it couldn't be reversed until after the chemo had runs its course. Therefore it was March 2018 when I had this reversal. Again I decided to work through the chemo just to keep everything as normal as possible for my three wee ones. In fact to make light of it I got dressed up for my chemo visits to the hospital as anything from Mr Incredible to a Christmas elf!

In November 2018 I had my (sort of) one year post chemo scan which came back all clear. I know many aren't as lucky as me so wanted to do something positive.

I found out about Bowel Cancer UK's fundraiser Decembeard. For a now 40 year old man whose only previous attempt at facial hair was Movember this was a bit different. I dropped a note round to friends and colleagues through work to let them know what I was doing (and for those who didn't know the full background, the why).

I think almost everyone I spoke to donated and most liked my #checkurpoo! I'm lucky enough to deal with lots and lots of individuals and businesses that are involved in construction so really just got the message out there. The cause speaks for itself! 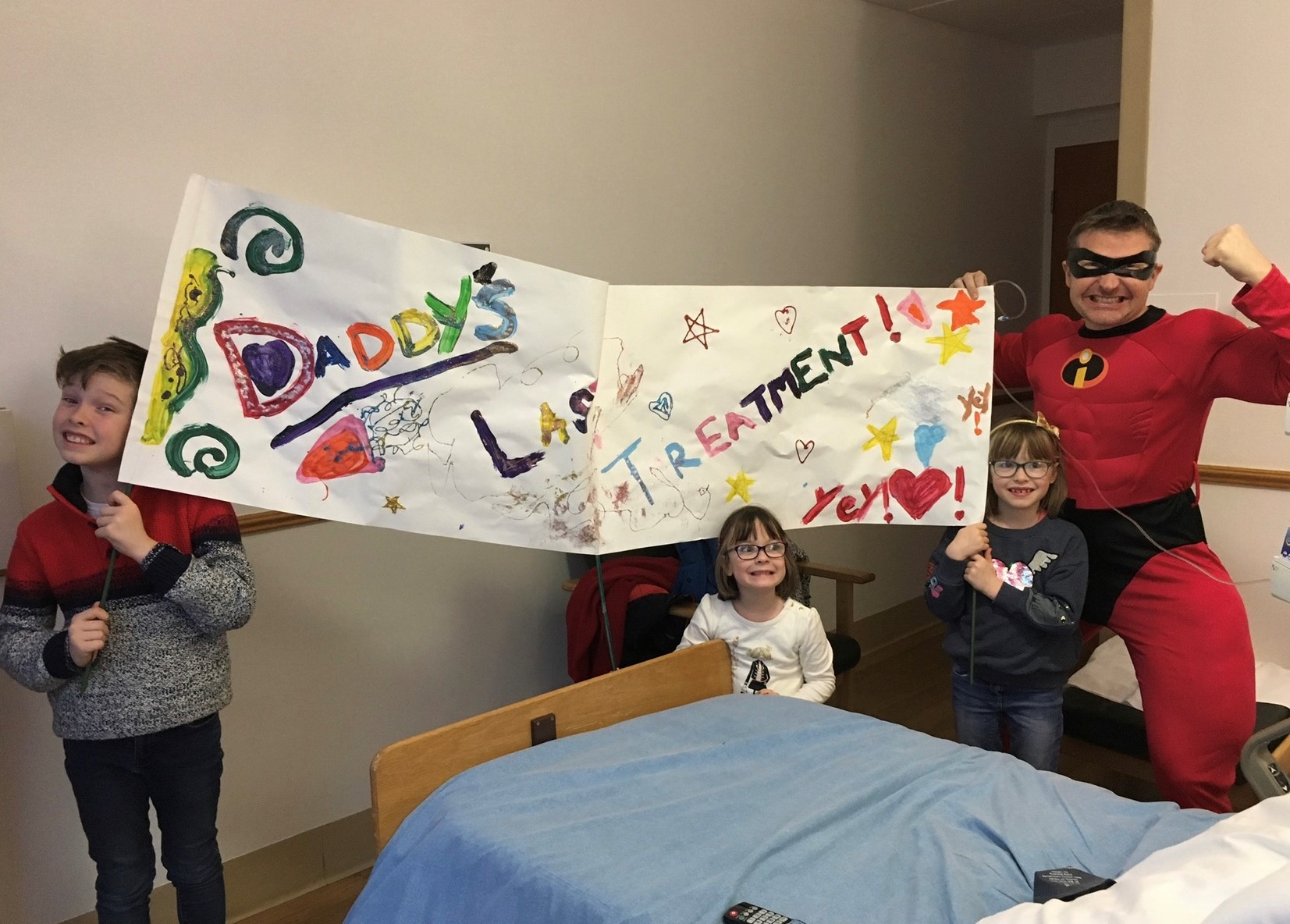