Daniel Jeffreys, 43 from Essex, lost his wife Caroline to bowel cancer in April 2019. Read his story to find out why they are at the heart of our brand new virtual fundraiser, Challenge 2020, to raise money to help stop people dying from the disease.

Daniel is encouraging the nation to run, jog or walk 16km to support the 16,000 people who die from the disease every year in the UK.

Caroline and I found each other at university in October 1996 and were together ever since. We were married in October 2007. On 31 March 2009 our first child, our beautiful daughter, was born. Our son, who was born on 3 July 2011, followed not long after.

The world was still very much ours for the taking. Fast forward to April fool’s day 2019 and Caroline passed away early morning, primarily due to the disintegration of her liver caused by metastatic bowel cancer. She was just 41 years old. Everything had changed.

I’m not sure exactly when Caroline’s back pain really started to become an issue, but around the summer of 2017 it began to become more than just the odd uncomfortable spasm. Caroline saw chiropractors, massage therapists, natural healers and physiotherapists. All pointed to a slipped disk in her lower back as the source of the pain. She had posture assessments at work and used heat and cold patches to manage the pain. Back pain ran in the family, so it was a relatively easy conclusion to make.

She also suffered from constipation. We saw the specialist at the local private hospital and were prescribed laxatives. Again this condition was not unheard of for Caroline, so we brushed it off as one of those things.

Caroline had a cortisone injection into the ‘slipped disk’ in early 2018. When the pain failed to subside, the chiropractor recommended that we look elsewhere for answers as he didn’t feel another injection would work and we were merely masking the pain rather than curing it. It was at that point a colonoscopy was suggested as a logical next step.

She had the colonoscopy in early April 2018 and we waited until the end of that month to get the results. This was the first time that I actually paid significant attention to the symptoms. I had a cursory glance through Google to find the reasons why someone may have a colonoscopy.

We sat in the car for 10 minutes or so trying to calm down, trying to find some crumb of perspective, trying to comprehend what had just transpired. Caroline cried intensely and made sounds I had never heard from her before.

Telling the kids was very difficult, but it was an important step. We told them that Mummy had cancer, but she was not going to die and she was going to have treatment. It wasn’t anyone’s fault, Daddy didn’t have cancer and that he’d be there to look after them if Mummy’s treatment made her feel unwell. They had nothing to worry about. They took the news as well as most 9 and 6 year olds would in the fact

that they were obviously concerned about Mummy but comforted that we said Mummy wouldn’t die. After all, as we explained, only people much older than Mummy died of cancer. In hindsight we should have left that particular attempt at comfort out.

Caroline had a year of treatment including surgery, and many rounds of chemotherapy trying different combinations of drugs. We looked at alternative treatments like cyberknife, chemo baths, immunotherapy and clinical trials but she wasn’t eligible.

She was suffering from Ascites towards the end (significant fluid build up in the abdomen). We had a drain fitted in the local hospital but another was needed within 10 days. It was at this point we were told by a consultant that Caroline’s liver was essentially imploding and that in all likelihood she had two to three days to live, but possibly up to two weeks. The consultant completed a ‘Do Not Resuscitate’ form and gave it to me with a few other documents that I paid little to no attention to.

We now knew that the end was close, so we told Caroline’s parents and the two kids that Mummy was going to die soon and that it was just a matter of when. Nothing prepares you for how heart-wrenchingly difficult those conversations are, or how you yourself process the information. I hadn’t really cried throughout this process except for when Caroline was first diagnosed, but I cried now. There were short, sharp bouts of crying rather than long, elongated sobbing. It was enough at the time to keep me sane.

Our daughter's 10th birthday arrived on 31 March 2019. Caroline was still with us in body, but her mind had long since departed. She stayed in our master bedroom, in bed for the whole day, but was able to muster the strength to go through the happy birthday rituals and to talk about the day Eva and I had together before the kids’ bedtime. I like to believe that Caroline, even if subconsciously, was waiting for that day to pass to ensure that the memory of her mother dying wouldn’t be on my daughter’s birthday. By 6am the next morning, we had come to the end of our rainbow and Caroline passed away, peacefully, in our bed.

Caroline had passed away less than a year after her diagnosis. The cancer had taken her body, but it could never take her pride, her gifts to this world or her beautiful soul.

Challenge 2020 is a virtual fundraiser meaning you can take part wherever you like, whenever you like, at your own pace. You can choose to take on the 16km, 42km or 268km challenge at whatever pace suits you, in your own time, with anyone. Run, jog or walk the distance in a day, a week or a month from today to 30 April 2020. 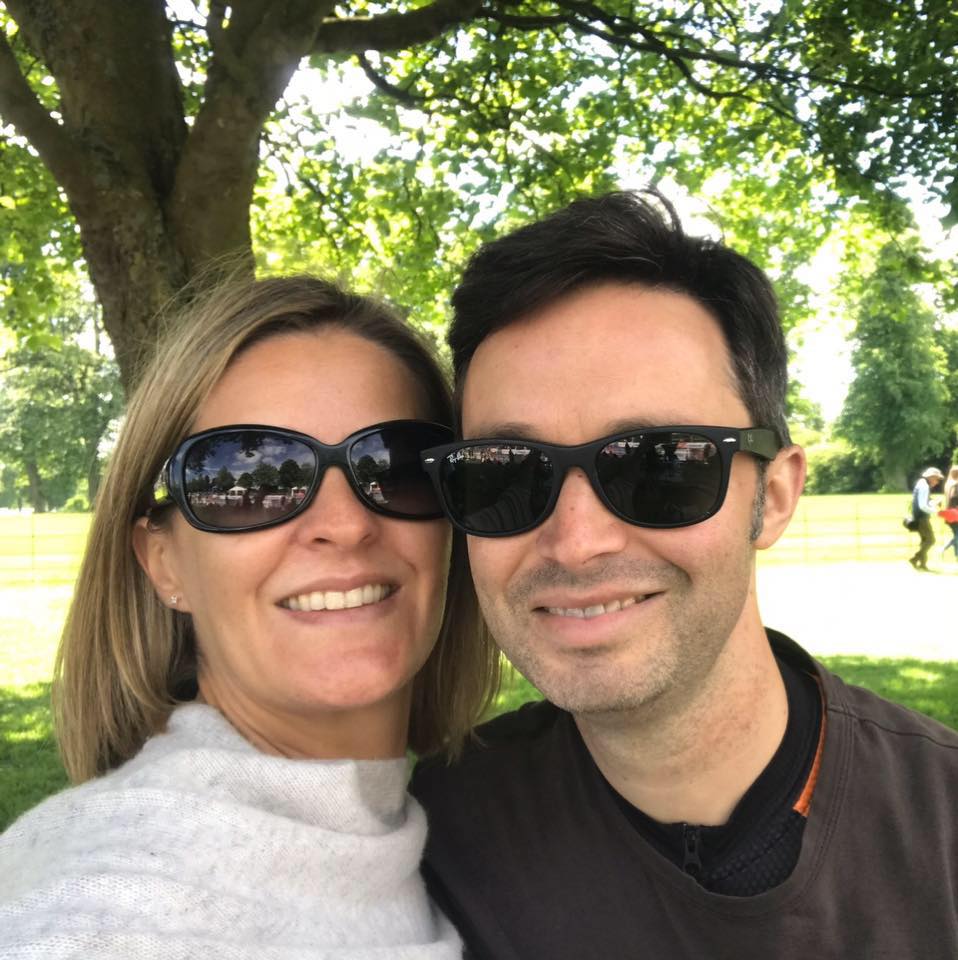 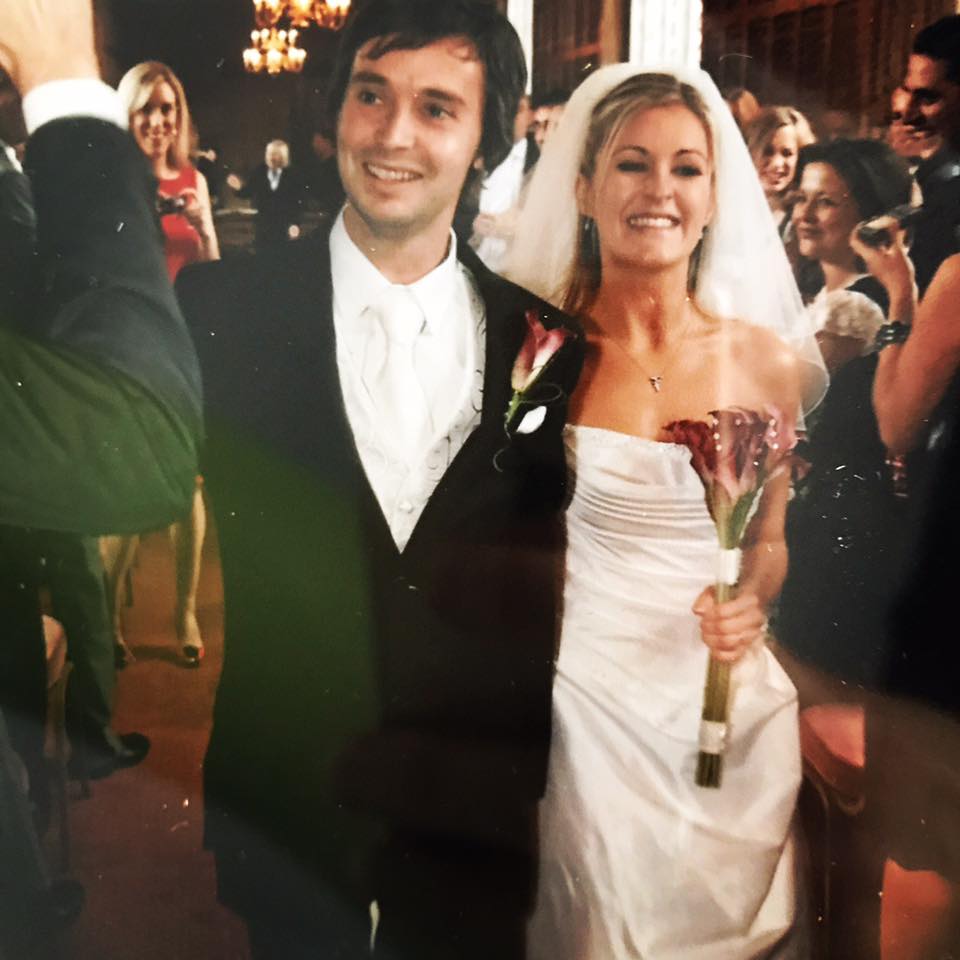 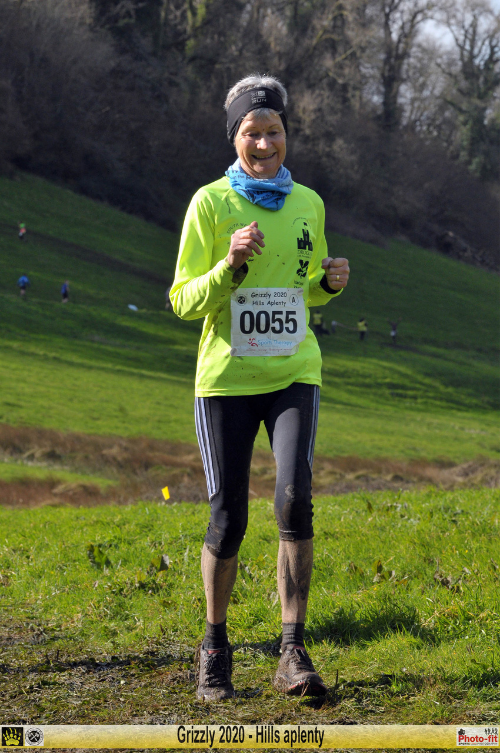