Why an annual football match turned my life around

Early 2019, I wanted to change my life as I was a borderline alcoholic and had been for nearly five years. My life got out of control as I was becoming consistently dependent on alcohol. What started with four cans one night after work, ended up with me spending my entire Sunday with wine and beer blocking out the real world. Unfortunately, this was impacting heavily on my marriage and my role as a parent.

In August 2017, my dad passed away at the age of 56 from lung cancer, which had spread to his brain rapidly. Unfortunately drink again, was a coping mechanism after this sudden and very surprising loss. Three months later, my dad’s sister received the devastating news that her husband was terminally ill with bowel cancer. Unfortunately, he also passed away in July 2018.

Christmas 2018 was the point I decided enough was enough. My marriage was over because I was no use to my family, so I decided this year would be different. I disappeared from everyone and started rebuilding my life on my own, also with the help of counselling sessions. On 3 January 2019 weighing in at 19 stone nine pounds, I contacted Brymbo boxing club and told the trainer I wanted to fight later that year for charity. I think he thought I was living on a cloud when he first saw me.

From what started as two nights a week exercise, soon it was every night and even accompanied by a 5k run during my lunch hour, and the results started to show.

I first encountered Bowel Cancer UK at a well-being day in Wrexham. I was put in contact with Micheal Locke and it’s here I decided I would donate to the charity when I took part in the fight.

It was soon March and in this time I had lost five stone and not drank in the house since Christmas (what a difference it made), however my family hadn’t seen me either so as you can image it was some shock when I returned home.

Unfortunately I’ve damaged my shoulder and awaiting treatment or surgery on my shoulder so boxing is on hold for the moment, however I still run and train most days. So I decided to hold an event at work for the charity.

As a gas engineer, I followed my dad’s footsteps and became a gas inspector for Wrexham Council. I decided to organise an annual charity football match, tradesmen vs office staff, and raffle in memory of him. I named it the Steve Rowley Challenge Cup.

We raised £1,125 and the tradesmen won on penalties after the game ending 3-3. I honestly couldn’t thank people who helped and donated enough.

Next year I will be organising the event again, this time on a bigger scale. As well as the football match, it’ll be a fun day with stalls and different events on. Again all money will be donated to Bowel Cancer UK. 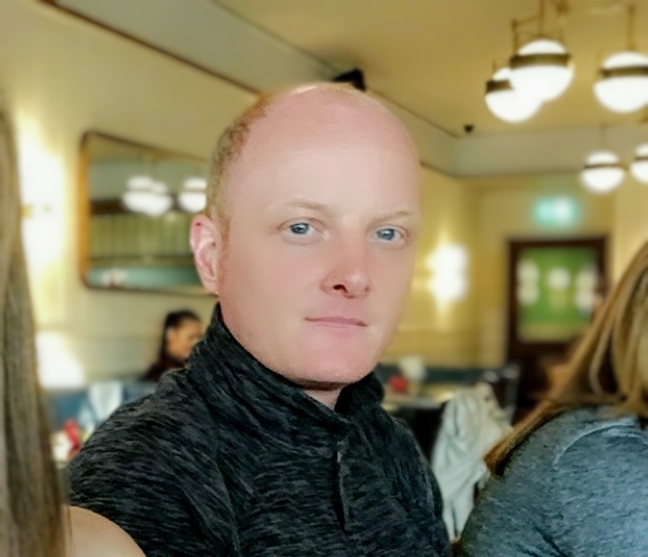 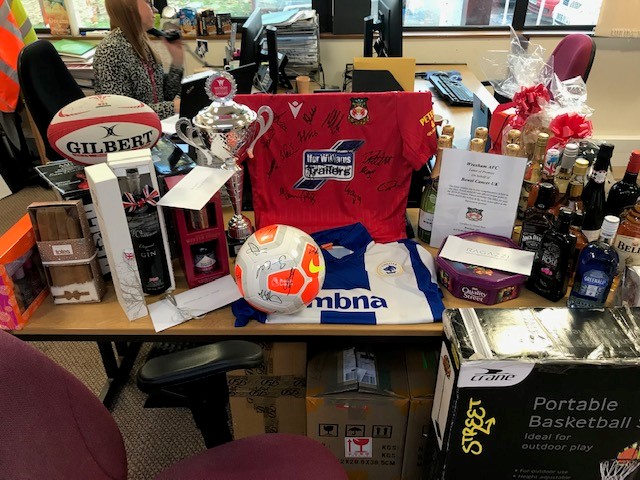 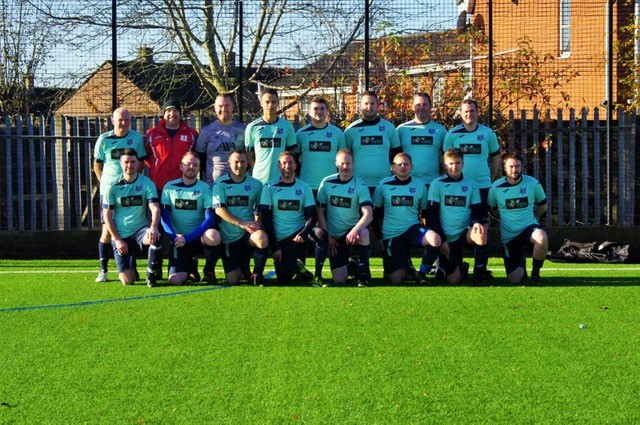