Tom Baker is walking 158 miles from London to Nottingham to raise money for a close friend – Dave Baxter who has been diagnosed with bowel cancer.

2020 started brilliantly for Dave and Vicky with the birth of their second daughter Riley in May 2020. Both kids have been enjoying lockdown life with both Dave, an Electrical Engineer, and Vicky, a full time working mum, at home a lot more than usual. However, in September 2020 bad news hit the Baxter family as Dave was diagnosed with stage 3 bowel cancer and immediately had his entire large intestine removed.

After tests he was diagnosed with Lynch syndrome meaning there is an increased risk from many more types of cancer and a 50/50 chance that this will affect his young children in later life.

I will walk 158 miles over the course of ten days in June 2021 from my home in Tooting Broadway, South London, passing through mine and Vicky's hometown of Bedford and ending at the Baxter residence in Nuthall, Nottingham.

I'm aiming to raise £17,400 for further blood tests and a potential course of immunotherapy – neither of which are covered by the NHS due to Dave’s age and cancer type. If treatment is not needed then the money will be donated to Bowel Cancer UK's Never Too Young project group, which aims to raise awareness of bowel cancer in people under 50.

Dave's sister Katharine Molloy tragically died in 2018 from ovarian cancer leaving behind her husband and two young children. Bowel Cancer UK's Never Too Young project group has been chosen as Dave is a firm believer that losing Katharine caused him to go and get checked in the first place.

Find out more about Tom's walk, Dave's progress and to donate on our GoFundMe page. Keep up to date on Tom's walk with the hashtag #158milesforDave 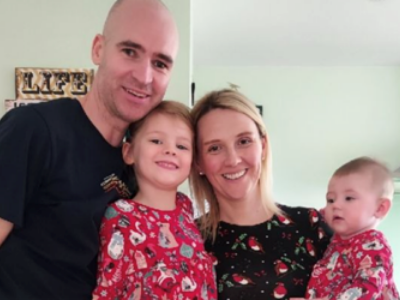 Dave and his family 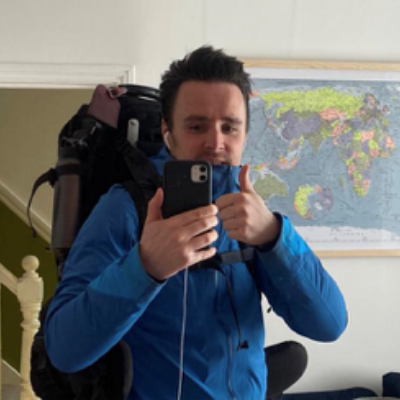 Tom in training for his walk