Chris Buntrock lost his mum to bowel cancer in 2019. He, and over 100 others are taking part in a 10 bridge challenge in a bid to raise money in her memory.

It was Christmas 2018 when my mum Lynwen started to feel aches and pains in her stomach. She’d been working as a nurse for 30 years and was retired. She was a fit, healthy woman of 58 and hadn’t suffered any health problems in the past. She even made myself and the rest of the family feel as if there was nothing to worry about as she had no cause for concern.

Mum was expecting to be diagnosed for gallstones when she went for a routine check-up. However, a scan revealed something much more serious – bowel cancer.

In January 2019 mum underwent a grueling, seven hour operation to take out a particularly large and aggressive tumour. Although the surgeons removed what they could, there was evidence of cancer in the lymph nodes situated close to her aorta and these were left undisturbed.

Given the spread, the cancer was graded at stage 4. To make matters worse, she was found to have a rare mutated BRAF gene. Statistically, people with BRAF-mutated bowel cancers that have spread have a much lower chance of survival.

When a patient is diagnosed with a BRAF-mutation, it makes their cancer much more difficult to treat with chemotherapy. They are often left trying to access new medicines through clinical trials, and successful outcomes are all on a best effort’s basis.

Chemotherapy was recommended as an option, but the chances of it being effective in my mum’s case were slim. Unfortunately, after only six cycles of Folfoxiri it was clear it wasn’t going to work (as the statistics had shown).

The cancer continued to spread to other organ’s in my mum’s body. She was due to access untried and unlicensed medicines from the USA on compassionate grounds, sadly, she never got the chance to start the drug trials.

Following her diagnosis in January 2019 she passed away just eight months later, on the 19th of August surrounded by her loved ones at St. Francis Hospice. She was 59.

Mum was always in the habit of helping others, it was her passion. She qualified as a nurse at the age of 20, worked in various nursing roles and has remained dedicated to helping other people throughout her life. Even in retirement she found herself as president of the local cancer charity and did much good work to help people in the local community. In 2019 we learned that the nursing service that she helped to establish in Alicante, Spain is to be renamed as “Lynwen’s Nurses” in recognition of her work.

Not only was she a dedicated nurse, a faithful friend and a devoted wife and mum, she was very soon to become a grandmother, a role she was so looking forward to.

My mum is much loved by her husband Mark and her four children (Leah, Emma, Megan and myself Chris). She will always remain in our hearts and will never be forgotten. In April 2020 Mum would have turned 60. In her absence, we can think of no better way to mark the occasion of her birthday than by walking in her footsteps, carrying on her legacy and doing some good to help others.

Unfortunately, due to the COVID-19 virus we are having to suspend our charity event/ birthday celebration until the 25 September 2021 – however please feel free to click the link, donate, or join us in our “Leg it for Lynwen” charitable walk by completing a 10 Bridge Challenge across London in a bid to raise money for two charities close to our hearts; St Francis Hospice and Bowel Cancer UK.

More details can be found on our JustGiving page here:  https://www.justgiving.com/crowdfunding/leg-it-forlynwen 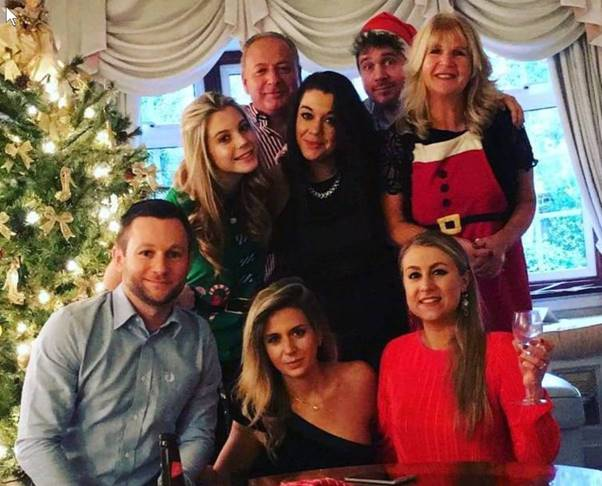 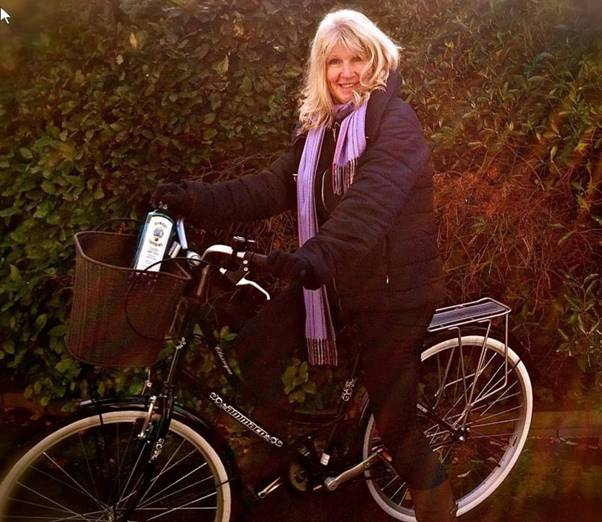 Chris' mum Lynwen, who sadly died of bowel cancer in 2019.