Supporting my husband through treatment by making tea and cakes – no brainer!

Deborah’s husband was diagnosed with stage 4 bowel cancer in January 2019. When she came across Brew Together, she immediately knew that she wanted to get involved.

My husband, Chris, was diagnosed with stage four bowel cancer at the beginning of 2019 – 23 January to be precise. A date that will be eternally etched in my memory.

Our lives changed forever when we received the news, which was completely out of the blue. Chris was only 53 at the time of his diagnosis and was generally fit and well. He’d had none of the traditional symptoms and had only gone to his doctor as he’d found a lump in his side – oddly enough, I never ever thought that the diagnosis would be cancer either!

He received the diagnosis that the cancer had spread to his liver and was inoperable. He was told he would have palliative chemotherapy treatment and was given a time frame of eight months if the treatment didn’t work or up to three years if it did.

Once treatment started, we found our ‘new normal’ – chemo lasting for three days every other week. Travel has always been important to us and we have still been able to travel, albeit we have to really consider the destinations we go to now and make sure that we have full insurance and only travel to countries that have decent medical facilities. We managed to do our first long haul since the diagnosis in December and went to Mauritius for some lovely winter sunshine.

When Chris was diagnosed, after our initial shock, telling family and close friends was very difficult.  As we met up with friends it became harder and harder to keep giving people the news so I decided to write a post on Facebook, along with a fundraiser for Bowel Cancer UK.

It was very easy to set-up and my generous friends and family raised over £550. This was the start of my fundraising!

I’ve always been a proactive person and so trying to raise much needed funds to increase awareness and fund new drugs and treatments just seemed the right thing to do. I saw the campaign for Brew Together and knew immediately that I wanted to get involved – after all, having a cup of tea and cakes while catching up with friends, whilst raising vital funds was a no-brainer!

I applied for a fundraising pack and when it arrived it contained some useful tips along with balloons, cake toppers and a donation box. I received emails from the team offering help and support for the event which was also very useful.

I decided to hold two events – a small lunchtime event for a few friends who couldn’t make the main event which I used as a trial run, along with the ‘main event’ one Saturday afternoon.

I was overwhelmed with the generosity of friends offering to bake cakes for the event which I took them up on as it meant less for me to do.

Chris (who loves to cook) had also attended a cookery course on pastries the week before so was able to put his new skills to good use. Due to holding the event at home we weren’t able to accommodate everyone who wanted to join us. I am planning on holding the event again and will be inviting a different group of people. Last year we managed to raise over £635 so that will be my target to beat for this year! 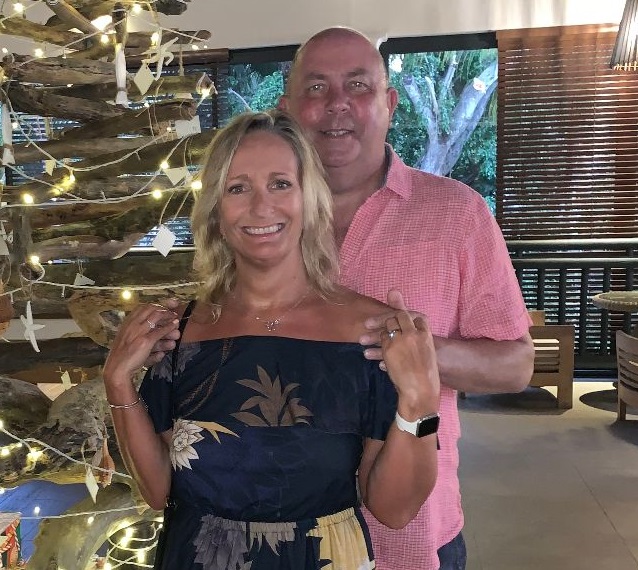 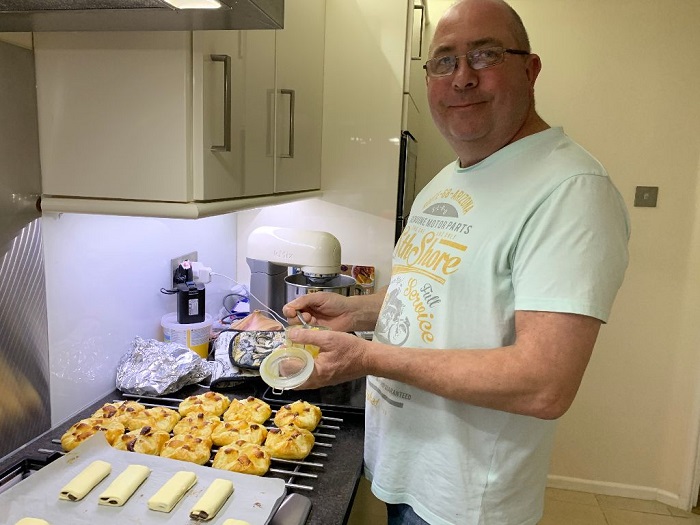