Shaving off my hair for Grandad

Ella Hodgson, 21, shaved off her hair in memory of her beloved grandad who died of bowel cancer in 2016.

I was told recently that my grandad was always mindful when it comes to me and his cancer diagnosis. He didn't want me to see him in pain and suffering.

I was 16 when I found out that he had been battling this for a while and because of school and A-levels I was not told sooner. I had just started working and wasn't really kept in the loop with what was going on. Maybe because I was too young to understand. The most important thing for my family was to keep fighting and for him to keep going for as long as possible.

My grandad wasn't a big talker, and we never realised how bad things got until the end. That for my mum was the biggest regret as she wished she had asked. I remember going into hospital to visit him. He'd lost half his weight and looked so frail but this still didn't change him, even in his worst moments he was still finding ways to make me laugh.

I always remember him falling asleep in his armchair, even more so during treatment. One time when I helped him downstairs to the toilet holding his oxygen tank and thinking then how much he struggled and heavily relied on this piece of equipment. But I'll also never forget the good memories we had with him. Seeing Carmen at the London Coliseum where he had once worked and going to Brighton where he had his first pint in years and conquered the big hill. How we were all so proud of him and by looking at him you would never have guessed he had bowel cancer.

I personally struggled towards the end when my grandad suddenly stopped talking. I still don't know why or how it happened, just that my mum told me to talk to him but I couldn't bring myself to as I knew he wouldn't be able to reply and that hurt me more than anything.

On that Wednesday, I can't remember what made me visit, but I went to the hospital after school to see him. It's only been recently that I realised when my dad took my stuff, he told me grandad had gone. I went into the room, and he had held on until I was there, and then he went. I didn't feel as sad as I thought I would because I knew everyone else was devastated, and I wanted to be the one who was brave.

The way I've always coped even then was that when we all left, he got up and went back to the Coliseum, the job he loved. When my mum visited him at the funeral directors, she advised me not to because it wasn't him, his glasses didn't fit his face right. I just said that's because it isn't grandad, he's at the Coliseum.

Even now at 21, five years on, I find it hard to tell my story or experience of what happened. I'm not angry or upset that I wasn't told because I know I was protected, and I know that's what grandad wanted.

After school, I went straight into employment, university and college were not an option for me. I've been looking at my life and thinking I want to do something that in years to come I can look back and feel proud that I did something amazing. That's when I decided to shave my hair off for Bowel Cancer UK and My Shining Star, a local children's cancer support charity heavily inspired by my grandad who was affected by this disease. We have been donating to these charities for years and I wanted to do my part and safe to say it's been the best experience and decision of my life.

So far I've raised over £1,500. If you'd like to help me reach my fundraising goal, please visit my GoFundMe page here. 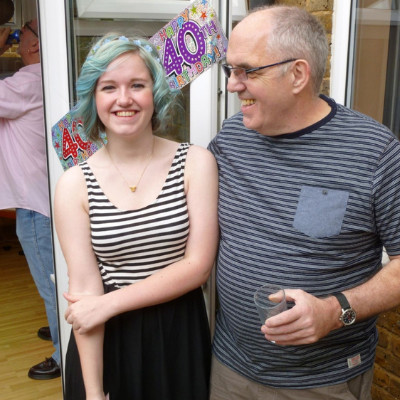 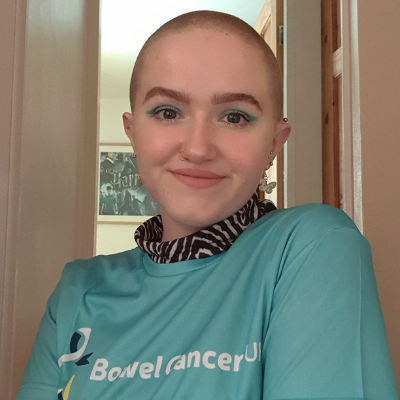