Running the Nakasendo Way in Japan

Richard Bailey, 49, from Wiltshire, is running the 352 miles of Nakasendo Way from Tokyo to Kyoto, to mark 25 years since his bowel surgery.

In my early twenties I went to the GP as I was experiencing acid reflux, but all the normal medication they prescribed wasn't working. Eventually I was referred to a specialist for a 'top and tail' endoscopy. It was during the colonoscopy that they discovered my large bowel was full of polyps, and I was diagnosed with familial adenomatous polyposis (FAP).

This was a complete shock to me, as no one else in my family has this rare gene, nor have any of them been diagnosed with bowel cancer. Within a few weeks (January 1996), I had my large bowel removed and it took around two to three months for me to fully recover from the operation. Fortunately, I didn't need a stoma bag, as my small intestine is connected to my rectum – although this does mean that I visit the toilet far more frequently.

My son, who is 23, has been tested for the gene and fortunately he doesn't have it, I also have a two-year-old daughter and when she's older, she'll be tested too.

Fast forward to 2016, and I was watching a programme on the Nakasendo Way – it's one of Japan's ancient highways, the Nakasendo, which literally means 'the road through the mountains'. It starts in Kyoto, one of country's ancient capitals, before following some of the best parts of the old road through rural countryside deep into the mountains of Japan's Central Alp, and finally finishing in Tokyo.

Much of the trail is now gone but you can join a walking tour to walk some of the existing trail – but I'm a keen runner, so I set myself a challenge of running the 336-mile Nakasendo Way. Once I had joined up the missing parts my route plan is now 352 miles. I will start the run on my 50th birthday on 3 April 2022. I wanted to prove to myself that I could do it, thinking if I put my mind to it, I can do anything. I have given myself 10 consecutive days to complete it, and I'm planning on running an average of 35 miles a day, depending on the hills! The total elevation for this run is 6,813m.

Around 11 years ago, my son challenged me to run the Swindon half marathon, and since then I've caught the running bug. I've run several marathons and ultra-marathons, but it's nothing compared to the Nakasendo Way. It's very much out of my comfort zone.

I'm running it solo, and I'm planning to stay in the little villages along the trail. My training hasn't really started in earnest yet, however this year I'll be running a few marathons and ultra-marathons to help me build my stamina. The training will ramp up later this year, when I plan to run for 35 miles for three days straight – that's my aim. If I can do that, I think I can do it for 10 days with rest and refueling. Food may be an issue in Japan as it's mostly very low calorie, I will just have to eat everything I can get my hands on! Let's not even mention the language barrier of rural Japan.

I've set myself a target of raising at least £2,000 for Bowel Cancer UK.

Feeling inspired? Take on a challenge of a life time and raise money to help stop people dying of bowel cancer. 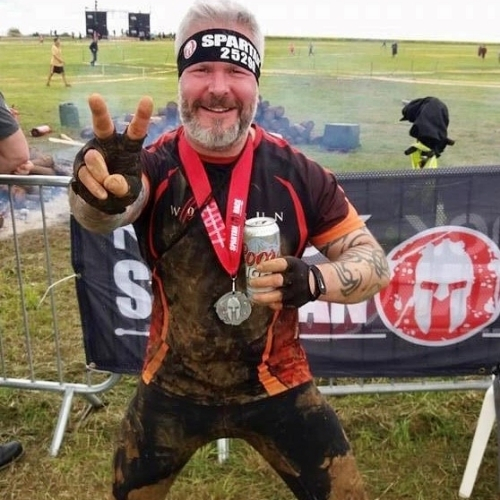