Anisha Patel was diagnosed with stage 3 bowel cancer in September 2018, aged 39. Anisha, a GP herself, underwent treatment and is now fully recovered. She's running the London Marathon for us in October.

I have the privilege of being nearly three years clear of cancer and to mark this moment, I've teamed up with my A team –  my biggest supporters and closest of friends, Susie and Miranda – to run the London Marathon on 3 October in aid of Bowel Cancer UK.

I've worked hard to become physically fit again after cancer but the truth is I have struggled with injuries for six years –  ankle ligament tears following running, two ankle operations including ligament reconstruction, sciatica and nerve root blocks to try alleviate this after cancer, and hypermobility, which means I'm prone to injury and fatigue easily. My balance is affected by this too, as well as from the neuropathy post-oxaliplatin chemotherapy and following ankle operations.

However, I'm determined to take on the London Marathon because I've crawled, walked, jogged and run through a much bigger marathon than this during cancer and its treatment, and importantly, because it raises money which will help people like me who find themselves with bowel cancer.

I have what's known as anterior resection syndrome, or LARS – a combination of bowel symptoms following surgery to remove all or part of the rectum. This adds another dimension to training for a marathon. Runner's diarrhoea is more of a problem and energy gels/supplements are often not great for post-bowel surgery guts, but through trial and error during training, I've worked out the correct nutrition and refuelling regime to hopefully keep me going through the big day. I've definitely increased my protein intake to help with muscle recovery and strength (between 1-1.6g per kilo body weight). Carb loading is key the night before although my gut didn't always like that!

I've tried to follow a training schedule which I've come up with, with my physio. This is what was proposed per week.

Some weeks I manage this. Other weeks, due to injury I couldn't fulfil it all but it is so important to cross train (I used swimming as low impact) and strength train.

I'm not going for a specific time in the Marathon. It will be a privilege just to finish this. So I'd say I'm a completer, not a competer.

We will be asking our dear friends, family, work friends and colleagues to kindly donate but we will also be holding a charity fundraising event. A ticketed event which will constitute a big party with a DJ, magician, raffle and dancing! As there is nothing more that I love than dancing the night away with friends and family. Hopefully celebrating our completion of the London Marathon.

We're supporting Bowel Cancer UK because it's so important in creating change, researching new treatments for bowel cancer and supporting patients and their families through the storm of cancer and its aftermath. 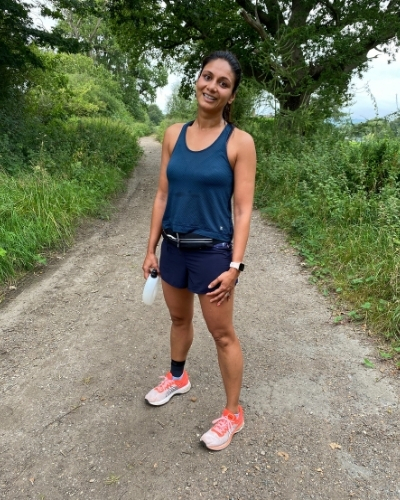 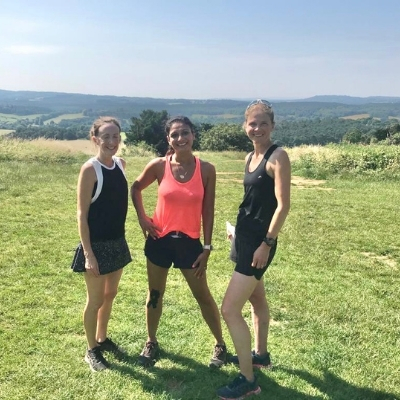