Running 5km a day, every day in memory of DC Alex Protts

Detective Constable (DC) Alex Protts was just 38 when she passed away from bowel cancer in January 2021. Her colleague of 20 years, Stuart Budgen, shares with us his fundraising challenge in memory of his dear friend.

I first met Alex at Surrey Police in 2001, where we were both working as police staff. Later, Alex moved on to head up the Diversity and Inclusion Unit at the National Policing Improvement Agency (now the College of Policing), based in Bramshill, Hampshire, where she recruited me as an analyst in her team.

She was an absolute dream to work with, very balanced and was well regarded across the police service both nationally and with other organisations she worked with. She dedicated her life to policing. Her real dream though, was to become a detective and so she went back to Surrey Police to be a DC. She was diagnosed with bowel cancer in 2018 and even whilst she was having treatment, she was cracking land-breaking cases and received numerous accolades and awards for her work on a particular case.

Alex and I have been friends for years, she actually introduced me to my now wife and we've been married for 11 years. Alex even did my wife's make up on our wedding day – she was a dear friend.

I signed up for Step up for 30 and my plan is to run 5km, every day during April. Before now, I had never run on consecutive days. I started running a couple of years ago, to lose a bit of weight and get fit. I was a bit chubby but now I love it and I'm still a little chubby. I find it clears my head – working in this environment can be tough, but if I go for a run, I find it really helps me cope with things better. I've already had a few colleagues from Surrey Police and the College of Policing already to join me on some of my planned runs (socially distanced), some finishing at the sites that Alex worked at, but most in and around Farnborough, where she lived.

I remember my first run at Bramshill. Alex was there and she thought it was comical, but she did encourage me to do it. I've been training over the last couple of weeks and on one run, the weather was terrible, and I took a heavy fall into thick mud (the resulting pictures are on my Just Giving page, if you fancy a laugh). I hobbled back home and as soon as I walked through the front door, the sun came out. Alex would've thought that was hilarious. If she is watching, that would have made her day.

I miss Prottsie dearly and I'm proud to be doing this in her honour.

Feeling inspired? Sign up to Step up for 30. It's really simple, just get active each day throughout April and ask your friends, family and colleagues to sponsor you. 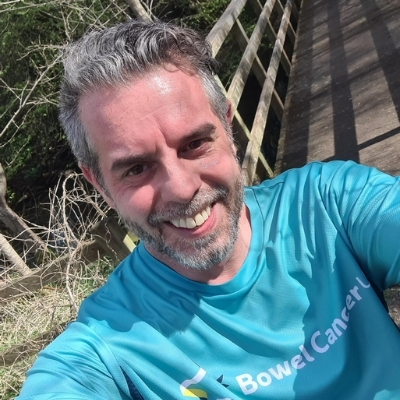