"I was eventually diagnosed with bowel cancer last October. Treatment was delayed due to other health problems, probably side effects of the cancer. I was admitted as an emergency in January 2017 to have my bowel surgery by which time I had lost 30kgs in weight.

"My cancer has spread to become peritoneal disease but at the moment my chemo is keeping it in check. In December I will complete 12 months of chemo, so I will not be shaving and re-growing my beard (it would take too long due to chemo) but I will be aiming for a range of colours throughout the month for your delectation.

"Thanks to all at Bowel Cancer UK, you are fab!" 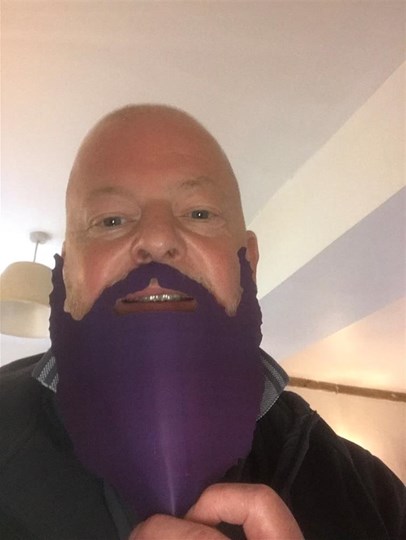