Nellie has been making face coverings to raise money for us in memory of her uncle Paul who died from bowel cancer last summer. She’s now raised over £2,000. Nellie’s mum Kaeti tells us about her amazing effort:

Nellie is 12 and as well as her home learning she has been making face coverings of all designs to raise money for Bowel Cancer UK. This is in memory of her uncle Paul, my brother, who sadly passed away from the disease last year just nine weeks after his diagnosis.

Paul was 56, a devoted husband and father to four wonderful children. He grew up and lived in the Yorkshire Dales where he played a huge part in his local community, whether it be in the running of his large successful cafe and bakery or by dedicated work for local organisations such as the Cricket Club. Paul was experiencing symptoms and even went through screening the year before, but sadly it was undetected.

Nellie started out making masks for family and friends but soon realised this could be a great way to raise funds. Working alongside me, Nellie has mastered the sewing skills and is great at the fiddly bits and production is booming. She has hung a bucket on the gate outside our home which is regularly topped up with masks and in return residents have been making donations.

Orders have also been posted across the UK and with a Facebook fundraising page she was delighted to smash the £2,000 mark. Far higher than anything she expected.

Nellie says “It started off small, but it’s all gone a bit crazy really. The people of Boroughbridge have been so kind. I have had donations of fabric, elastic and envelopes to post the face coverings. I like the fun and funky designs which I hope will bring a smile to people. We have made some for businesses and have posted them to grandparents who haven’t seen their family throughout the lockdown.”

We will keep making them for as long as people keep donating. It's given us, and especially Nellie, a great purpose and she is quite overwhelmed at how it has taken off.

The charity is one very dear to us and we have been touched by how many have expressed the importance of you work.

If you're inspired to do something similar then do get in touch with the fundraising team at community@bowelcanceruk.org.uk, we would love to hear your ideas.

Or take a look at some virtual options here: 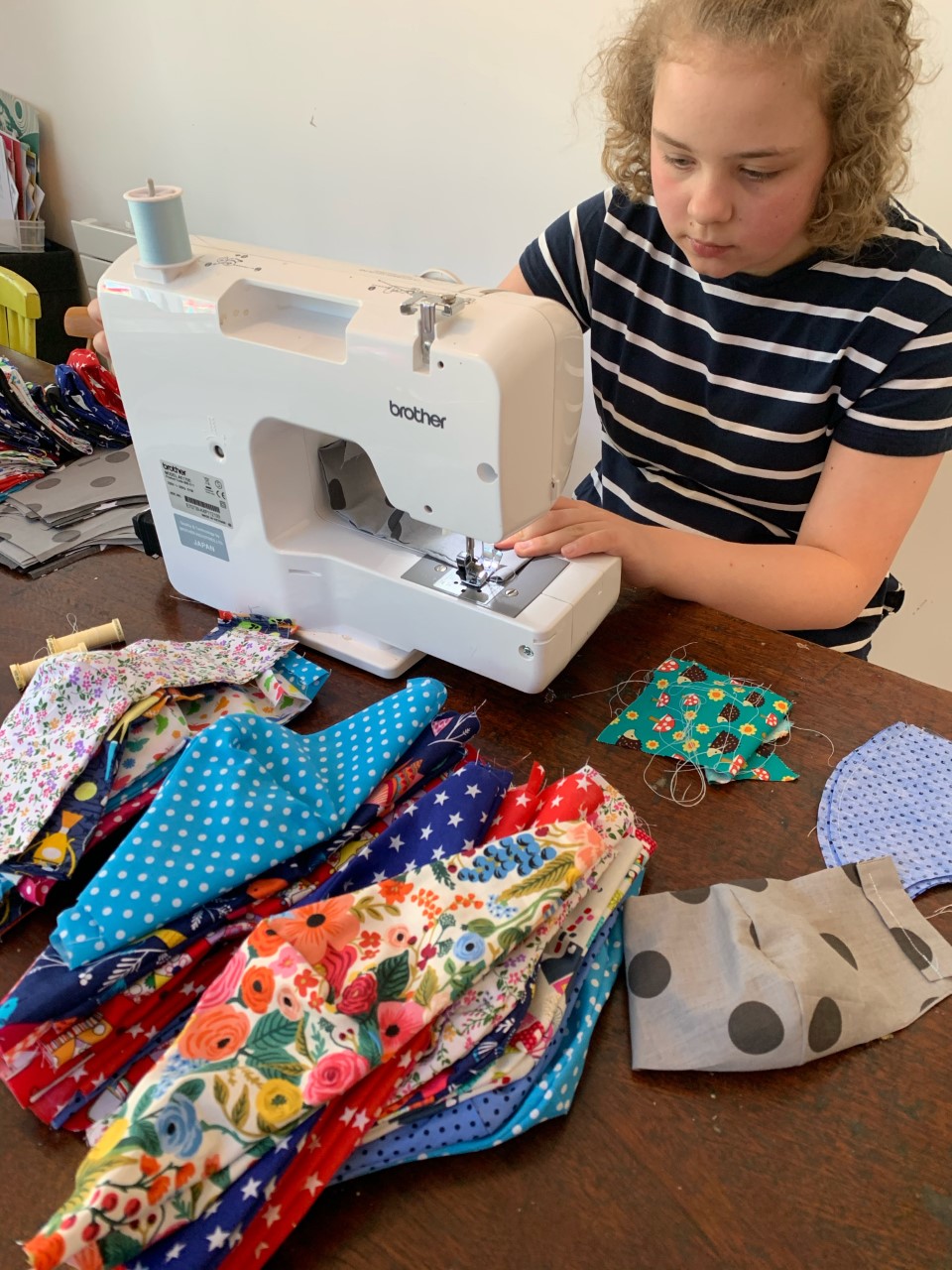 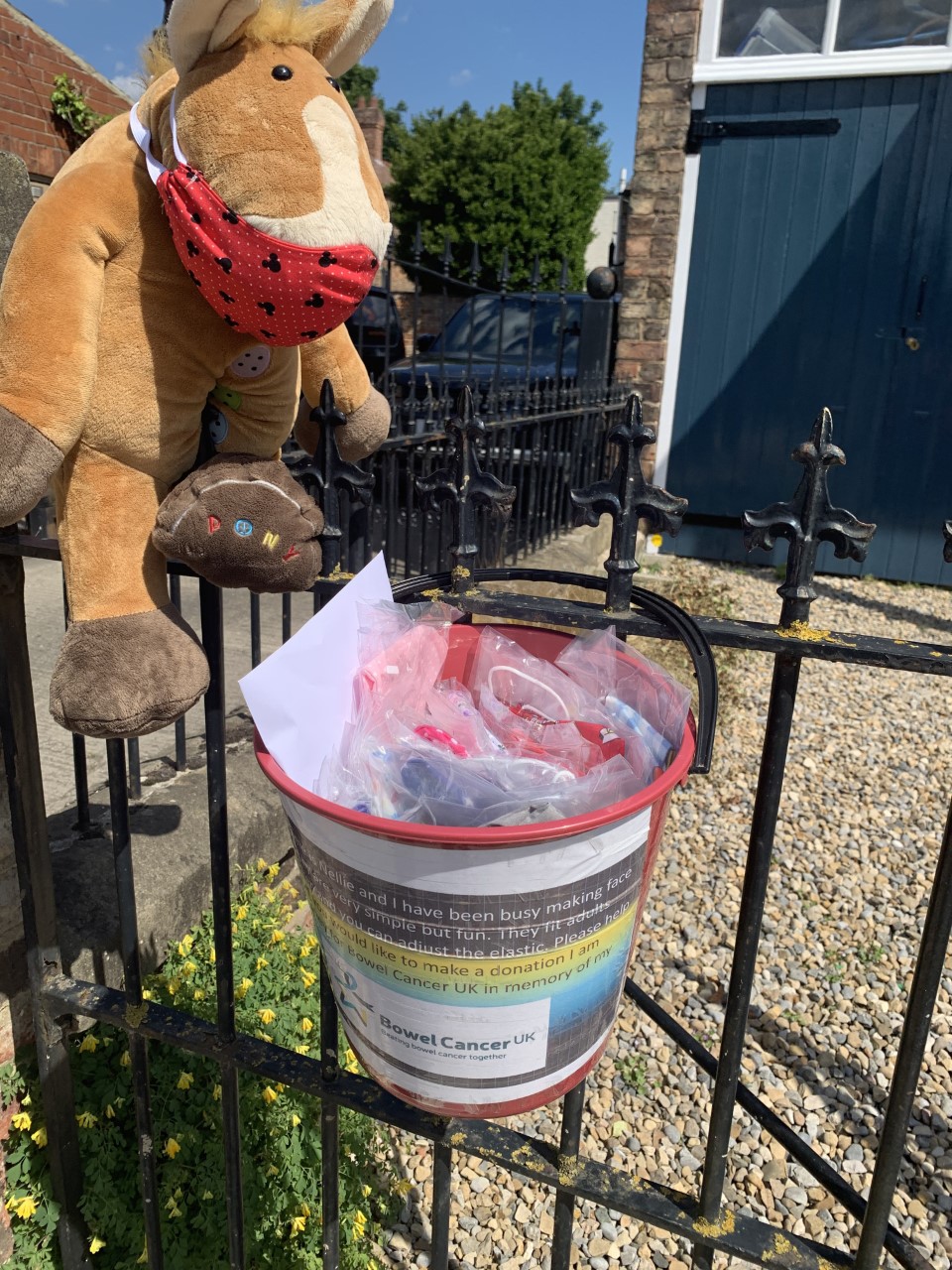