Meet some Step up for 30 first timers

There's still time to Step up for 30 with us in April! It's really simple, just get active every day during the month and ask people to sponsor you. We spoke to four people who are taking part in the challenge for the first time.

Carol Breen, from Lanarkshire, is taking part in Step up for 30 to support her husband Graeme, who is currently going through treatment:

Bowel cancer has been part of my daily life for the past 13 years. In 2008 my best friend and husband, Graeme, was diagnosed with bowel cancer, which spread to his liver, at the age of 43. We knew our lives would never be the same again.

After a hard five years of major operations, chemotherapy and radiotherapy, he reached his five-year milestone of being in remission. We filled these years with many great memories and trips of a lifetime!

However, cancer returned with a bang in 2018, and Graeme and I had to relocate to Manchester from Scotland for four weeks. He needed a full pelvic floor clearance, which couldn't be done where we live. Graeme now has untreatable lung and hip tumours. It's important to us to raise awareness of bowel cancer, and that's why we're taking part in Step up for 30. 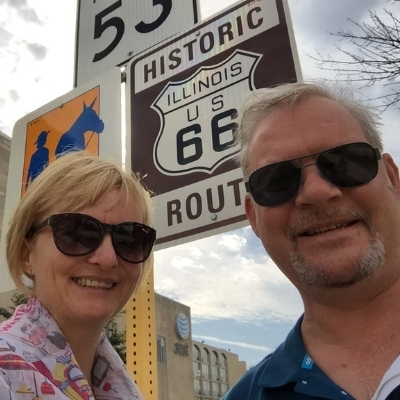 Gin King, from Buckinghamshire, is taking on the challenge whilst having chemotherapy:

I was diagnosed with bowel cancer in 2017, which was treated with surgery and chemotherapy. However it has since reoccurred in my liver and then again in March 2020 with multiple tumours in my lungs. I'm now having more chemotherapy, which at present is keeping it under control.

After a rough year for me and my family, I have realised that getting out and being active is good for both my physical and mental health. Taking on Step up for 30 for Bowel Cancer UK has given me the chance to both raise money for the charity and awareness of the disease.

Since signing up I have been amazed at people's generosity. People used to ask me what they could do to help and on some levels there is nothing they can do, but this has helped me realise I have an army behind me. 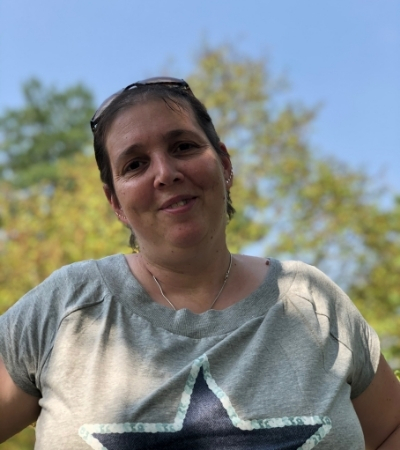 Rebecca Costello, from Stockport, is a colorectal cancer nurse specialist. She's taking part in the challenge with her family:

My journey with cancer started with my nurse training at the Christie Hospital, Manchester, in February 1999. Since then I've been an advocate for the importance of early detection and going to your GP with any symptoms of cancer.

I am passionate about raising awareness of the signs and symptoms of bowel cancer and the services available to those who are diagnosed with the disease. I feel blessed to be living beyond my own breast cancer diagnosis. Step up for 30 is something we can do as a family to raise awareness, money and show our support for Bowel Cancer UK. 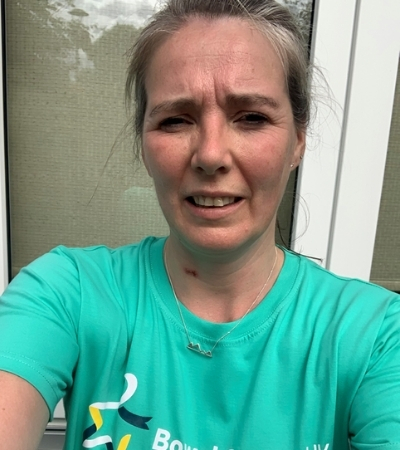 Sue Walkden, from Merseyside, is celebrating being in remission by signing up to Step up for 30:

I first went to my GP in September 2019 about my ongoing bowel problems. After a colonoscopy in January 2020, I was told I had stage 3 bowel cancer. I had surgery a month later, in which they removed two tumours. I also had a temporary Ileostomy bag, which was followed by three months of intense chemotherapy.

Since being given the all clear in December and returning to work in January, I'm now doing regular walks and can't wait to start the Step up for 30 challenge.

Feeling inspired? Sign up to Step up for 30 today. 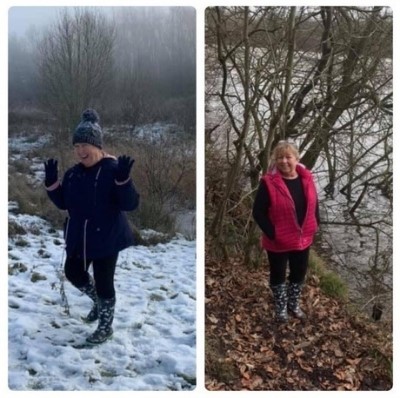