Will Carlisle, 25 from Somerset, lost his sister to bowel cancer in April 2020 – just four months after she was diagnosed. As a way of coping, he and a friend cycled 1,000 miles from Land's End to John O'Groats and raised £12,000 for three charities.

My sister Charlotte was 33 when she was diagnosed with stage 4 bowel cancer in December 2019. We all thought it was gallstones but we soon realised it was much more serious than that, as the cancer had spread to her liver.

Charlotte was the most amazing woman. She had such a zest for life, she would book a weekend away on Thursday, fly to Europe the following day and be back at work on Monday. She never stayed still, always travelling and was full of spontaneity.

When she died on the 3 April 2020, I needed to find a positive way to cope. To be honest it could've gone two ways, either drown my sorrows in a pub or take on a challenge of a lifetime.

Me and a friend had always talked of cycling the Land's End to John O'Groats challenge, and this was just the perfect opportunity to do something positive for charity. It gave me something to focus on whilst I was still grieving.

We're not hugely into cycling but spent a week training before embarking on the 1,000 mile route late July. We took a train to Scotland so our family and friends could be at the finish line in Cornwall, but unfortunately we missed our last connection due to the previous night's pub trip. It meant that we had lost a whole morning so instead of cycling around 50 miles a day, we had to do around 80 instead to make up the time.

The weather in Scotland was unforgiving, it constantly rained whilst we were on the road and wild camping. Sometimes we would up hold up a mile's worth of traffic as we were slowly, slowly cycling up a huge hill. It was intense, especially as we were carrying all our luggage. However the views, especially in Glencoe, made it all worthwhile.

I remember just free rolling down a huge hill for around five miles, I think at one point I must've hit over 55mph. All I could think of was not hitting a pot hole!

At one point we were cycling through Dartmoor National Park. We hadn't eaten enough food and our bodies were starting to shut down. It was late in the evening and in the distance outside a house were cakes with an honesty box. I've never been so happy to see cake, it gave us enough energy to cycle the 15 miles to our Airbnb.

Throughout the 14 days it took us to complete the challenge, we made sure to constantly update the JustGiving page with videos of our progress. We had a lot of people follow us online. We managed to raise an incredible £12,000 for three different charities. We chose Bowel Cancer UK, St Margaret's Hospice who looked after Charlotte amazingly well, and The Samaritans as she was due to start volunteering with them.

Take on a challenge and help create a world where no one dies of bowel cancer. 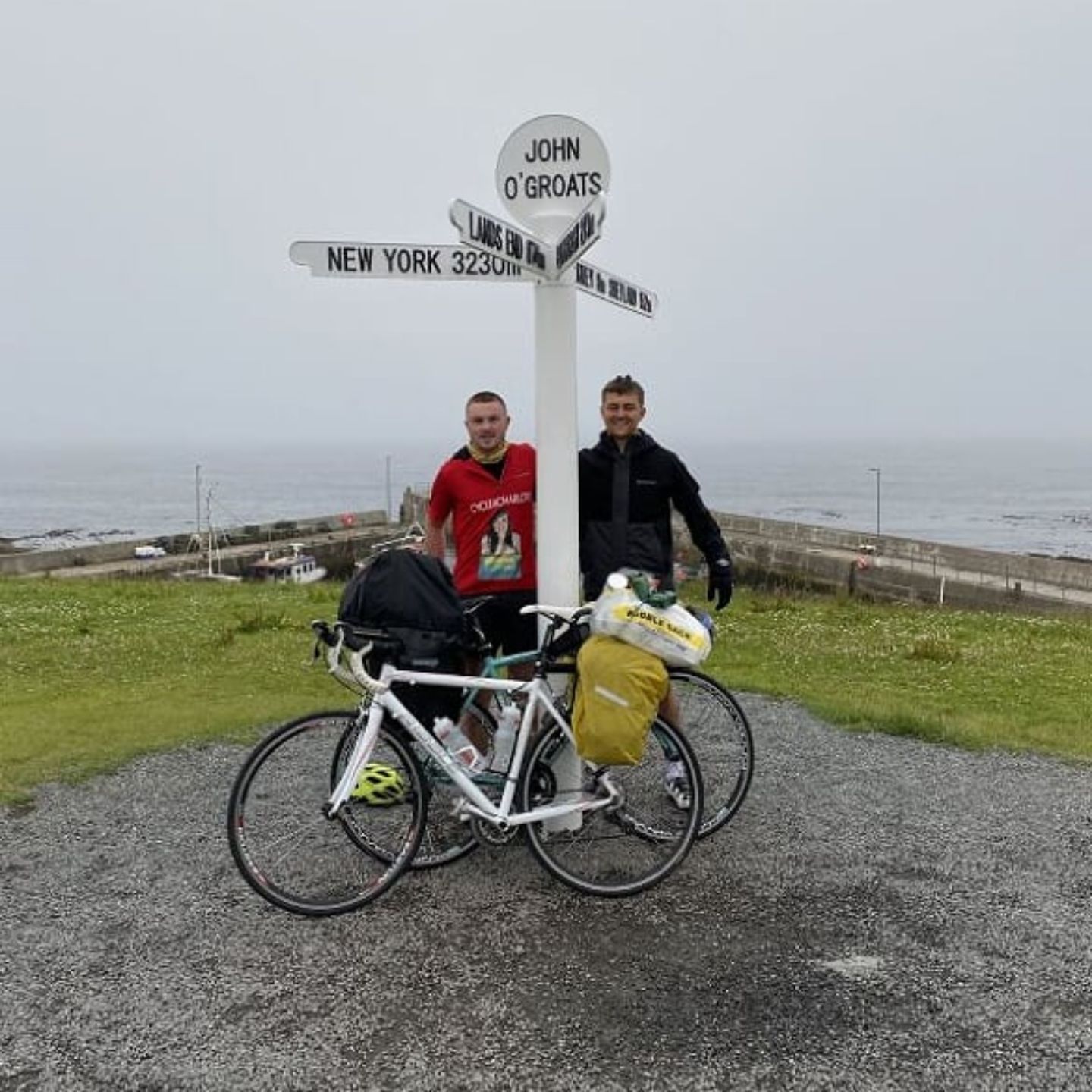 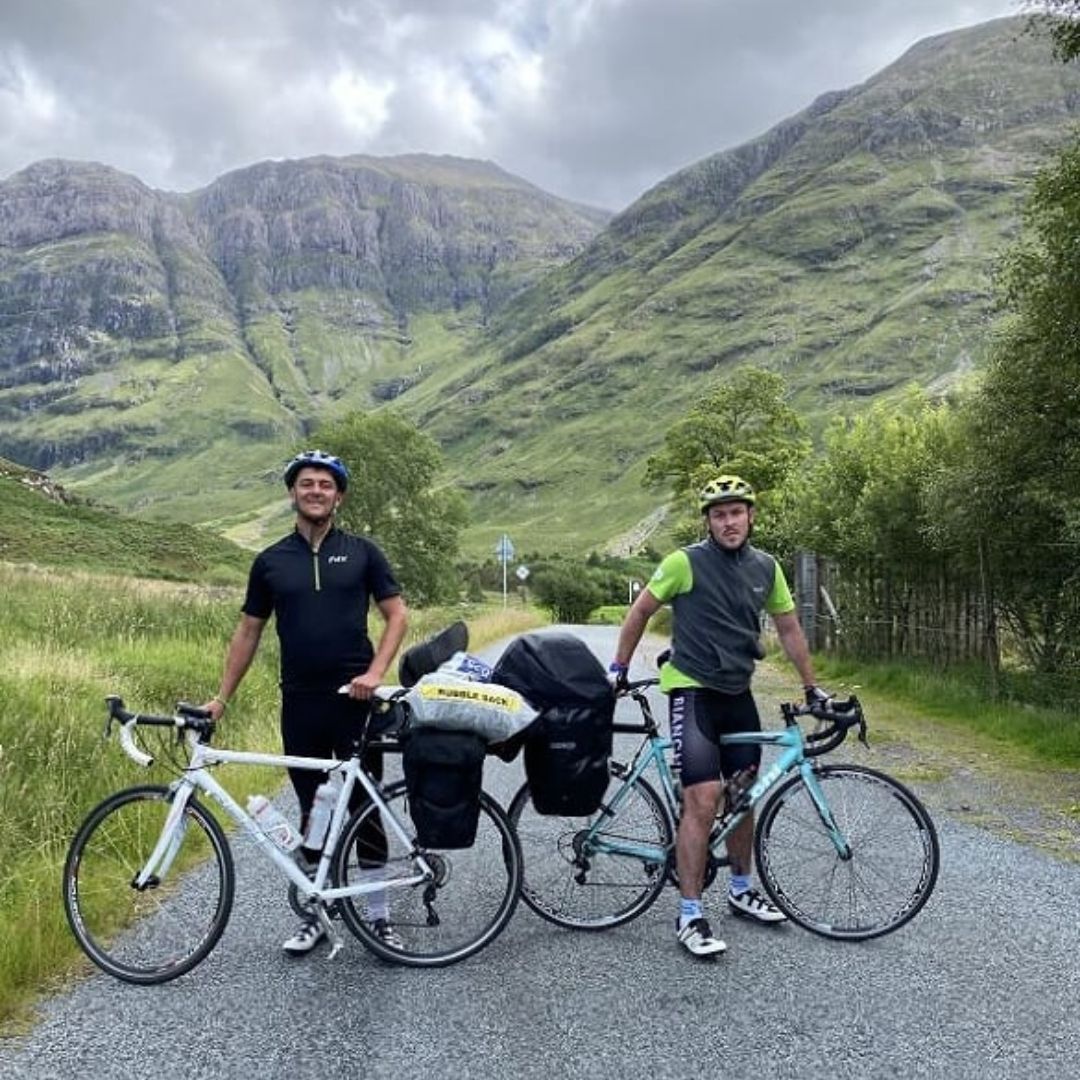 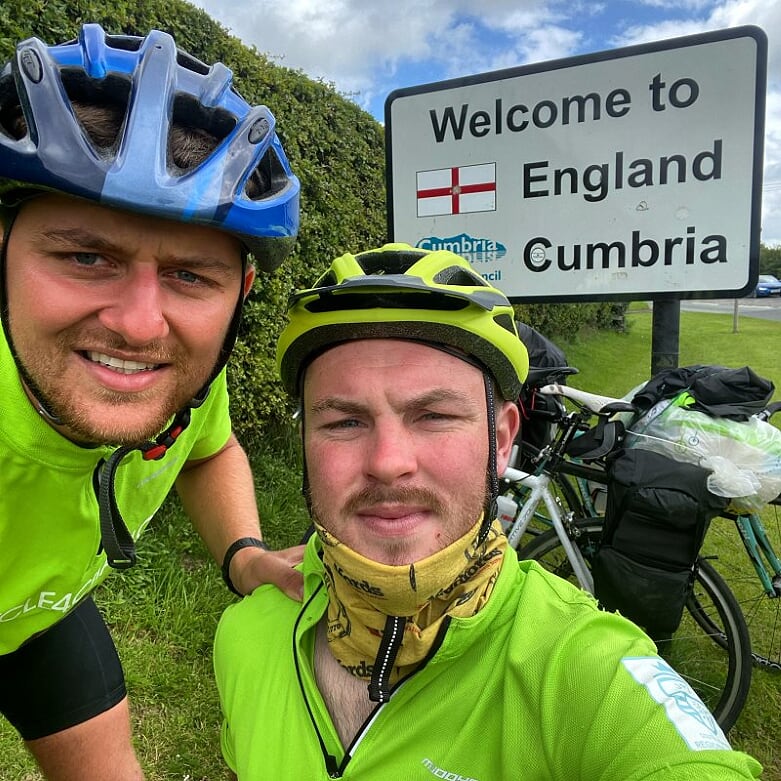 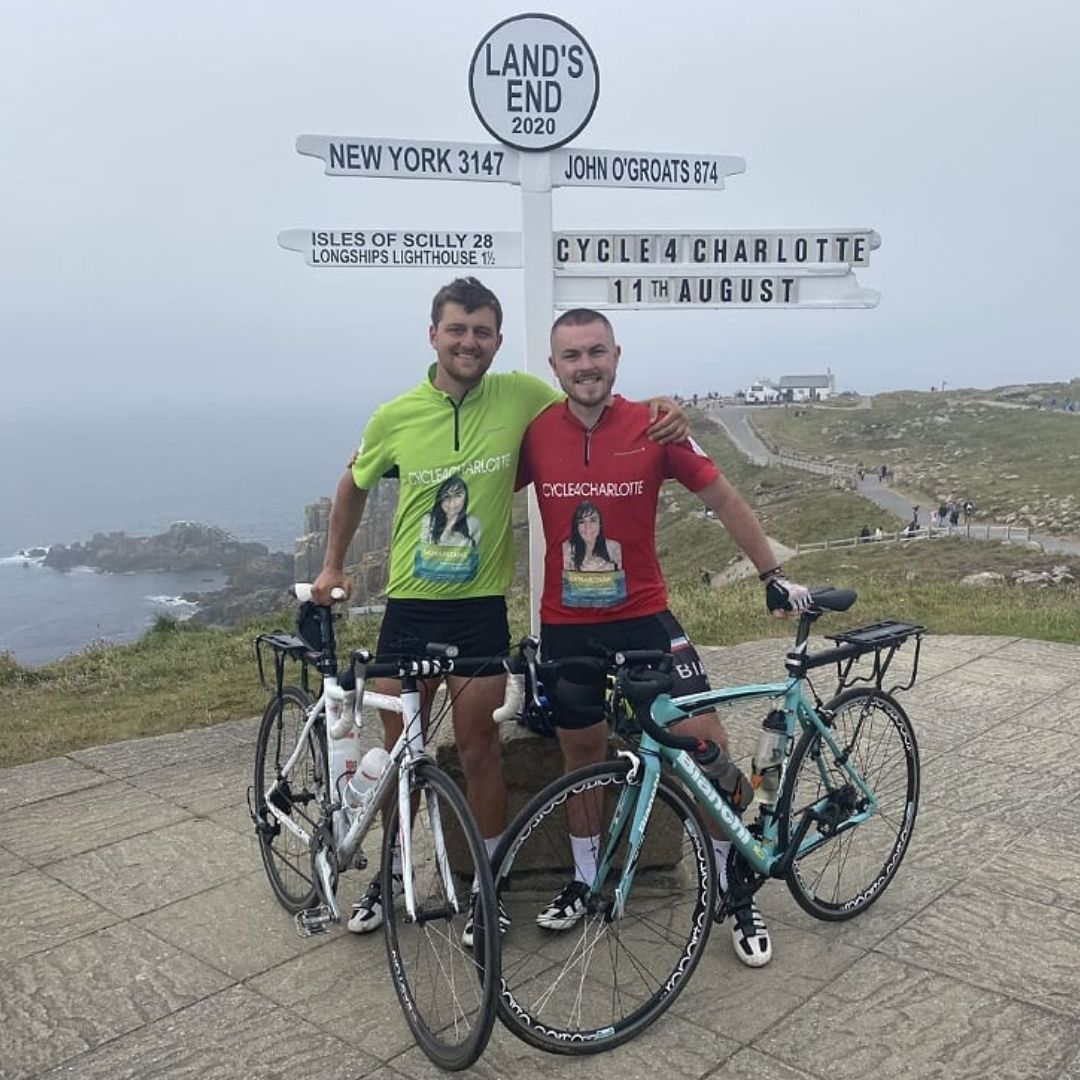