Alissa, lost her colleague, mentor and friend Tim in April 2021. She and her colleagues at Dentsu hosted a series of fundraisers in his honour and managed to raise an impressive £21,500 for us.

I first met Tim on a new business pitch in 2018 where he was brought in to lead the project and mesmerise the potential client to help us win. I immediately fell in love with his smarts, his positive attitude and the fun he brought to the gruelling process that pitching is. 12 hour days stuck in one room with the team didn’t seem so bad; I learnt loads whilst still laughing a lot. At this stage, I was relatively junior, but Tim still made me feel important, heard and valued. This is the quality I admired the most in him over the next few years while he was my boss. He would make everyone feel special and interesting, regardless of who they were, what level they were or what job they did – a true gent, as tons of LinkedIn comments read under my post about his loss.

Over the next three years, Tim became my mentor, friend and role model, as he was for many before me; who immensely influenced my career as well as who I am today both personally and professionally. After we won the pitch, together with Tim we went on to create a mini agency within our mother company, Dentsu, where we worked closely to set the foundations of what that looked like – our agency culture, values and crucially, our work. Tim was an incredible boss, a fountain of knowledge who was adored by our clients, pushed hard for the team’s success and respected us as individuals whilst ensuring we had a fun time too. I’ll never forget him treating our most junior staff member to a spa break when she felt overworked or all the times we went to the pub just because he felt we deserved it (or one day just because it was 36 degrees outside!). I can’t think of a more funny, positive, talented or personable leader to have had the privilege to learn from.

This is why, when in January 2020, just a couple of weeks after the Christmas break, it came to us as a shock that Tim was diagnosed with bowel cancer shortly after not feeling too well at work. This was the start of his battle which he sadly lost in April 2021. He was only 37, a month before turning 38 years old. In that period of just over a year, Tim remained his positive self, ready to fight and beat the disease. I kept in touch with him weekly, he joined a few team Zoom calls and we went to visit him. We lived through the ups and downs of his treatment together – hope given and then taken away. Then one day, I woke up to a WhatsApp message saying goodbye, thank you and sending love – Tim made sure to send as many of these as possible in his final days, another testament to that quality I admire in him the most.

His loss was excruciating to so many of us at Dentsu, as well as clients and media partners he had worked with, as they all came forward with messages, comments and shared memories of Tim – he touched every person he met, even if they didn’t know him well. Because of cancer, we had been robbed of a wonderful friend and colleague and because of COVID-19, we had been robbed of a chance to say goodbye. It felt unfair.

To channel our grief and in the hope we could help others in their fight with this awful disease, we decided to organise a fundraiser in Tim’s memory. We wanted to create something that was in true spirit of his incredible personality. Tim loved sport and competitions, he always came first in any activity we did together (overachiever!) so it seemed a no brainer to organise a sports day filled with fun activities, culminating at his favourite place, the pub. ‘TJ’s Grand Salami’ was born and with the help of our magnificent media partners and a core team of organisers, TJ’s Angels, we hosted eight sports day events – from Sky recreating the Budweiser Dream Goal, to Channel 4 hosting a ‘Bake Off Unprofessionals’ and Google grilling everyone with quizzes. We wrapped up the day at the ‘Hero of Maida’, befittingly renamed ‘The Hero of Media’ for one night only, where we held an auction, followed by food and drinks and even a Kisstory DJ. We celebrated Tim’s life in true TJ style and we hope to have given him the send-off he deserves.

Most importantly, we raised £21,500 for Bowel Cancer UK from nearly 400 people in Tim’s memory – an effort we are extremely proud of. It doesn’t bring him back but it gives us some comfort to know we might be able to help others in their battle with this heinous cancer that took away our Tim far too young. We hope ‘TJ’s Grand Salami’ becomes an annual event and we continue to support Bowel Cancer UK in the brilliant and vital work they do.

You can support our cause on here: https://www.justgiving.com/fundraising/TJ-TimJones 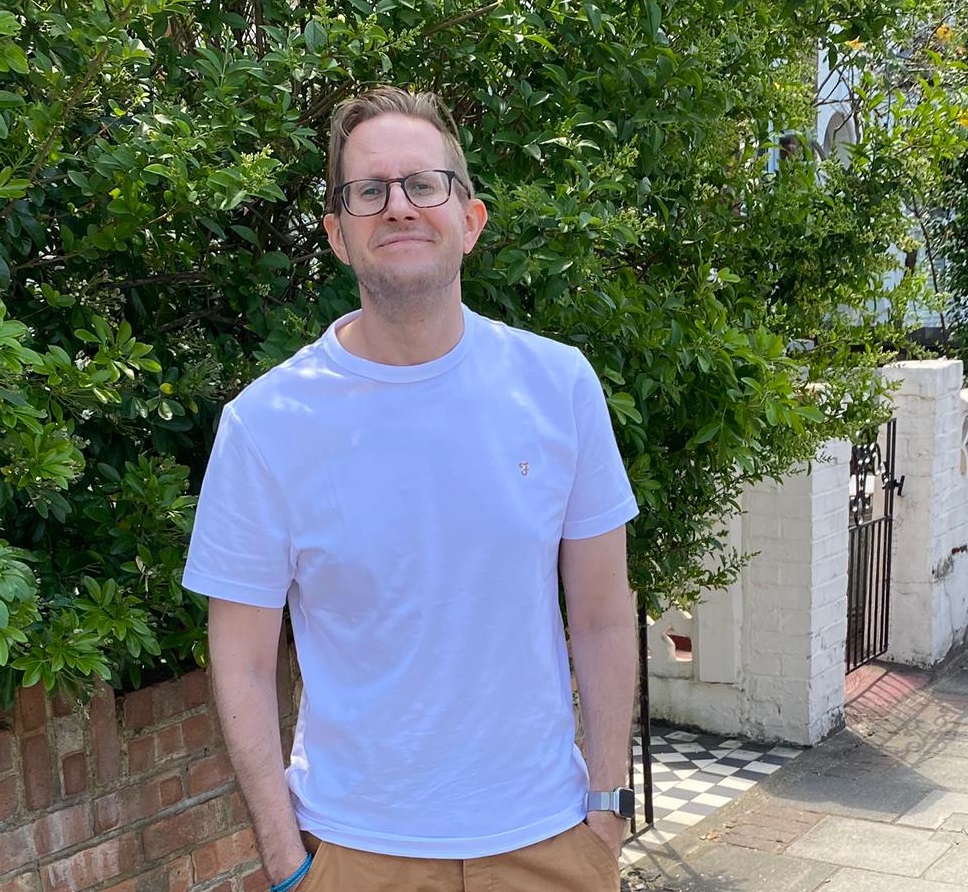 Alissa's colleague, mentor and friend Tim who sadly died of bowel cancer in 2021.