How to organise a Summer Ball, by Bridget Bentley

Bridget was diagnosed with bowel cancer at 54 years old, in May 2016. The charity supported her through our online community, which was a ‘godsend’ to her during treatment. After a stable scan in March 2019, she wanted to give back to the charity by organising a Summer Ball.

Having left full time employment I needed a project. When I got the news that my scan was stable I decided to go ahead and organise a Summer Ball to raise funds for Bowel Cancer UK. I felt passionate I wanted to give something back to the charity that had helped me so much, as well as raising awareness of the disease.

I went into planning mode, firstly securing a date, a suitable venue and a quick message out to family and friends who would be interested in coming. Of course I was then committed to this project, within three months from point of deciding.

Friends offered their services, bunting was crafted and flower arrangements designed. I wanted it to be in the colours of the charity but not too ‘cancery’.

Menus were decided and the detailed planning at the chosen venue, which happens to be owned by a friend of mine from young farmers back in the day. The team at the venue, Morley Hayes pulled out all the stops helping with table planning and place cards all with the Bowel Cancer UK logo.

With the help of the team in the charity’s office, a standard letter was produced tailored to the ball to request donations for auction and raffle prizes.
I set up a plan of companies to target to request such items and was overwhelmed with the response from unexpected corners. A well renowned and local artist offered to donate some of his paintings as he was passionate about the charity. Many other companies such as Ragdale Hall, Stancliffe Hall, Sally Montague Spa, Thornton’s chocolates, White Peak Distilleries to name a few offered lovely prizes and items.

Other people donated money in advance as they were either not available or black tie dinner is not their thing!

The day was fast approaching and a lot of finalisation to be done. I delegated various roles to others, playlist crafted by my brother in law, auctioneer appointed and raffle ticket sellers appointed for the night.

I must admit at this stage and also on cycle 22 of chemo, I was thinking “why have I done this?” But chemo cycle 22 was completed two days before and so rested up for a few days prior to the big event.

Weather forecast was predicting hottest day this year and of course it was, 33 degrees at 1800 - not sure how this was going to go!!

The evening was lovely, had drinks reception in private garden at Morley Hayes, red carpet was rolled out for the event. Table plans were all finalised, speech prepared. The evening flew by, there a nice buzz of conversation and smiles in the room – it was a happy event. From my perspective it was a chance to acknowledge what’s been going on in my new world, raise some awareness in the community and make some money for Bowel Cancer UK to give back something to the charity. I believe all those goals were achieved and feedback from the event was very positive.

Time to close off and hand over the grand sum of £4,000 to the charity and it was great to meet Deborah Alsina, Chief Executive, and the team to celebrate the success of the event. We had a ball! 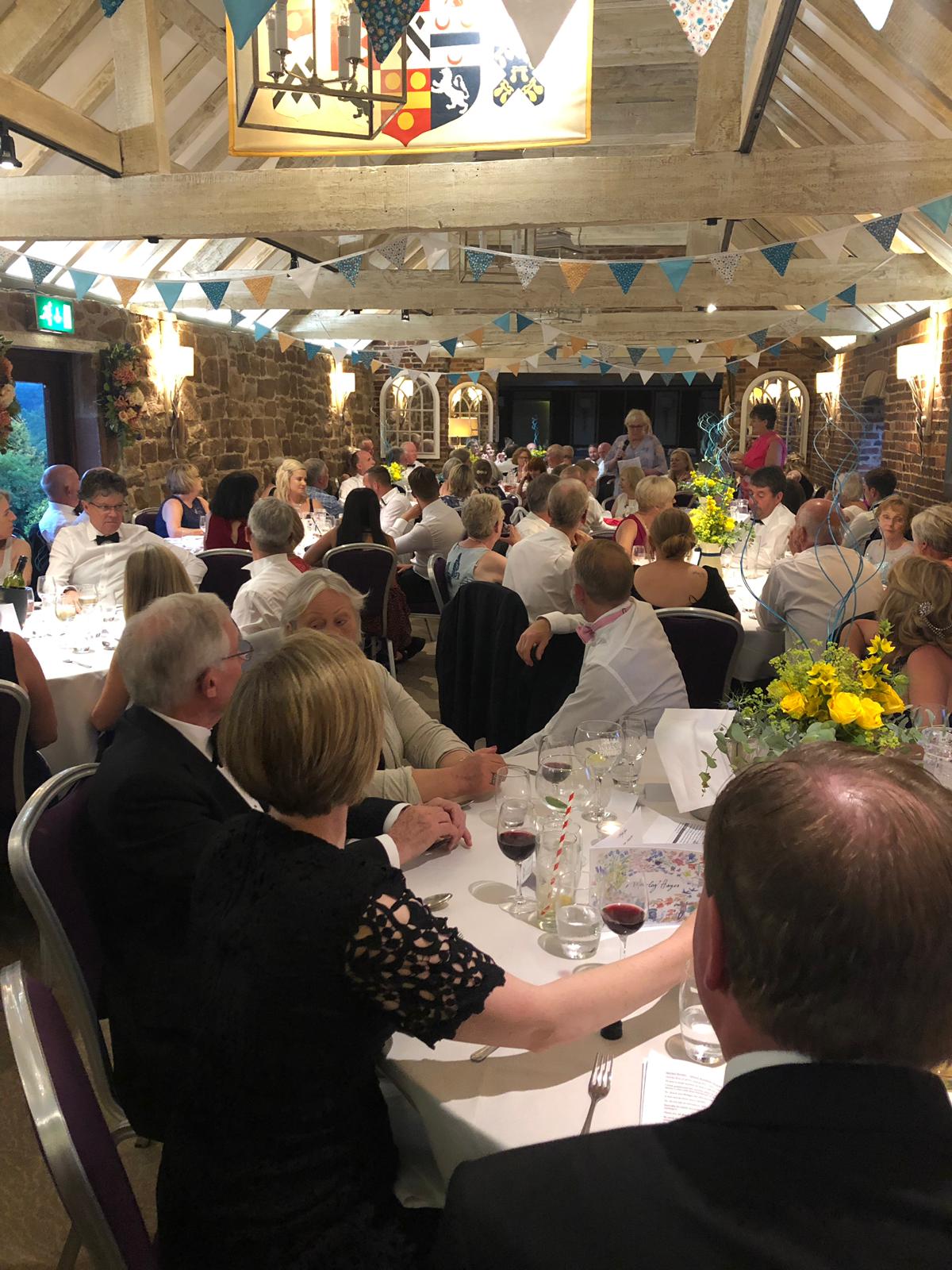 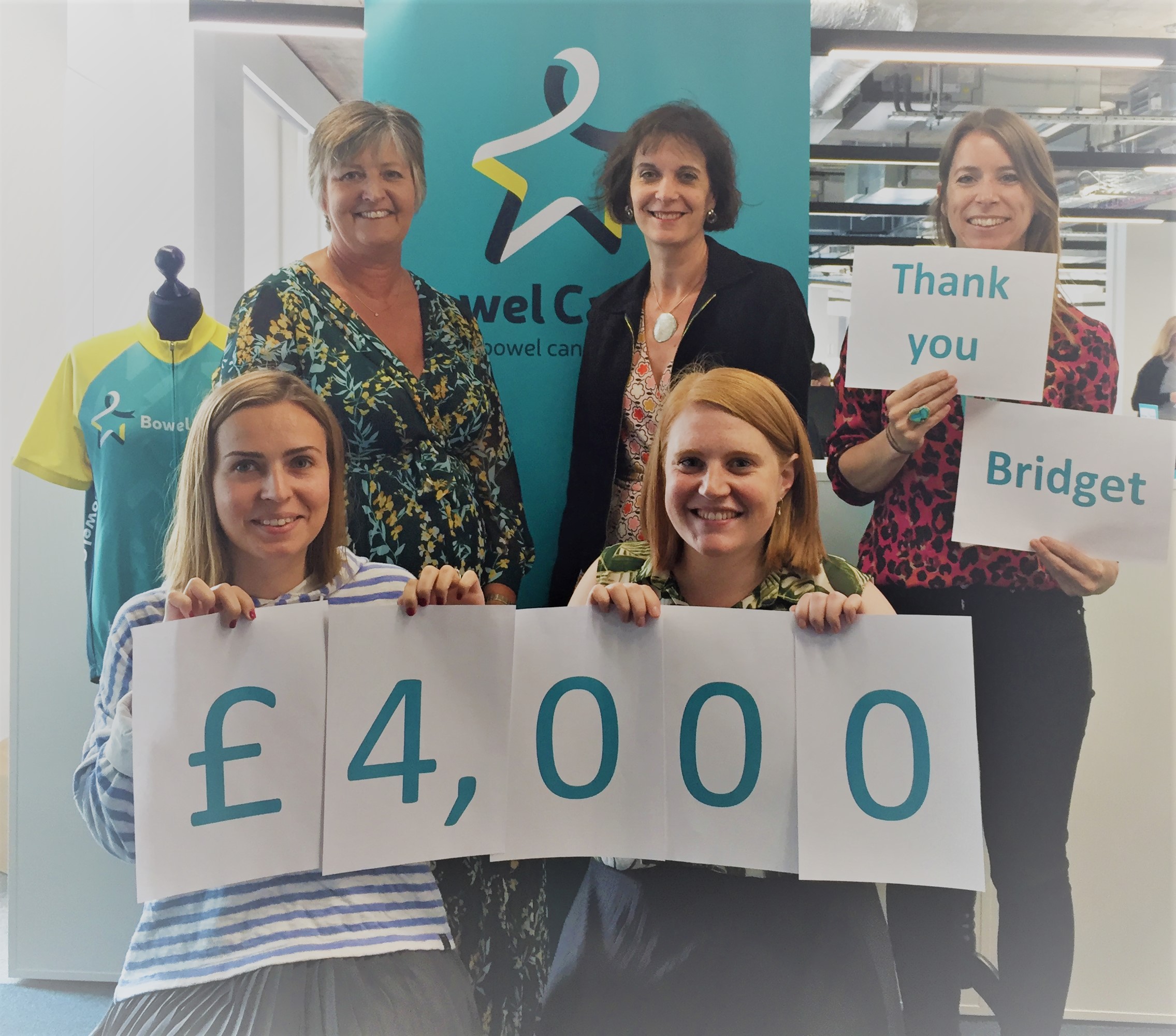