How Maureen managed her diet with a stoma

Maureen Burns, 62 from Fleetwood, was diagnosed with bowel cancer in May 2017. As part of her treatment she had a stoma, which has since been reversed. She shares with us how she managed her diet with a stoma.

I read so many leaflets about having a stoma bag and whilst the logical side of my brain understood why it was necessary, the rest of me was terrified. Those early days were so hard, not only learning all the practical things of how to clean and change the bag but also managing what I ate.

The leaflets said "keep to a low residue diet, the output should be a porridge like consistency." What on earth did that mean? I had just come through some pretty serious surgery, what would happen if I ate something not on the list, could I mess something up, would I end up back in theatre?

Once I had stopped panicking, I thought about what the stoma was actually there to do and where it was in my internal plumbing. The bowel would normally do some amazing things as it processes the food you eat, with fairly solid waste matter coming out the other end. A temporary stoma by passes most of that process so you need to be conscious of what you eat and avoid anything bulky, fibrous or tough, like fruit or potato skins.

The exit in the stoma where your ‘porridge-like poo’ passes through is quite small so when I thought about it I could understand why eating anything with a pip, seed or kernel is best avoided - in case something gets stuck. It appears that if something does get stuck, at best you have belly ache whilst it tries to work itself through the exit or you have to pop back to hospital to get it sucked out. Shudder the thought, I did not want that to happen to me!

Eating nothing was not an option if I wanted to help my recovery, so I had to find a pathway that gave me enough nutrients to get better. Whilst also recognising the limits of a temporary stoma placed on me.

We are all different, but for me, the best approach was to take things very slow, sticking to bland food and avoiding seeds and skins. I ate a lot of porridge, soup, potatoes without skins and white bread in the early days.  Little and often, gradually building up the range, type and texture of foods.

I found I could tolerate bananas quite well but little else in the fruit range. Onions caused some bad wind pain in my stoma so I switched to shallots which were much kinder. I avoided mushrooms, peas, sweetcorn and salad leaves as either they came out the same as they went in or they made the output from my stoma very watery.

I increased my salt intake to make sure that my body was taking in enough. I built up my protein intake and as long as I chewed it properly I could enjoy chicken and beef without any problems. Fish and eggs were also alright occasionally but there is a smell when changing the stoma bag. You have to learn to adapt!

The list of foods that I missed whilst having my temporary stoma was quite long and I was looking forward to tucking into everything once it was reversed.

However, food had not passed through me normally for over a year so once again I was advised to start on a low residue diet and build up my range and texture of foods again. So I followed the same routine initially and increased my range of foods over a few months. If I wasn't sure I only had a taste or a small portion to see how well I tolerated it.

I suspect everyone manages at a different pace but 12 months on from my reversal I can eat more or less what I like. There are only a couple of foods which do tend to give me tummy ache but I can happily live without pineapple and jelly!

Read our Eating Well: a guide to diet and bowel cancer booklet for more information about your diet during and after bowel cancer treatment. 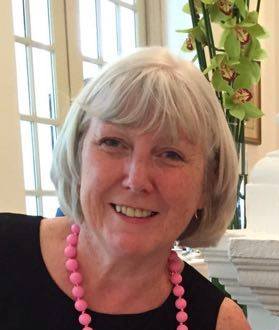