Dorcas Crawford, a partner at Edwards & Co. solicitors, shares with us why her company is so determined to support Bowel Cancer UK every year.

I met Rosi in 1993 when I was given an ambitious project in Edwards & Co. of phasing out our electronic typewriters and replacing them with new computers. I met with lots of computer sales people and I found them a bit of a nightmare, trying to sell as much as they could without thinking about our needs. Then I met Rosi, who worked for a Belfast IT firm and was a breath of fresh air! We hit it off instantly. She told me we were her first clients to celebrate computerisation with a staff night out on the town, which ended with Rosi and I dancing on the tables!

We were at very similar stages of our life and very quickly became best friends. Our children are similar ages and we’re godparents to each other’s children. I will always remember the excitement of us both getting our first hands-free phone kits which meant we could chat to each other in the morning traffic after dropping off our children and we could support each other in all the craziness of being full time working mothers.

Rosi was diagnosed with stage 4 bowel cancer at 45 years old in 2009. She went back and forth to her GP, who was treating her for irritable bowel syndrome (IBS), but eventually was referred to see a consultant at the local hospital. At the appointment, he was very dismissive of her symptoms, saying she was far too young for it to be bowel cancer, despite a family history, and then treated her for digestion problems.

In spring 2010, Rosi became very unwell and started to suffer gynaecology problems. This time her referral was to a gynaecologist who was much more attentive and referred her for a number of tests. By then Rosi was getting very poorly very quickly. She had an obstruction in her bowel and the CT and MRI scans revealed she had bowel cancer with secondaries in her liver, lungs and ovaries. She was only 46 years old.

She had major surgery, resulting in a permanent colostomy bag. This was quickly followed by a series of chemotherapy cycles. At this stage Rosi’s sons were 10 and 12 and she refused to ask her oncologist for a prognosis, determined to survive the horrendous effects of both the cancer and also the chemo. It always surprised me that, for someone who worked in IT, she never once googled her symptoms and it was clear to me that her way of coping was not to find out too much detail.

Rosi was a woman who never took no for an answer and she approached cancer in the same way. However, despite repeated chemo, she became increasingly ill and eventually had to accept that the chemo was doing more harm than good.

She was admitted to hospital one last time in March 2011, and after some wise advice from a nurse she particularly trusted, she agreed to stop the chemo. Shortly after she moved to the local Marie Curie hospice where they did incredible work making her as comfortable as possible. I remember those weeks with such a mixture of emotions – we had precious hours together when I would still paint her nails – her favourite new Chanel colour, and massage her favourite lotion into her hands and feet – standards were not to be dropped!

Two weeks later, many hearts were broken as we lost one of the strongest, most inspiring women I’ve ever known.

Throughout her treatment, Rosi was constantly fundraising for Bowel Cancer UK. She rallied everyone around her to do something, she was one of those people you couldn’t say no to. Many friends and colleagues joined her in her ambition to raise awareness and funds for the charity.

Rosi made contact with the (now former) Chief Executive Deborah Alsina for support and information about the disease. There wasn’t a specific bowel cancer charity in Northern Ireland, and at the time no presence from the charity in the country either.

Her first event was a ‘Santa Cycle’ and she corralled several hundred ‘santas’ to cycle across Belfast and we raised almost £20,000. It was an incredible day with all of Rosi’s friends and family willingly involved.

Rosi had an infectious enthusiasm and also involved her friend and colleague Patrick McAliskey who, in the year after Rosi died, ran 52 half marathons for the charity.

Rosi’s brother was a GP in Australia and knew how advanced they were in diagnosing and treating bowel cancer in the country. It made her determined to have the same access to the best treatment and care in Northern Ireland.

Rosi and I went to visit her local MP, Sylvia Hermann, who had taught me at law school and was only too willing to help, having had bowel cancer in her family too. She was very interested in how she could help to make real change for patients affected by the disease and used her political influence to make introductions and to help us with our aim to engage local government in better screening, etc.

It was the year after Rosi’s death that Edwards & Co. decided to continue her legacy by announcing Bowel Cancer UK as our Charity of the Year.

Our first fundraiser was a cycling challenge starting at 7am and running through the working day with staff and even clients racing on static cycles against the staff and members of the gym at the local Merchant Hotel to see who could reach the target of 300km. We raised over £4,000 on the day and our staff became infected by the challenge.

Since 2013, we have sponsored the charity’s Christmas Carol Concert at Stormont – it’s become a very special annual event that brings together everyone affected by the disease during the festive period as well as raising funds and awareness.

We hosted business breakfasts and lunches in Belfast with all the money raised going to the charity.

During that time Pamela Ballantine, a well known local television presenter who had been a friend of Rosi’s, agreed to be our NI patron and does amazing work in supporting the charity and all our events.

A third of Edwards & Co. staff were inspired to run the Royal Parks Half Marathon in October 2015 after a colleague sadly lost his wife to cancer, raising over £10,000 for the charity.

In 2016, we hosted a Cathedral Quarter Bake Off and asked businesses to enter their cake into a competition raising over £1,000.

In 2017, we also partnered with Novosco, to bring together 15 other local organisations to row the equivalent distance of a marathon on a rowing machine, raising over £15,000 for the challenge. Solicitors, barmen and women, personal trainers, financial advisors and even a ‘stag do’ got involved and rowed on machines borrowed from local gyms in Belfast.

We repeated the challenge in 2019 with great success and even more businesses involved.

2019 saw the greatest success yet for the charity’s annual ‘Walk Together’ with Edwards & Co.’s finance manager Sean Kelly using his connections to galvanise over 350 walkers and raising over £20,000.

It’s truly an honour to support Bowel Cancer UK and continue Rosi’s determination for bowel cancer patients to have access to the best treatment and care in Northern Ireland.

The support of our corporate partners is crucial to ensuring we can continue to save lives and improve the quality of life of everyone affected by bowel cancer.

As well as making a real impact on our work to stop people dying of bowel cancer, supporting us could also provide significant business benefits: 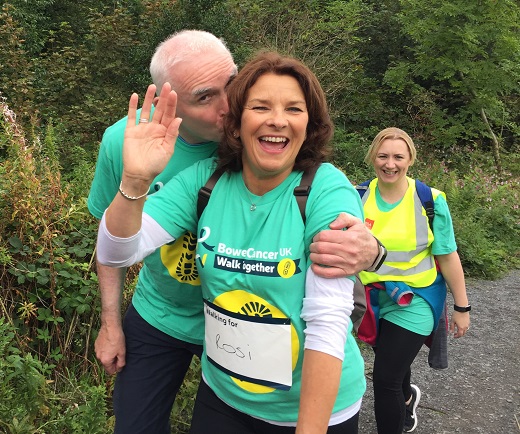 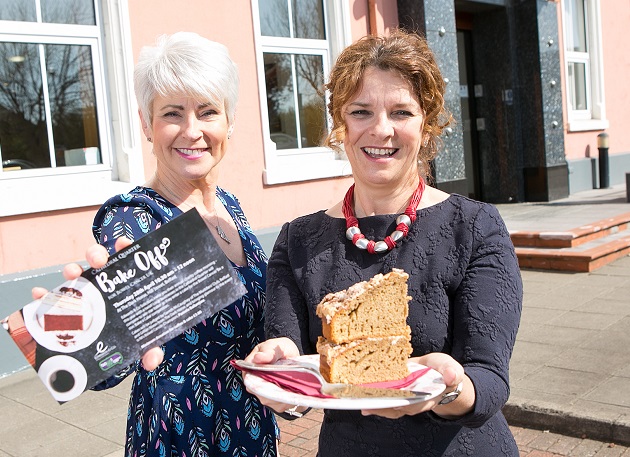